How Digital is Transforming the Tourism Industry
Insights Industry
Back

How Digital is Transforming the Tourism Industry 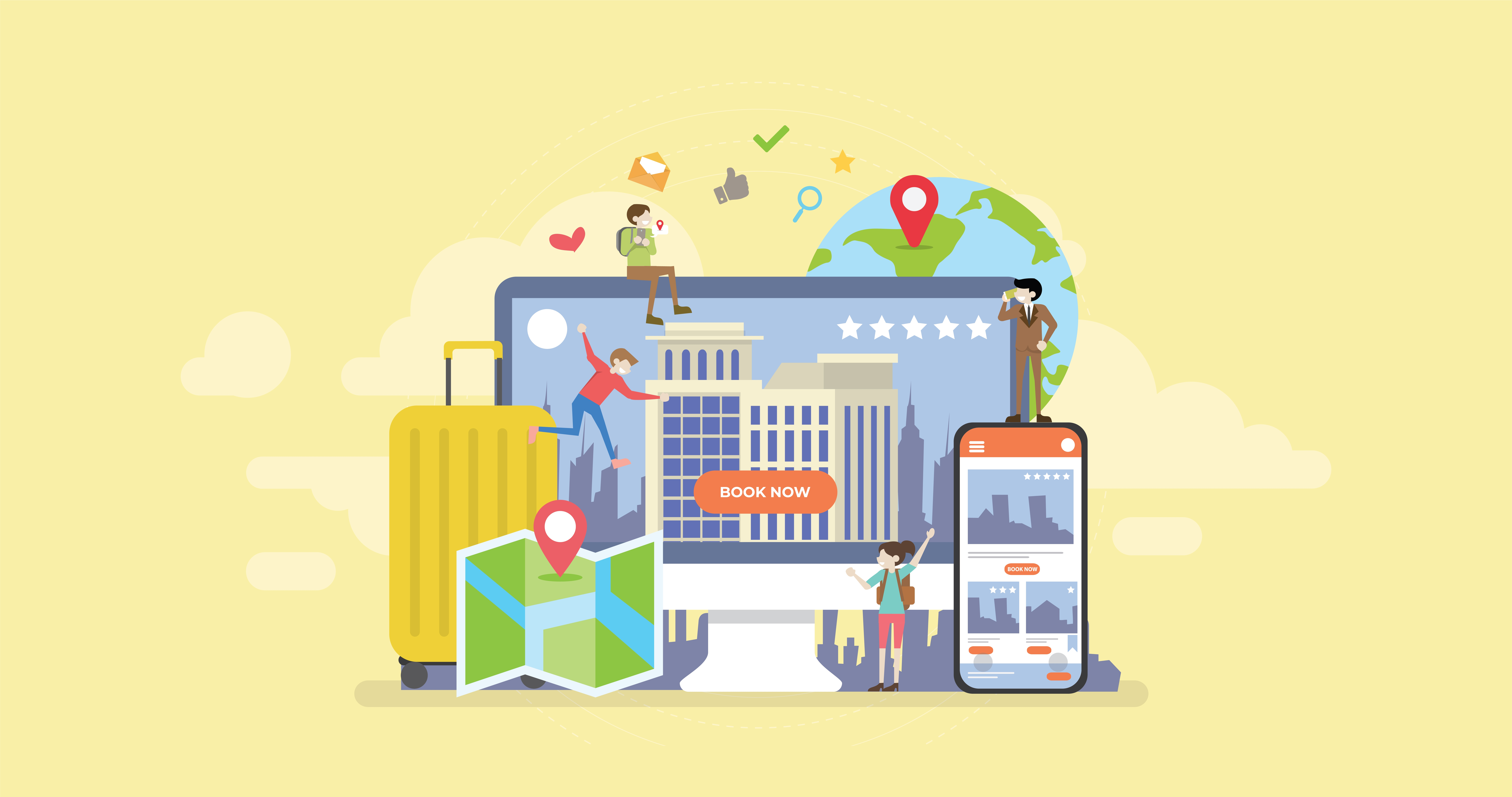 The ongoing impact of digital on the tourism industry in the Middle East, Africa and South Asia emerged as a popular topic of discussion at the annual MEASA Aviation Show in Dubai on October 14.

The event, which has been organized for several years by Terrapinn Middle East, featured tracks such as a Travel Tech Show that shed light on possibilities for digital engagement within the travel agency, tourism and hospitality sectors.

The travel experience has reached unchartered territory in terms of technology’s impact on journeys – both in regards to customers and the actual voyage. From websites that help cost-conscious travelers find affordable deals and organize personalized itineraries, to mobile apps like Google Maps’s Live View AR feature, that guides lost tourists with augmented reality-enhanced walking directions, travel will never be the same.

“Travel companies have embarked on a bold and somewhat mystifying trip to a new world. It’s a world where passengers and guests communicate their demands instantly and expect gratification in real-time [… a world where] travel experiences are not isolated events, but part of a connected journey,” said Cibien.

“Digital technologies have taken travel companies halfway there. Now, to meet people where they are, at moments they choose, travel companies need to embrace ‘post-digital’ technologies: distributed ledgers, AI, extended reality and even quantum computing (DARQ),” he added.

As exciting as travel itself is, it’s hard to overlook the excitement and anticipation that build from the moment when itineraries are planned and airplane tickets are bought, preferably at affordable prices. Whether through desktop, mobile or apps, the search and booking experiences offered by travel aggregators have played a key role in travel planning.

Travel search engine Wego has kept its fingers on the pulse of millennial travelers within and outside of MENA, thanks to initiatives like its mobile-first approach 2019 report on the world’s most Instagrammable cities; and its MENA Traveller Destination Leaderboard revealed at Arabian Travel Market in Dubai.

According to Mamoun Hmedan, Wego managing director of MENA and India, the early adopter approach by the Singapore-headquartered aggregator has played a major role part in its success.

“When the e-commerce world was shifting into mobile a few years back, we adopted a mobile-first strategy and launched our localized app which positioned us in front of the youth audience. […] We have split our social media strategy into informative social media pages and space for users to interact with us as a brand, and provided them with 24/7 customer service support,” said Hmedan.

He added that usage of newer digital tools has not come at the expense of tried-and-true channels such as email marketing.

“At Wego, we understand the significance of data and have designed our CRM strategy around those data touchpoints, which allows us to communicate with our users based on their behavior, sending targeted and relevant messages for our users via push notifications and emails.”

The importance of mobile platforms is particularly noteworthy among young people in the GCC, even in regard to “staycations” and internal tourism.

Cleartrip director of marketing Matthew Sliedrecht followed up his company’s fifth Travel Insights Report published with flyin.com in September with analysis of the rise of mobile amongst Saudi Arabia’s young travelers.

“Millennials and the up-and-coming Gen Z in Saudi Arabia are mobile-first bookers. In the first half of 2019, we’ve seen a 145% increase in mobile bookings and this is being driven by millennials and Gen Z customers. We have seen a significant increase in domestic tourism in Saudi Arabia […] In the last two years, we have seen a 42% increase in domestic travel as airlines expand their routes and invest in new aircrafts,” said Sliedrecht.

“With the focus on tourism as part of Saudi’s Vision 2030, and the launch of Saudi Seasons (by the Saudi Commission for Tourism and National Heritage), starting in Riyadh, we are very excited to help support domestic tourism within Saudi and bring in more international travelers to the Kingdom,” he added.

Given that the young population in the GCC often wants to simply get from point A to point B without a luxury flight experience, there are opportunities for low-cost carriers (LCCs) to find a niche.

That’s certainly the case for two of the recently-launched LCCs from GCC countries that were at the MEASA Aviation Show.

Con Korfiatis, CEO of flyadeal (a LCC owned by Saudia), explained that mobile has proved to be a strong factor for the airline’s growing popularity among Saudi tourists; a trend that could be repeated by global tourists looking to explore the kingdom thanks to the new tourist visas.

“Two years on from our launch in September 2017, we have 11 aircraft and have flown five million passengers. Over 90% of our sales are online and over 60% of all sales are via mobile devices. The kingdom of Saudi Arabia is an e-commerce market: the perfect test bed for technological innovation. Our target customers are therefore Generation Y and Z,” said Korfiatis.

“We have an incredibly young demographic with 80% of the population being less than 40 years of age […] The country has just extended visa on arrival to 51 countries, with over 20,000 visas being issued within ten days. This is a country moving at breakneck speed,” he added.

Meanwhile, in neighboring Oman, SalamAir has started its own journey of making destinations like Salalah more accessible to tourists hoping to enjoy a pleasant getaway in the Sultanate.

The airline utilizes platforms like Instagram to raise awareness about promotions that target foreign tourists while highlighting its outbound flights to nearby countries. While Salalah is known by GCC-based tourists as a place to escape during the heat of the Gulf’s summer, it could soon be discovered by Europe-based travelers thanks to SalamAir’s online marketing campaigns, according to SalamAir CEO Mohamed Ahmed.

In an era when millennials favor companies with purposes that align with their own, a new style of travel for young people is on the rise, accompanied by the relevant marketing approaches.

VisitBritain launched in 2018 a campaign that focused on domestic tourism over short periods of time, such as weekend getaways. The #MyMicroGap campaign presented a variety of ideas, including encouraging young Brits to give back to the environment through sustainability-centric initiatives such as cleaning up plastic and fighting climate change.

Leveraging the popularity of Instagram, VisitBritain also partnered with The Royal Society for the Protection of Birds (RSPB) to launch a crowdsourced photography campaign capturing images of a rare species of puffins and sharing them through the #Puffarazzi hashtag.

We want your hungry puffin pictures! Join the puffin party and submit them to our #ProjectPuffinUK #Puffarazzi (Link in bio) http://bit.ly/2Q5VDDc #Birds #RSPB #August #CitizenScience

VisitBritain Director of APMEA Tricia Warwick explained that #MyMicroGap is part of a plan to instill a love of travel in young people that will inspire future trips.

“By working with destinations and tourism businesses, our Microgap campaign is igniting the passion for travel in young people and building a habit that will last a lifetime, boosting growth from tourism and spreading its economic benefits across most of the year,” said Warwick.

Additionally, Egypt-based Visit & Go is an Arabic-language marketplace for booking tours and activities, offering tourists from MENA countries access to tours led in Arabic in destinations around the world.

Nabil El-Shafeay, Visit & Go founder and CEO, said mobile traffic has stood out as a significant portion of the visitors to the portal: “Thanks to high (levels of) tech adoption in the Middle East, mobile penetration is quite high – more than 80%. This is making a significant impact on the travel experience overall.”

Elías Jabbe (Elias213.com) is a communications consultant, writer and traveler based in Dubai, UAE.