Careem: Start Something!
Insights Industry
Back 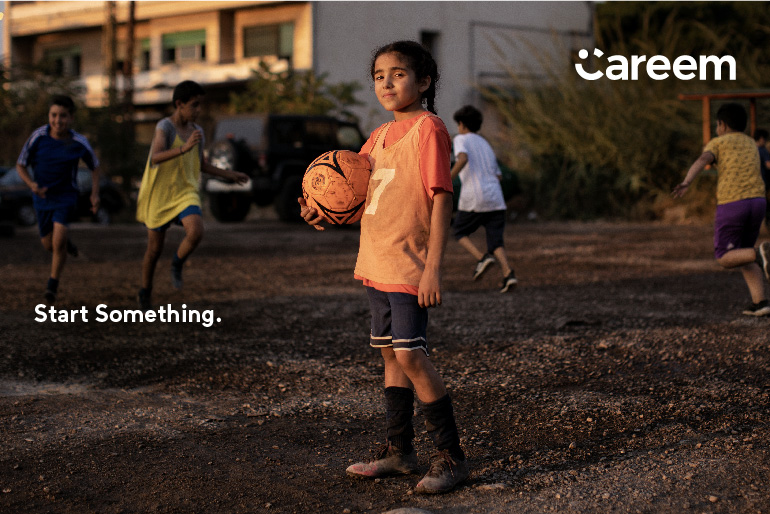 Careem, the regional transportation network, has launched for the first time a global campaign that communicates a call to “Start Something,” which aims to reinforce the company’s brand purpose.

While the campaign targets “everyone,” it specifically looks at “people with passion and ambition for a better future, people that are proud to be part of our region and people engaged in their communities,” said a Careem spokesperson in an email to Communicate.

The campaign is created by TBWA\RAAD, and will run in 12 markets across the Middle East and North Africa. It is a campaign that aims to show the company’s new positioning and reinforces its brand purpose.

“We are present in more than 100 cities across 14 countries and have created more than one million income opportunities since launch. We have taken our services to challenging markets – Iraq and Palestine in the hope that we can play a crucial role in helping to reshape the future of the cities we operate in -just this week we extended our operations into Mosul,” said the spokesperson in the email.

The integrated campaign starts with an emotional film that showcases people from different parts of our region, starting something to make a difference.It targets people between the age group of 18 to 55, who are either existing or recurring customers, captains, colleagues and merchants.

The film shows “a young girl following her true passion, a Jordanian family taking a step to create an inclusive community, an athlete dedicated to making his country proud, a Palestinian man believing in the impossible, a refugee with ambitions to never give up, a little boy nurturing his imagination, two young men believing in restoring the heritage of an old home, and an entrepreneur choosing to return home to Iraq and start something.”

“More than ever before, the world needs a positive rallying cry that empowers people to take action, to ‘Start Something’, to help change the world for the better. We are extremely proud of this campaign and of our collaboration with Careem,” said Ghassan Kassabji, Chief Development Officer at TBWA\RAAD in a statement to the press.