Quest Arabiya, launched as a partnership between Image Nation Abu Dhabi and Discovery Communications, brings factual entertainment shows in Arabic to audiences across the MENA region. 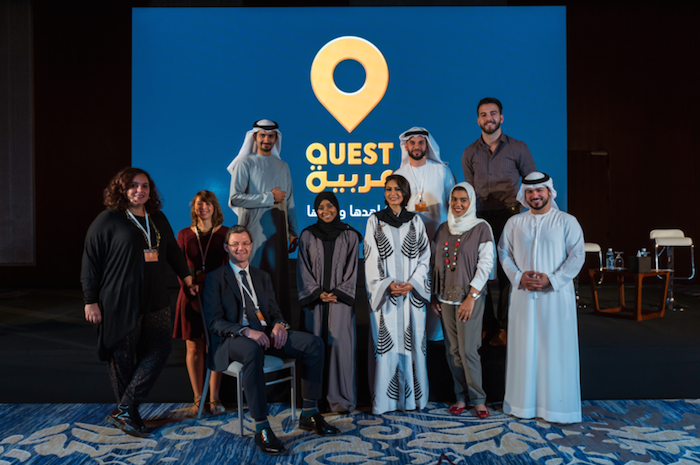 Quest Arabiya, launched as a partnership between Image Nation Abu Dhabi and Discovery Communications, brings factual entertainment shows in Arabic to audiences across the MENA region.

Mohamed Al Mubarak, chairman of Image Nation Abu Dhabi, says in a press statement, “There is a great need for more Arabic content across TV and digital, and by launching a factual entertainment channel we are filling a gap in the market. Image Nation has a proven track record in creating first-class filmed media content and our knowledge and expertise in regional production – along with Discovery’s international expertise – will ensure the highest standards of programming.”

The channel’s six key focus areas are extreme outdoor, turbo, engineering, nature and wildlife, science and space, and people and places. Other content areas include themed weekends, such as Big Cats and Shark Weekend, while regionally relevant documentaries will be featured one Saturday per month.

Some shows on Quest Arabia will be international Discovery content, dubbed in Arabic, like Deadliest Catch and Man Vs Wild, while other content will be developed completely in the region.

Quest Arabiya is commissioning new shows, which will be developed, shot and produced in the MENA region and will feature regional presenters.

The first of these shows has been announced recently under the title, Arabia X, which could be subject to change. The series is currently in production and will follow two presenters as they experience extreme sports across the region – like white water rafting in Morocco and snow paragliding in Lebanon.

The channel aims to foster regional talent, even hosting a pre-launch campaign called “Quest for Talent” to find future presenters. Over 1,200 aspiring TV personalities sent in videos and 13 have been selected to feature on the air.

Mohamed Al Mubarak added: “The launch of the channel is very much in line with Image Nation’s commitment to supporting the regional media industry, providing opportunities for regional production companies to generate content and showcase regional talent.”

Quest Arabiya’s website will have all programs available for a week after they air on TV.