The new publication by Ipsos provides insights and understanding of the country and the opportunities that lie ahead. 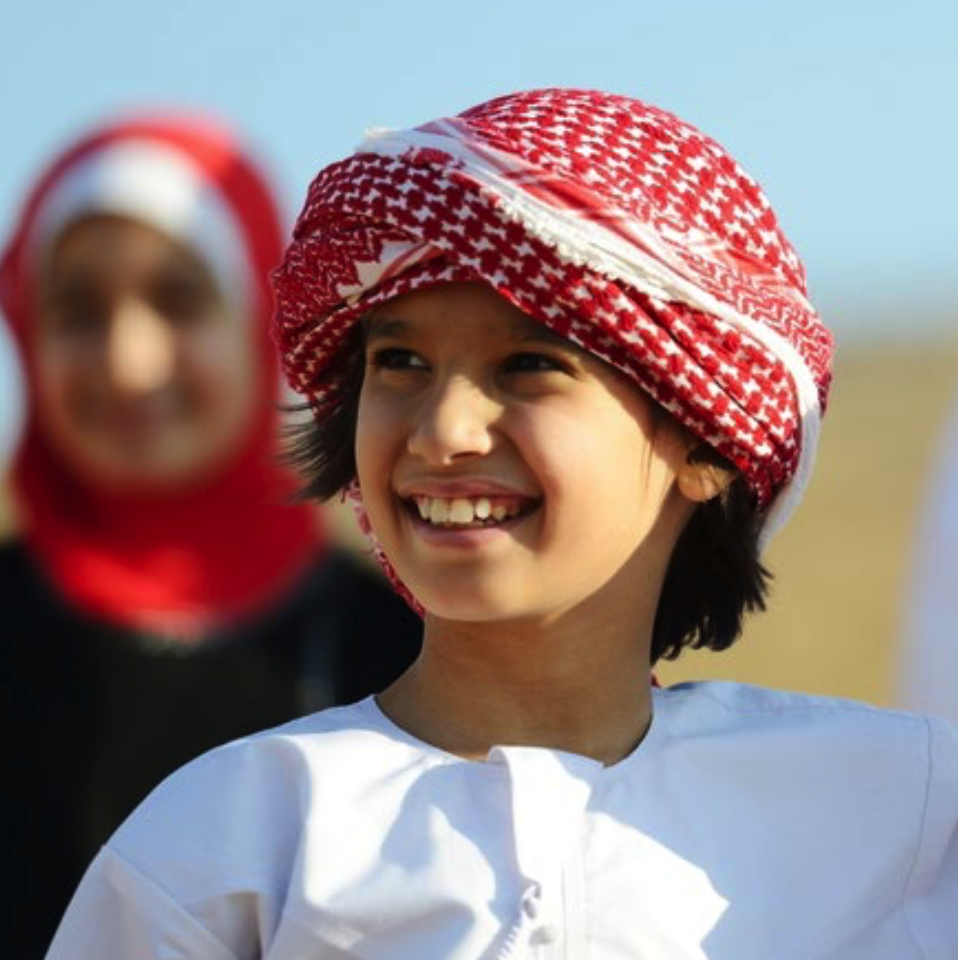 Market research company, Ipsos, launched Ipsos Flair in 2005. It's an international publication that analyzes the values and attitudes of consumers and citizens impacting to provide substantial analysis and recommend the best strategies for decision makers. This year, the company has released the first edition of Ipsos Flair Saudi Arabia with the aim to provide insights and understanding of the society with an original perspective from experts.

The study's findings show promise in terms of the country's economy and its demographics. The economy is booming with a GDP that reached US$793 billion in 2019, which accounts for 21% of the MENA region's total GDP, i.e. four times its share of the region’s population (5.73%).

Global brands would be keenly interested in the demographics in Saudi Arabia. 40% of the population is under 25, including 49% of Saudi nationals. As a result of this young population, the penetration of social media in the country is extremely high. 72% of Saudis are active social media users. Saudi Arabia is said to have the largest social media presence in the world. With 40.2 million mobile subscribers, mobile penetration stands at a record 116% of the total population.

The Impacts of COVID-19

There's no denial on the mark COVID-19 has left on the planet. Saudi Arabia is no stranger to it as well. Prior to the pandemic, the country was highly reliant on cash for daily transactions. Plastic money and digital/e-commerce was not a favorable option to consumers due to mistrust across digital channels. However, things have changed, and people are becoming more confident in using these channels as opposed to cash.

The study has seen a minor change in use of applications and plastic money in recent years, adding to that COVID-19 has forced all age groups to use this option.

E-commerce businesses have experienced an increased reliance last year in the Kingdom. The study noted that there is a high reliance on e-commerce solutions as compared to pre-COVID across all categories and buying habits. 58% believe that they will buy more online than in-store this year. Based on the findings, consumers are utilizing multiple touchpoints before making a purchase, becoming more informed before they buy.

In Saudi Arabia, people among all generations are becoming more health cautious and are changing their lifestyles by attending fitness classes and are also keeping a close watch on their diet. Residents in the Kingdom are more loyal to manufacturers that produce healthier products, as noted in the study.

Saudi Arabia is currently in the transition phase from being an oil- based economy to a tourism-based economy. The government has approached investors about expanding the role of the private sector in healthcare, education and tourism, as part of a wider mission to diversify the economy.

Tourism is one of the key pillars of the Vision 2030 initiative, with the Kingdom targeting 100 million annual visits by 2030 and aiming for tourism to contribute 10% of Saudi Arabia’s GDP. One of the strategies is by encouraging and promoting simpler visa policies.

These new visa policies will have significant impact to various industries in the Kingdom. Ipsos data shows that Saudis are largely confident that Saudi Arabia provides the necessary level of entertainment that will appeal to tourists’ expectations (70%) and that their country’s infrastructure has the ability to handle a large number of tourists (66%). 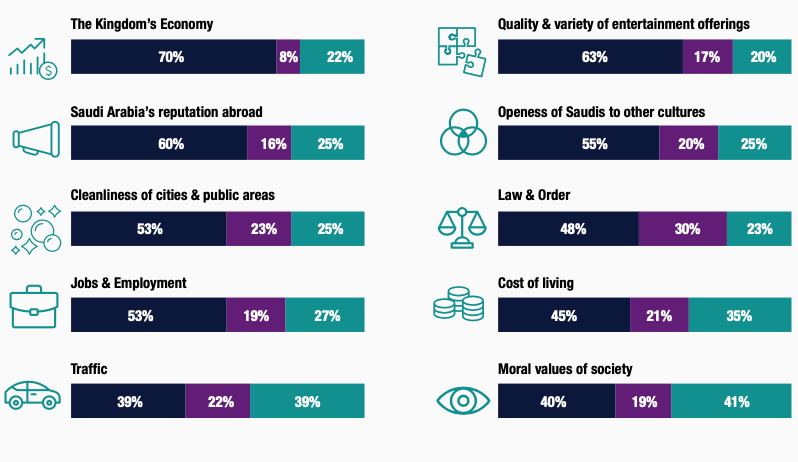 There is a direct connection between Tourism and Infrastructure. Investing in infrastructure is vital to the economy’s future growth and they are open to foreign investments when it comes to new infrastructure and the majority of the population is in favor of it.

"Saudi Arabia is one of the most dynamic growth markets globally. With its average age of just 29 and an insatiable appetite for high technology. Saudi youth remain the highest users of social media channels on the planet. As Saudi women begin to exert their new-found freedom to travel unaccompanied and enter the workplace, the Kingdom is clearly on a fast track of unparalleled change in Middle Eastern history. Saudi Arabia is undoubtably now the ‘gem of the region’ and is being closely observed by its neighbours as the Kingdom strives forward in roll-out of its ambitious Vision 2030 strategy to diversify its oil-based economy," said Rami Abudyab, CEO, Ipsos in KSA.