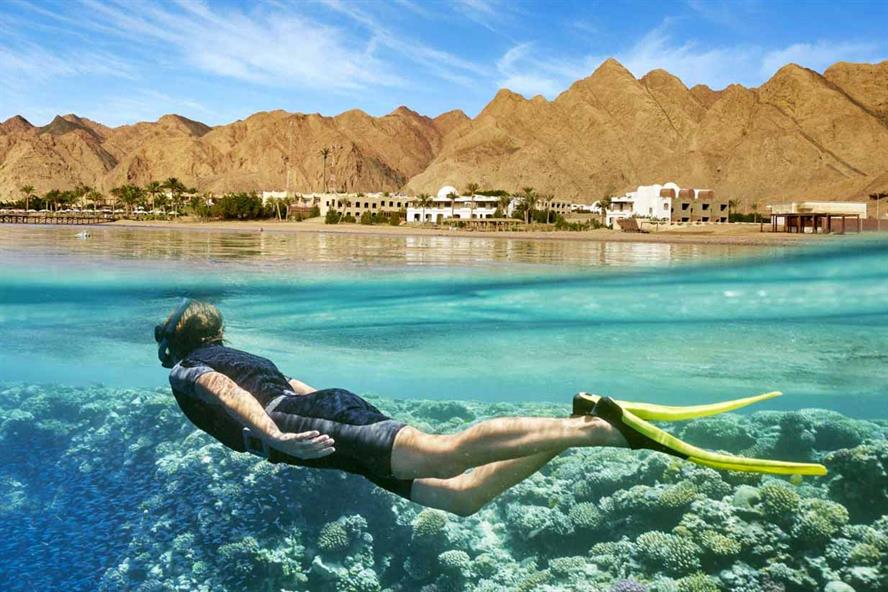 Most people know Egypt for its ancient pyramids, but it has another major draw: it’s one of the sunniest countries on the planet. Egypt’s bustling market city of Aswan, for example, enjoys about 3,863 hours — or 160 days — of sunshine every year. That’s more than double the amount that some cities in the U.K. see.

With a directive to increase travel interest to Egypt earlier this year, the Egyptian Tourism Authority (ETA) turned to the country’s sunny disposition for inspiration.

“Egypt’s abundant sunshine is something not every country is lucky enough to have, so we wanted to make it the star of the show,” Amr El-Kady, chief executive officer of ETA, says. “But for our campaign to be impactful, it had to do more than just showcase why ‘sunny Egypt’ is the perfect destination for U.K. audiences to visit. It had to also reflect the British traveler’s real-world experience in a relatable way.”

The weather and creative automation under one umbrella

Working in partnership with Google and Universal Media Cairo (UM), the ETA team decided to pair an unlikely couple for their campaign: the weather and video.  They kicked off by conceptualizing a set of video creatives that showcased the weather in March and April in six U.K. cities: Birmingham, London, Edinburgh, Liverpool, Newcastle, and Manchester. They then developed five unique weather conditions, or ‘ad groups’ — cloudy, rain, thunder, snow, and drizzle — with each city getting one. Next, the Google Technical Services (gTech) team used OpenWeatherMap — an open-source online service that provides global weather data via an application programming interface (API) — to personalize ads in real time.

“We activated the API at the campaign level, allowing it to detect live weather,” explains Ahmad Khwileh, a Google technical architect working on ads and data science. “Ad groups were then automatically enabled or disabled in line with the current weather condition in the specified city.”
So, for example, if it was snowing in London, that specific ad group was automatically enabled to show only ads referring to snow. The U.K. weather content in each ad was offset by visuals of Egypt’s sunny skies and historical sights, inspiring travelers to ‘follow the sun' and explore a warm escape to the country.

An example of ads served

To serve the 20-second video ads to the right potential travelers in each British city, ETA turned to video reach campaigns, which allow brands to choose how to reach people in their target audience. Meanwhile bumper ads — unskippable, six-second videos — helped them boost their remarketing efforts towards the end of the campaign.

“Creative automation is simple to develop, and we especially loved how British travelers related to our campaign,” El-Kady says. “The personalized creatives really helped create a strong sense of attachment to our brand.”

Thanks to the automated creative video campaign, Google’s Travel Analytics Center —  which deep dives into travel demand trends and tracks performance across travel search experiences —  saw a 134% year-on-year rise in British travelers searching for a holiday to Egypt.

“The campaign’s incredible success is one of the main reasons we plan on working with the same creative and media teams on another similar campaign later this year,” El-Kady says. “We can't wait to see the results."

This feature was originally written for Think with Google - MENA, a hub where advertisers and businesses can review other creative campaigns and industry learnings.