Adland vs Hollywood: What the Advertising Industry Can Learn from the Mistakes of 1960s Hollywood and the Success of The Godfather
Insights Culture
Back

Adland vs Hollywood: What the Advertising Industry Can Learn from the Mistakes of 1960s Hollywood and the Success of The Godfather 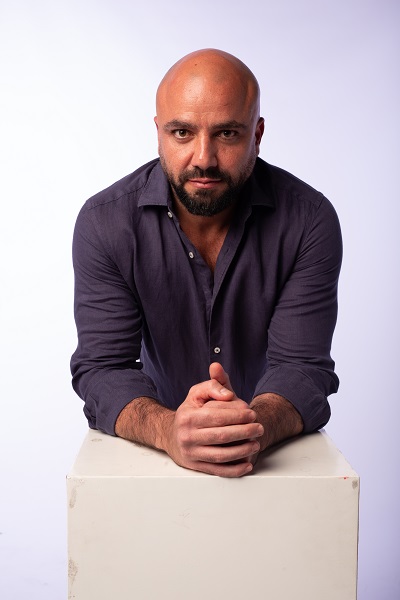 The potential collapse of the Hollywood studio industry in the mid-1960s had an interesting array of similarities to what has been recently taking place in the creative ad industry.

In mid-1960s Hollywood, almost all films were produced with full control from the five major studios. The leadership of these studios was strictly after short-term profits and, coming from an older generation, was ignorant of what audiences were aspiring to watch. Talent in the industry was oppressed by binding contracts. TV was becoming a more convenient alternative as the quality of its content started improving. And young independent filmmakers were making films that audiences were finding more relevant.

The state of Hollywood, as an industry back then, was explicitly described in the opening scene of the documentary “Easy Riders, Raging Bulls: How the Sex-Drugs-and-Rock’ N Roll Generation Saved Hollywood.”

“1966 Hollywood California, the once Hollywood dream factories that were teeming cities of technicians and artists, stood empty; the audiences for the movies these studios have produced have drifted away, busy building families or lured away by television. The old studio moguls who owned these vast empty domains were confused and uncertain and, like the movies they were producing… irrelevant.”

The similarities between the aforementioned 1960s Hollywood and modern-day Adland are almost like a mirror.

Today, almost all major creative ad agencies are owned by the big five holding companies. The leadership of these holding groups is strictly after short-term financial growth and this growth is currently not found in their mature creative agencies; it is found in smaller tech startups which they have been acquiring with the money they generate from their creative agencies.

Accordingly, it is safe to say that for these holding companies, the creative product has become nothing but their cash cow. In his book Madison Avenue Manslaughter, Michael Farmer shows how, starting in the late 1990s, shareholder value became the driver of the “advertising agency marginalization.” All this is happening while, in the same manner that TV offered a more convenient alternative to Hollywood films, more flexible and affordable independent boutique agencies are not only creating similar quality ads, but also luring in the same quality of talent. Finally, the more relevant advertising content is no longer coming from the advertising industry; it is coming from content creators who are stepping up their game, with the backing of huge following and more proximity to the digital ecosystems where audiences are residing. Today, the threat these content creators are presenting Adland with is similar to the threat independent filmmakers, also able to make Hollywood quality films on their own, presented Hollywood with in the ‘60s.

It is clear that the agency model as it is today does not have a bright future. A 2018 report published by research firm Forrester, concluded that agencies must “disassemble what remains of their outmoded model or risk falling into irrelevance.” And clients like Marc S. Pritchard (Chief Brand Officer at Procter & Gamble) are starting to imagine a future with no ads, while other clients are attempting to do it on their own. Again, in late 2018, a report by the Association of National Advertisers (ANA) showed that 78% of its member marketers had launched agency offerings in-house – a rise from 58% in 2013 and from 42% in 2008.

Paramount Pictures was then owned by the holding company Gulf & Western, just like how creative ad agencies are presently owned by holding companies. And Paramount was facing the same challenges ad agencies are facing today: decision-making had been centralized at the holding company by non-creative businesspeople who were after short-term profits. Accordingly, the businesspeople ran their numbers, and, from their perspective, the new film adaptation of the novel The Godfather should not have been made. The numbers showed that the Italian Mafia genre had not been yielding much profit. The film was too long, which was inefficient because they couldn’t run as many slots as they wished. Pacino was an unknown and they preferred a star with more mass appeal. Brando’s fame was also declining and casting him did not make business sense.

So, let’s dig deeper into the process, characters, and decisions that led to producing not only a creative masterpiece but also the financially record-breaking film that kicked off the notion of box office hits, becoming the first film in history to make $80 million.

What follows is a brief summary of what went on behind the scenes in the making of The Godfather.

The CEO of Gulf & Western was Charlie Bluhdorn, a shrewd Austrian businessman who tended to listen to his financial advisors. However, as much as he loved making money, he was still lured into the creative process at Paramount, which was just one of the subsidiaries in the bigger portfolio of businesses he was running. More specifically, Bludhorn was lured by the charisma, charm, and wit of Bob Evans, the head of Paramount. Bob Evans lived at the intersection of creative, as he was once an aspiring actor, and business, as he was also a shrewd businessman. As a result, he was able to demonstrate to his holding company that there was a common ground between making money and allowing creatives to independently make their decisions.

Had it not been for Bob Evans, The Godfather would not have been made – the film that, creatively, is considered the greatest of all time and is, financially, the trailblazer for all of Hollywood’s box office hits!

Bob Evans understood the value of truly creative ideas and talent. He shielded them from the potential contamination that could have been caused by those who are only seeking short-term profits, and he did so with passion, conviction, and empathy towards all stakeholders. This empathy took insights into what audiences wanted to watch, what the creative talent needed to do their best work, and the financial aspirations of the holding company.

But The Godfather would not have been made either had it not been for a character like Charlie Bludhorn. As mentioned earlier, he managed a big portfolio of businesses but realized that not all businesses should be run in the same manner and that the potential of a creative product cannot be assessed on an Excel sheet (or whatever financial sheets they had back in the early 70s).

The making and success of The Godfather changed Hollywood forever. And its story should inspire similar changes in Adland. However, the mindsets and attitudes of both Evans and Bludhorn are what is missing from Adland today. Unfortunately, decision-makers at the client’s end and at the holding companies do not make decisions the way Bludhorn made them, and they want to run their creative product the same way they run other products in their portfolio, by only assessing its potential on an Excel sheet. For instance, today, clients are procuring agencies in the same way they procure office supplies.

Also, the leaders running ad agencies do not have the same passion, conviction, and empathy as Evans. They do not have the same conviction to stand for the “creative contaminators” at either the client’s or the holding company’s end. They are out of empathy towards what younger audiences want to see in ads, and they’re out of empathy to provide the best working environment for their creative talent. As a result, they blindly succumb to the decisions dictated to them by the centralized business unit at the holding company.

In conclusion, creatives should be protected by passionate leadership like that of Bob Evans, and they should not be managed like other business units in a holding company’s portfolio, for their potential cannot be assessed on an Excel sheet. These are the lessons Adland should learn from Hollywood and the making of The Godfather.