What GCC brands spent the most in 2014?
Insights Industry
Back

Communicate is back with its list of the top 100 brands for the year. 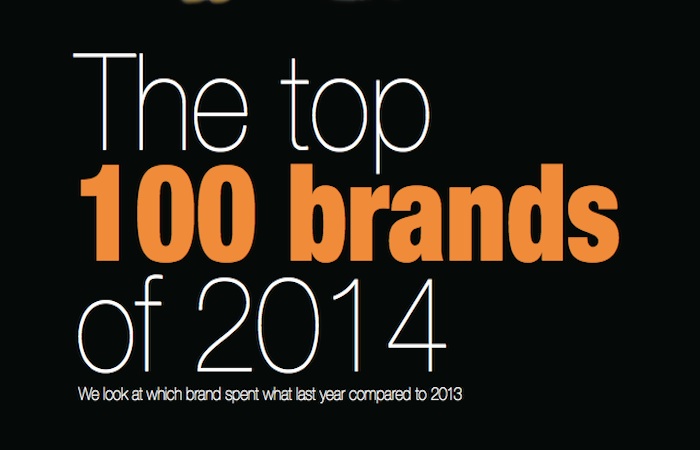 Communicate is back with its list of the top 100 brands for the year, counting down the biggest spenders in 2014 based on data received from market research firm, Ipsos. Surprisingly, Pepsi, despite its heavy advertising during the 2014 FIFA World Cup and sponsorship of the Indian Premier League in Dubai, drops from its number one spot in 2013 to the fourth rank in 2014.

In fact, last year saw Sedar take the lead, significantly moving up from its eighth spot in 2013. Saudi telco operator Mobily and Samsung both took a dip, stooping down from their second and third ranking in 2013, respectively, to spots six and seven in 2014. Interestingly, Reckitt-Benckiser’s Dettol shot up from sixth to second rank. While Saudi Telecom inched up to the third rank – from the fifth in the previous year – Dabur saw a minuscule drop from its fourth spot last year, ranking fifth in 2014. Zain, Ford and Etisalat, which, respectively, ranked seventh, ninth and tenth in 2013, did not even to make it to the top ten spenders in 2014 – falling to spots 11, 13 and 14.

Meanwhile, automaker Toyota makes its mark in 2014, ranking eighth, followed by dairy manufacturer Almarai and telecommunications network Etisalat. Surprisingly, telco operator du, which has been visibly louder and active on the communication front, trailed far behind in spend, ranking 49th in 2014 – way below its 27th rank in 2013. Contrastingly, Emirates Airline, with its heavy investment as an official sponsor of the FIFA World Cup 2014 – and a massive campaign to boot, featuring football stars Pele and Ronaldo – ranked 28th, soaring from its 87th rank in the previous year. Advertisers that were completely absent from the rankings included luxury brands Gucci and Chanel, news daily 7Days, automotive brand Chrysler and – rather unsurprisingly – Blackberry. With Dubai set to rake in the moolah owing to its Expo 2020 win, it’s too early to draw predictions for 2015. But, it’s safe to say that the next year looks promising – at the very least – for advertisers.