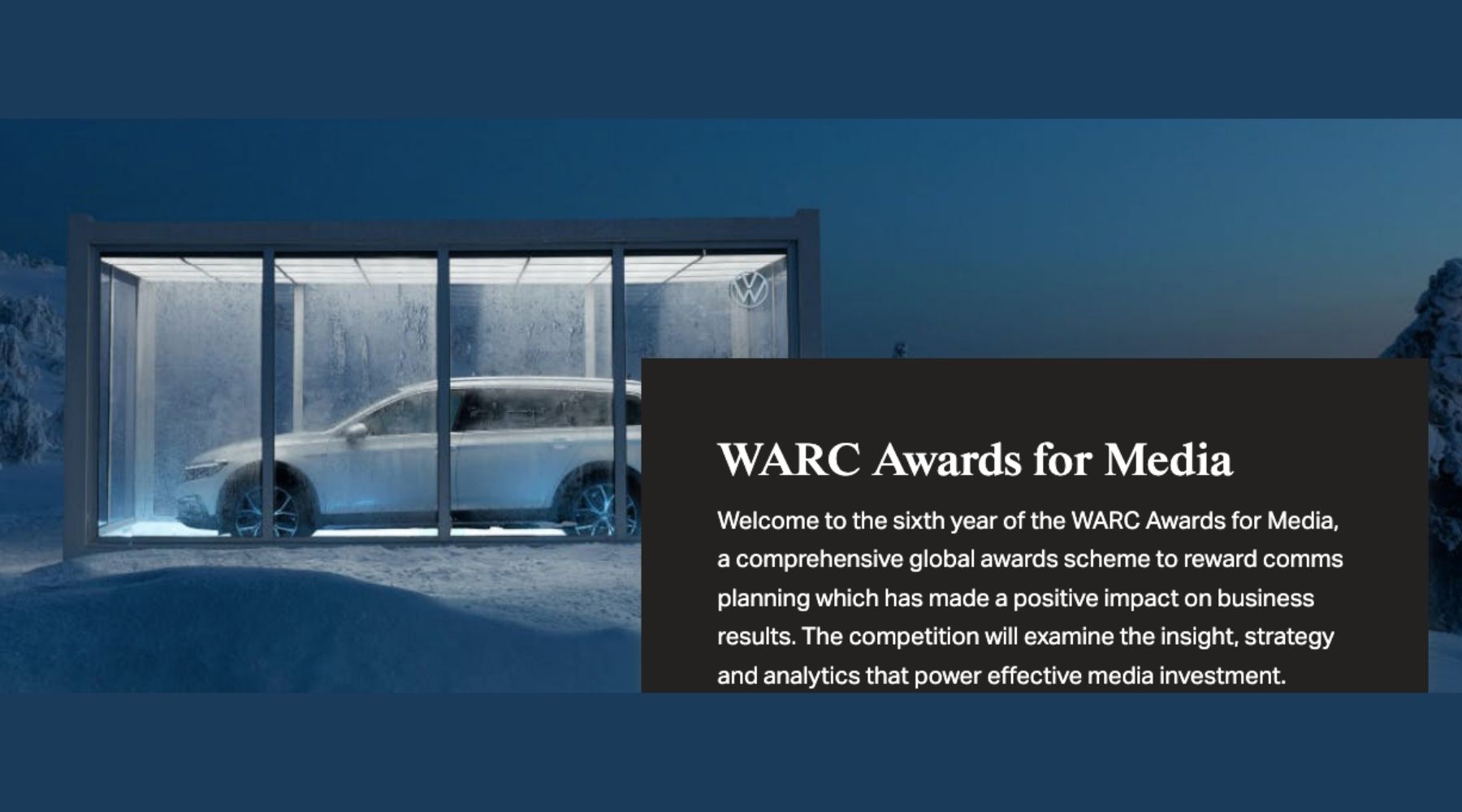 A total of 56 campaigns across diverse markets and product categories for global brands including Adidas, Allianz, Budweiser, Finish, L’Oréal, McDonald’s, Nespresso, and TikTok, and local brands such as Canadian Tire, Change The Ref in the US, Claro in Chile, NHS England, Omroep Zwart in the Netherlands and Yili in China are among the winners of the WARC Awards for Media 2021, a comprehensive global awards scheme rewarding communications planning which has made a positive impact on business results.

The Grand Prix and Path-to-Purchase Award have been won by PHD Canada for ‘Vacation Intervention’, which saw Air Transat convince 75,000 workers not to lose their unused vacation days, with nearly 50% of reservations coming from new clients.

Ronnie Thomas, Group Director, Global Business Development, Publicis Groupe, said: “Travel brands tend to be very lower-funnel & promo-led, especially in the lead up to big holiday seasons. ‘Vacation Intervention’ went the other way - with a strong insight, a very interesting central idea, and a multi-channel campaign that was fun, topical, and successful.”

Effective use of tech

Havas Sports & Entertainment has won the Grand Prix for the French welfare association, L’Enfant Bleu. In ‘Undercover Avatar’ they created an in-game confidante to enable children to speak out about abuse. The activity generated 700m media impressions and the French government is now working on solutions that will turn video games into a new way to identify abused children.

A further two Golds, four Silvers, and seven Bronzes were awarded. The Early Adopter Award was won by MullenLowe US for ‘Ring King’.

View all effective use of tech winners here.

Effective use of partnerships and sponsorships

McCann Paris and FP7 McCann Dubai have won the Grand Prix and Effective Native Award for the Lebanese Breast Cancer Foundation (LBCF). For ‘The Bread Exam’ the NGO collaborated with a traditional baker to create a bread-making video to show women how to self-examine. The campaign reached 112 million people and over nine months increased awareness by 83% and screenings by 41%.

Judge Faisal Alani, Head of Partnerships, eBay, said: “They identified breast cancer as something that is difficult to talk about in culture but managed to make it part of the conversation through the topic of bread making, something that is an integral part of the culture. They tackled the problem in an incredibly thoughtful way, it really warmed my heart.”

COPA90 won two Special Awards: The Collaboration with an Influencer Award, for Budweiser’s ‘Messi X Budweiser 644’, and the Successful Sponsorship Award for ‘Music Keeps Us Playing’ for Pepsi and Pepsi MAX.

View all effective use of partnerships & Sponsorships winners here.

Best use of data

The Grand Prix and Personalisation Award are awarded to FCB New Zealand for ‘Personalising Danger’, a campaign for Water Safety New Zealand. By fusing historical, real-time, and future data, they built a predictive model to reduce deaths of young men from drowning. The campaign reached 95% of its target group and achieved zero deaths.

Judge Kathrin Jesse, Chief Strategy Officer & Partner, Wirz Group, Switzerland, said: “Other entrants are just gathering data. But to actually save lives? If only one life is saved, it’s already a success. This is data put to good use.”

The Data-Driven Insight Award has been won by MullenLowe US for Burger King’s ‘Delay Your Way’. The Attribution Award is given to Ekimetrics for ‘Using Advanced Analytics to Market Profitability in a Pandemic’ for hospitality brand Accor.

View all best use of data winners here.

Now in their sixth year, the WARC Awards for Media are free to enter, discipline-neutral and channel-agnostic. Papers are submitted as effective case studies and are entered by media agencies, creative agencies, media owners, digital agencies, and data specialists from all over the world.

More information on the WARC Awards for Media 2021 is available here.