Eliminating gender bias and actively promoting diversity through advertising & marketing continues to remain a challenge for professionals across. P&G, in an exclusive interview to Communicate, explains how brands and marketers can make a lasting effect on their DEI portfolio.

Despite the lasting support and efforts of policymakers across the MENA region to actively combat inequalities, a significant pattern of gender parity across the communications industry still prevails. Diversity Best Practices Inclusion Index finds how women occupy only a mere 29 percent of corporate and executive positions within the advertising, media, and technology sector in the US which emerged as the world’s largest ad market in 2021. Another research by PwC unveils how the MENA region lost over $575 bn due to legal and social barriers that hinder women’s access to jobs.

On the other side of the coin, UAE has emerged as a leader in fighting this global social issue. Simultaneous observation and updated reforms make the MENA region one that strides forward. Karim ElFiqi, CMO MeGA & VP for Babycare at P&G along with Racha Makarem, CMO for MENA at Starcom indulge in constructive discussion about breaking bias within the communications industry through different leadership styles. 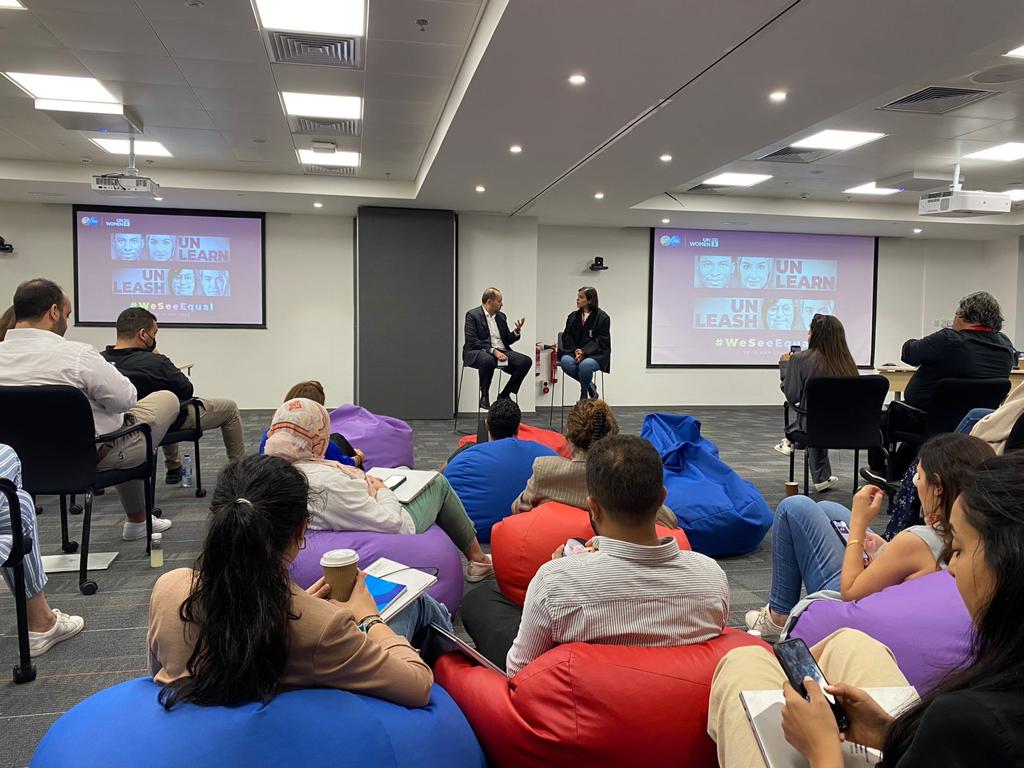 Advertising and media play an essential role in shaping perceptions and further driving change. Organizations can benefit from gender-responsive advertising as it promotes better representation of the consumer base. According to the Blueprint for Gender Equality, even though diversity in advertising is on the rise, organizations still struggle to portray different genders proportionally and realistically. Elfiqi explains how there is a need to tackle ‘unconscious bias.’ “We need to unlearn to be able to unleash the potential of the people, it's very common biases in the workspace or even while working, which create a lot of gaps in the organization. What we aim to consistently do at PNG is look into our policies and structure them in a way that enables everyone to be their natural self and give their best at work,” says Elfiqi. 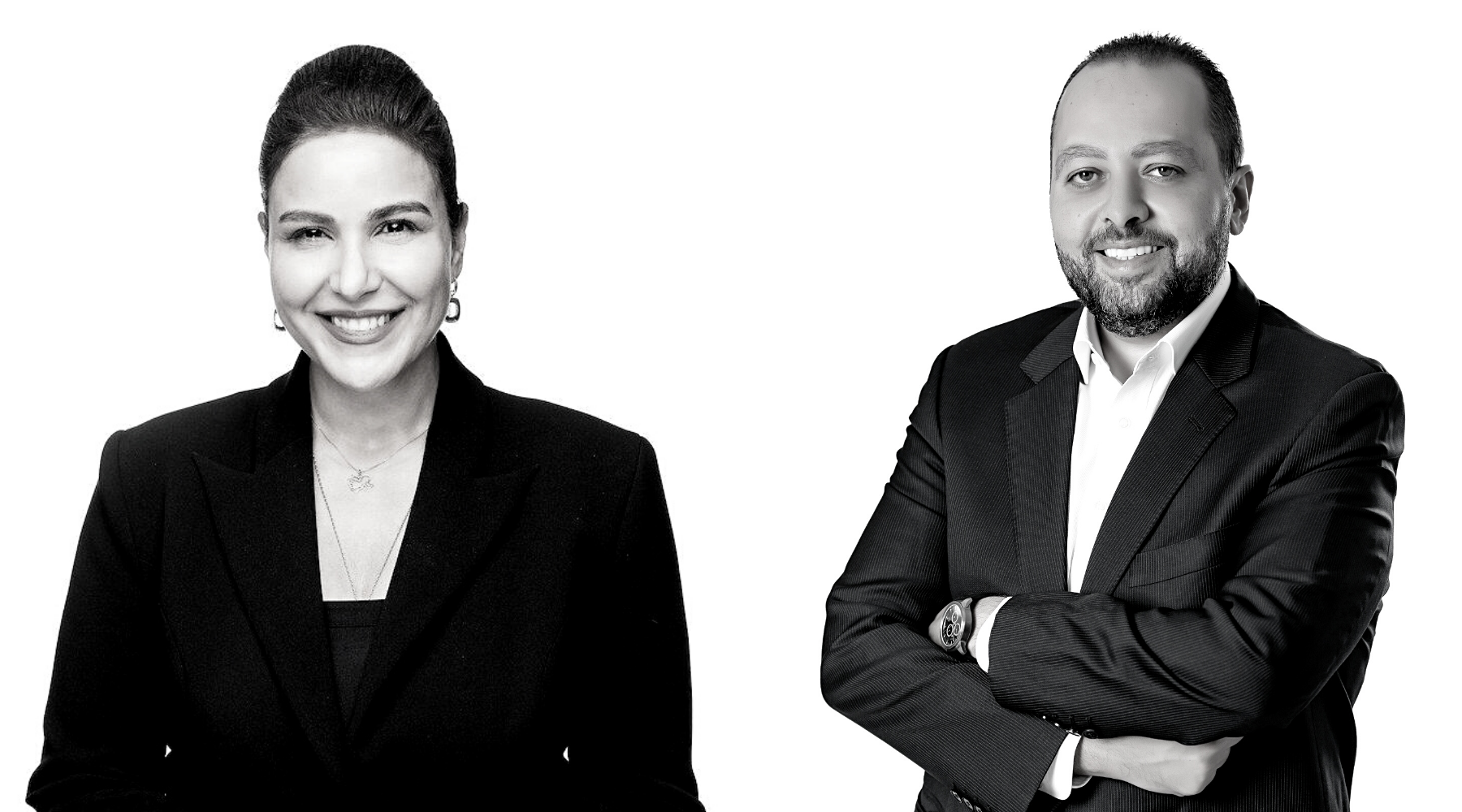 In Image: Racha Makarem, CMO for MENA at Starcom & CMO MeGA & VP for Babycare at P&G

Makarem further adds, We also need to create different opportunities and platforms within the organization where we can actually engage in such conversations, leading to different kinds of examples. Amplifying some of these examples, whether they are certain observations from within the organization or from a strategy for consumers. An open platform helps people put forth their point of view and perspective.”

Putting a conscious effort to promote diversity through products/services

With technology evolving by the minute, digital media solutions are swamping the ecosystem. While exploring them is a natural instinct for advertisers, it is imperative to do so consciously. “The data solutions available today enable us to target the right audience at the right time. They help us analyze human behavior, thus allowing us to create relevant content and we can make an effort to consciously shape perspectives,” says Makarem.

P&G puts inclusivity at the core of all its regional campaigns while ensuring that they are catering to the requirements of the diverse population of the region. “A few years back, we followed a standard approach while curating content. It was a ‘one size fits all’ approach But with everything that the economy is facing today, there has been an evolution, and today we're making a lot of conscious effort in terms of ensuring diversity is an integral part of our communication. This is the time to show that women doing laundry can also be auditioning for a TV show. It is time to communicate that men too can be changing their child’s diapers,” added Elfiqi.

Across the MENA region itself, P&G targets over 200 nationalities with its products and services. “We portray how consumers can use our products in their own cultural context. An example is how we introduced a new variation of the Pampers diapers for the Indian diaspora in the UAE. After research of the cultural context in the Indian subcontinent, we found how parents prefer diapers with velcro over pants,” explains Elfiqi.

Consumers are humans first, remember that!

Both Elfiqi and Makarem join forces to curate strategies for the brand that is human-centric and aim at building an emotional connection first with their consumers. “I think we need to start by dealing with consumers, as humans first. When I'm talking to a consumer, I need to understand the tension points and their aspirations in life. Then move on to relevance. How can I make my brand relevant in that context?” explains Elfiqi.

“If I take an example, in Saudi, for instance, we are all aware of the renaissance. We believe that our brand had a role to play in that because when we spoke to the women in Saudi, they have a lot more aspirations. Now,, they believe that they have a bigger role to play, they want to be in the spotlight. With one of our campaigns - Mothers of Today, we created a platform for mothers to network and talk about these aspirations, while discussing the meaning of being a mother today. What are the challenges they face? What are the things they want to achieve? Our brands became an enabler for that platform. They helped these moms to do their job better not only at home but also outside the home. We managed to spark a conversation. So, it really starts by looking at the consumer as a human being not just as a consumer of a certain product that’s when you’ll really get to that emotional connection,” further added Elfiqi.

Diversity is a powerful tool for success

When asked about the change that they’ve witnessed in their organizations after implementing strategies to promote diversity, inclusivity, and equality, Makarem tells us, “the impact hasn’t been limited to just business, which has flourished ever since but we’ve also been able to retain talent on a long term basis and attract new talent.”

“Diversity is a strong tool to enable the success of business growth and I cannot claim that I’ve always been as conscious, but today I’ve realized that diversity in the workspace will open our door to new perspectives and allow us to achieve what it is that we want to do at P&G with our products and services. As a leader, I am putting a lot of effort into hiring a diverse team. Today 51% of our senior managers are female executives and we are proud of that. We’ve adjusted a lot of our policies to make that happen. Irrespective of their gender, race, and cultural context, just like we do with our consumers, it is very important to build an emotional connection with the team. The goals can easily be achieved then,” concluded Elfiqi.