This influencer advert by Huawei is making people cringe 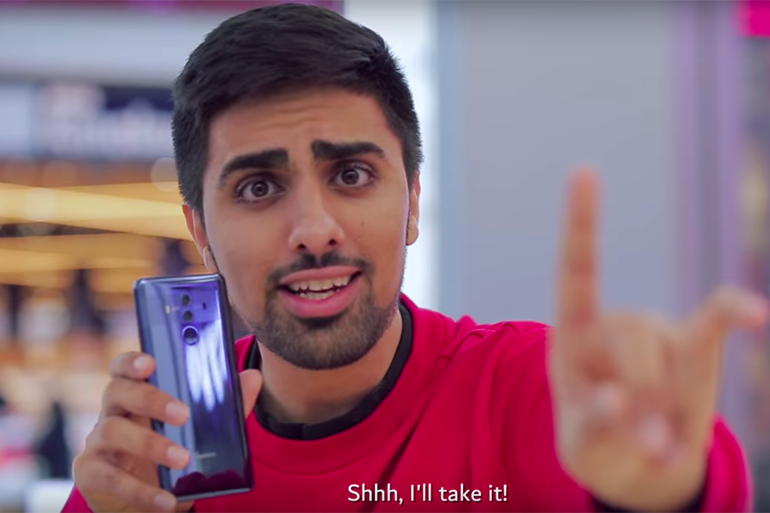 The video stars the two Internet celebs with Mo playing the role of an over-enthusiastic customer who knows all about the phone’s features and Lana playing the role of the salesperson who doesn’t need to do any sales because Mo is already excited and ready to buy the phone.

So, what are the issues here?

The biggest one is probably that it’s not a parody. “If they [the brand] set out to make a parody, they clearly succeeded. Unfortunately, it doesn’t look like they set off to make a parody,” says Jamal Iqbal, executive creative director of Cicero & Bernay – the agency, which runs the See & Be program for influencers.

1. The use of ‘influencers’
Mo Vlogs with his 4,649,136 YouTube subscribers and 1.1 million Instagram followers, and sister Lana Rose with her 885,000 Instagram followers feature in this video, but what value are they adding? Could the video not have featured two actors – not necessarily influencers? The video doesn’t do much to allow these influencers to demonstrate their style or whatever it is that makes them influential.

Moreover, and perhaps more importantly, as pointed out by Facebook users, both the influencers use an iPhone in their videos.

ALSO READ: What’s the real influence of an influencer?

2. The community management
If this were a ‘Social Media 101’ article, we’d like to add an addendum to ‘Tip #3: Engaging with your fans and followers’ is key. Addendum: Said engagement must be personal and not done through a copy-paste human/bot.

For instance, Huawei’s response to one Facebook commenter complaining about the poor ad is: “Hi, we are sorry to hear that. Kindly clarify the issue you’re facing in details to be able to help you.”

Secondly, many users who asked for the price of the product were asked to share their country, after which, they were asked to check with their local retailer.

And if this Facebook comment is anything to go by, Huawei needs to do just that: “I will actively avoid this product because of that terrible ad. Why, why, why would you release something so cringeworthy?”