Souq has Amazon and now noon has eBay. But, what does it all mean for the regional e-commerce industry?
Insights Industry
Back

Souq has Amazon and now noon has eBay. But, what does it all mean for the regional e-commerce industry? 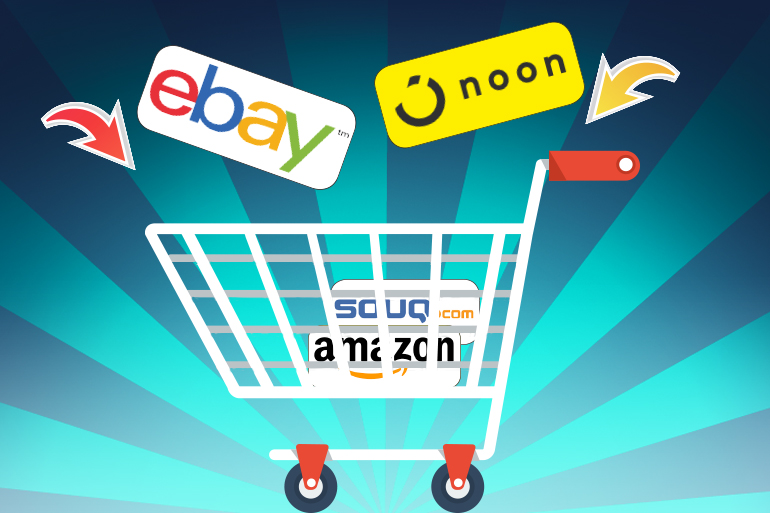 A year after what Goldman Sachs labeled the “the biggest M&A deal in the Arab World” i.e. the Amazon/Souq deal, Noon has announced its strategic partnership with US-based online auction platform eBay.

The e-commerce platform, which saw a major investment from Alshaya late last year, will now fulfill eBay orders made on its platform.

This provides customers in the region access to products that they wouldn’t have been able to otherwise buy, says Noon founder Mohamed Alabbar in a statement.

“Our partnership with eBay opens a whole new world of shopping experience,” he adds.

The agreement will come into effect in the second half of 2018 when consumers in the UAE and Saudi Arabia will be able to buy eBay products directly on noon. All products can be returned to noon for refunds, subject to terms and conditions, of course.

EXCLUSIVE: Q&A with Publicis Media’s Alex Saber on data, Marcel and the future of agencies

This is a big – and important – move for noon as 41 percent of GCC millennials shop on international sites according to a YouGov 2017 study.

The two companies will also explore joint opportunities in marketing and best practices.

Commenting on the agreement, Waseem Afzal, general manager of OMD’s e-commerce arm, Transact, says, “As the industry matures, we are naturally seeing a lot of focus in enhancing online supply across all players because this area alone is a single biggest driver of growth.”

Since its announcement in 2016, Noon has had a bumpy ride. It missed its scheduled launch of early 2017 and saw several management changes finally launching in September 2017 in the UAE and December 2017 in Saudi Arabia.

However, online reviews suggest that noon offers a better customer experience that Souq. The only gripe has been the variety, which noon lacks. But, that is set to change with the eBay partnership.

“Noon will aim to build on its partnership with Alshaya Group and further drive momentum with eBay’s product and tech infrastructure moving forward,” adds Afzal.

MUST READ: 4 reasons why marketers need to hit “Start” on gaming

Even before the eBay agreement, noon’s founder Alabbar has explicitly expressed his interest in e-commerce, which is expected to grow to $20 billion by 2020 in the GCC, according to AT Kearney.

E-commerce in the region

“The pure play e-commerce companies are very much driving the industry forward,” says Afzal. This will naturally increase the pressure on local retailers to enhance their e-commerce offering whether it’s through their own platforms or presence on marketplaces.

Local retailers have, however, stepped up with many launching their own portals. In fact, a 2017 study by Bain & Company found that there has been a 31 percent increase in brand’s own e-commerce websites and a 39 percent increase in e-tailers since 2016.

MUST READ: Why you need to invest in audio ads

Although adoption of e-commerce has been relatively slow in the region, a 2017 KPMG report finds that despite the lower frequency of UAE residents shopping online, they have the highest average ticket size globally ($332/purchase).

[Tweet “UAE shoppers have the largest ticket size globally at $332 per purchase.”]

And with increased investment from pure players as well as individual brands, it won’t be long before the burgeoning industry reaches global market standards. As Afzal says, “There are four forces championing change: the emergence of Chinese-based horizontal marketplaces, Amazon & Souq, traditional omnichannel regional retailers and now noon‘s partnership with eBay.  They are combining well to further accelerate adoption of e-commerce from consumers.”