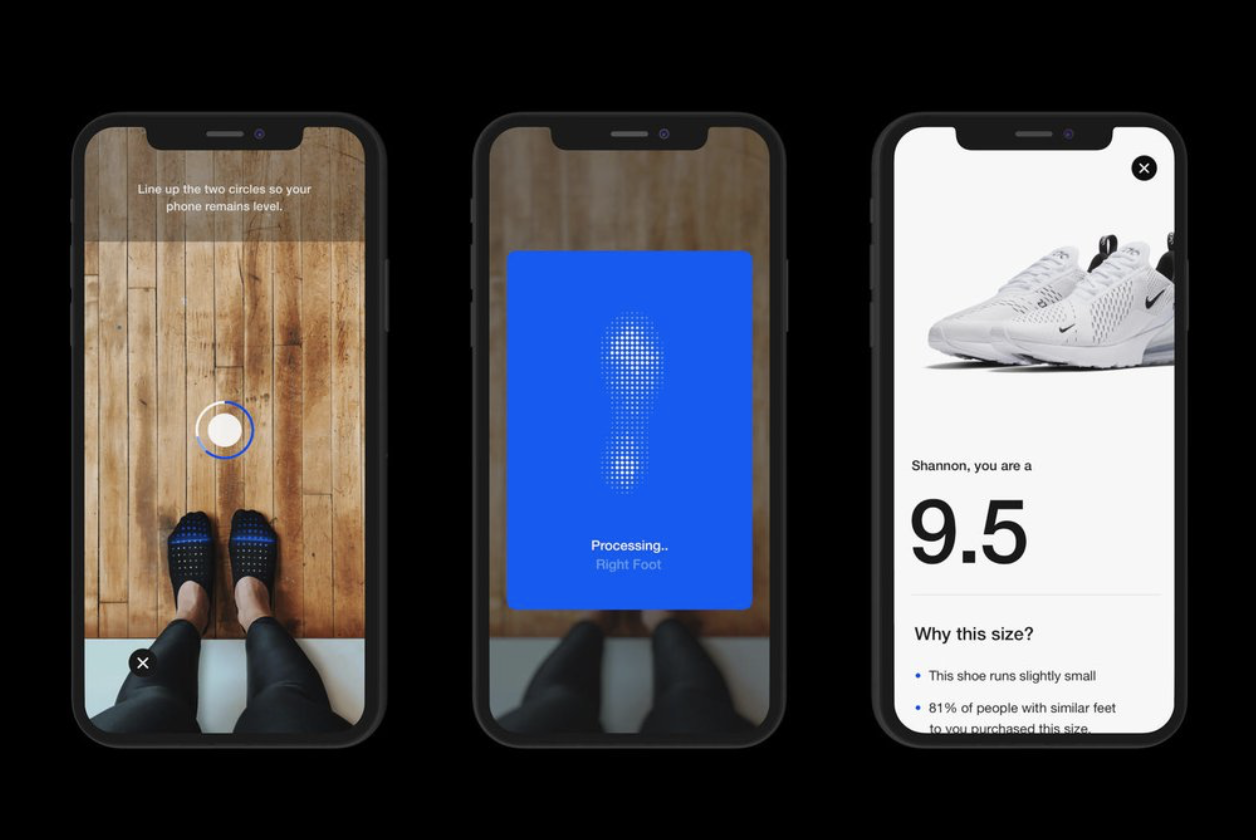 The world’s largest sneaker company is launching Nike Fit, an addition to its app that lets customers scan their feet at home and provides their proper size in various models. The company says 60% of people wear the wrong size shoe, and concern over fit has a material impact on consumer confidence.

“This is something that Nike, like every other shoe company in the world, has been trying to improve since shoes were created,” said Michael Martin, the Beaverton, Oregon-based company’s global head of digital products. “Now we’ve solved it.”

The business of foot sizing has been dominated by 92-year-old Brannock Device Co. and its ubiquitous measuring tool. With Nike Fit, customers scan their feet using their smartphone camera. Accurate to within 2 millimeters, the app examines each foot, not just length and width, which helps Nike suggest the best fit in every model. Nike will also use scanning mats at stores so customers can measure their feet.

The app could address a financial pain for Nike, which gets over 500,000 complaints a year about fit. Industry-wide, the company says, 27% of shoes bought online are returned for that reason. Plus, people wearing the wrong size Nikes might look elsewhere for their next pair.

Nike members spend three times more at Nike.com than guests do, and Nike’s new flagship stores, along with some of its new products, are built to be experienced with the member app. Martin said early testing in stores shows the Fit technology has been “one of the strongest levers we’ve found so far” in driving consumers to sign up.

A database of feet is also a valuable commodity for a company that counted on shoes to generate 61% of its $36.4 billion in revenue last year.

Paired, for example, with the company’s new self-lacing Adapt shoes — which measure things like foot force and acceleration — Nike can personalize a consumer’s experience in new ways. The data also will inform future design and production decisions.

For example, the outside material, lacing and intended use will all factor into how a shoe should fit. There are also personal preferences, which customers can specify within the app.

‘Size is a lie’
“Fundamentally, size is a lie,” Martin said. “You’re not a single number because your needs are different and every shoe is different.”

The development of the fit technology stems from Nike’s 2018 purchase of Israeli computer-vision startup Invertex Ltd. It will launch across the U.S. in July, both in the app and in Nike shops. It will debut in a handful of European countries beginning in August.