Apple’s privacy changes continue to disrupt both app marketers and mobile media companies, with 25% of total budgets shifting from iOS to Android in 2021. 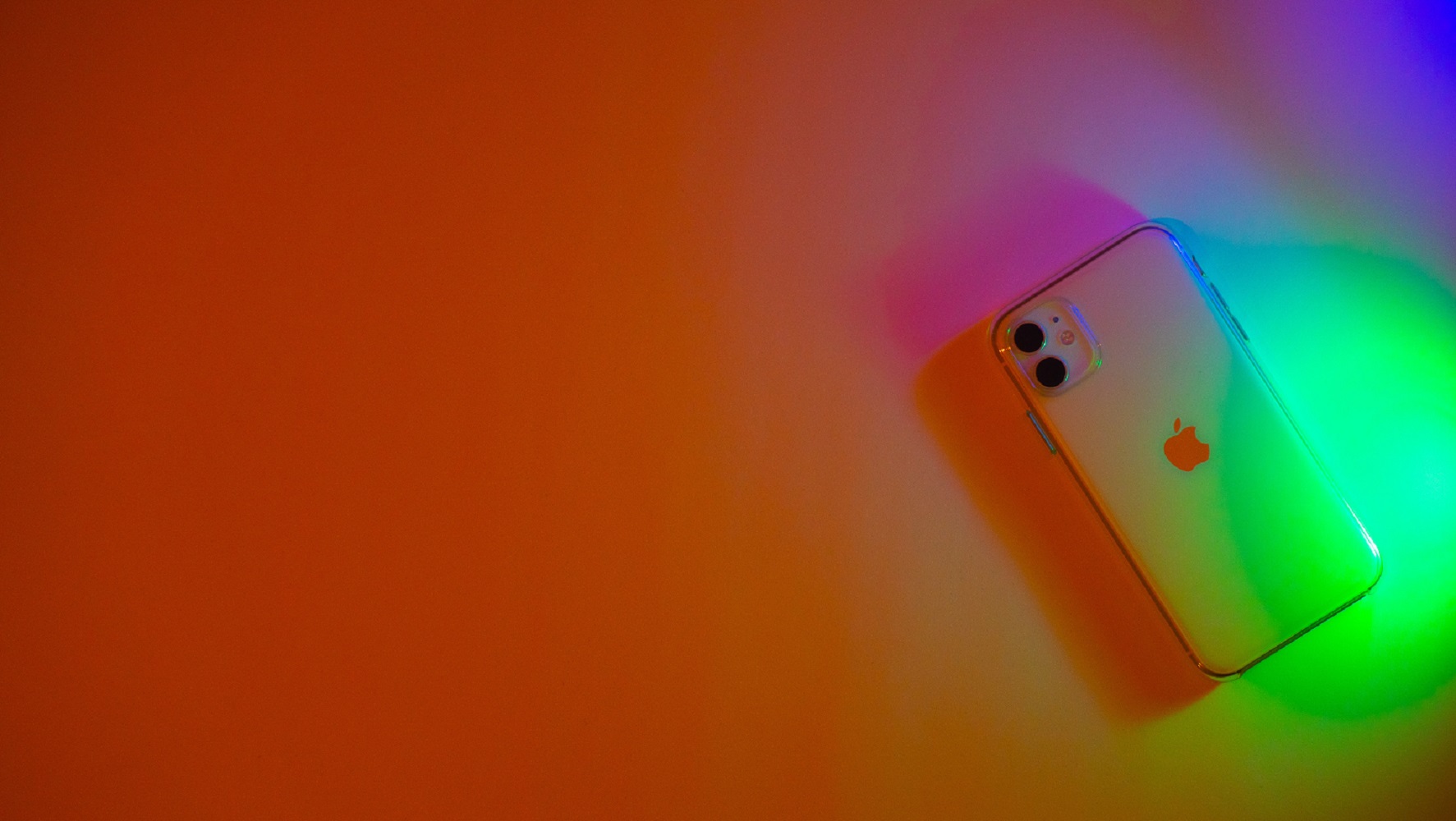 AppsFlyer has released the 14th edition of its Performance Index, ranking the top media sources in mobile advertising. The newest edition is the first to measure activity completely post-Apple’s App Tracking Transparency (ATT) enforcement, and AppsFlyer examined the comprehensive impact that the new privacy era has had on all aspects of the mobile ecosystem: iOS and Android, gaming and non-gaming apps, self-reporting networks (SRNs), and non-SRNs.

Apple’s ATT is approaching one year of enforcement, but mobile media sources continue to feel its repercussions following a chaotic year. After placing second in AppsFlyer’s previous SKAdNetwork (SKAN) Index, Meta Ads has landed first place in the new SKAN ranking, coming in first in both power and volume positions in three out of four rankings. 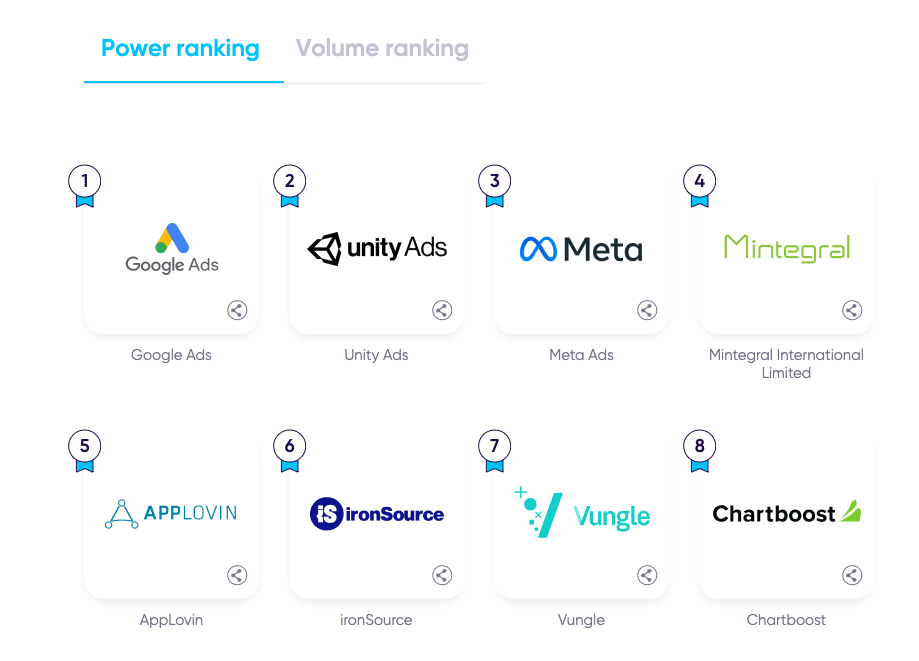 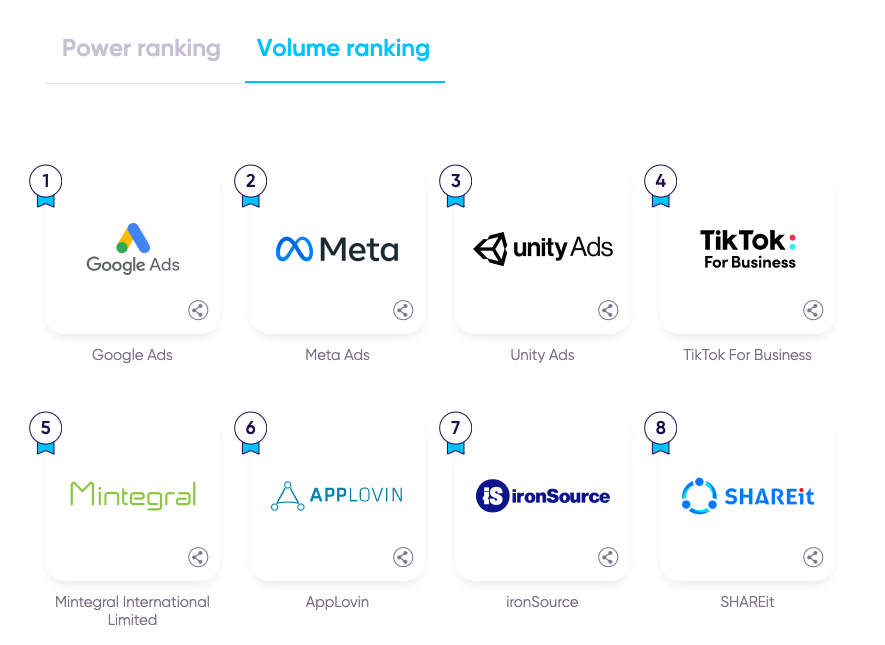 The social network was able to drive a higher scale than all other media sources, while its quality signals were best across in-app engagement for non-gaming apps, as well as in-app purchases (IAP) for both gaming and non-gaming. Placing first in the SKAN Index indicates that Meta’s internal modeling for SKAN is improving, driving better results for advertisers on the platform.

Despite its top SKAN ranking, the post-ATT aggregate data reality has proven extremely challenging for Meta. Before ATT, the social networking giant dominated iOS rankings thanks to massive scale and top quality. However, in the new reality, its index volume remains much lower than pre-ATT, while the volume coming from consenting iOS users cannot compensate since most users do not consent to tracking.

TikTok For Business, which ranked first in AppsFlyer’s first SKAN Index in 2021, still performed extremely well, placing second in the power and volume rankings in engagement for non-gaming apps, as well as second in the IAP power ranking in gaming.

“The growth in adoption of Apple’s SKADNetwork and AppsFlyer’s release of Conversion Studio has enabled a significant expansion of the scope and methodology of the Performance Index,” said Shani Rosenfelder, Head of Content & Mobile Insights at AppsFlyer. “As media sources improve their SKAN modeling, it will be interesting to see if advertisers shift some budgets back to iOS, or whether a limited and aggregate data reality will continue to determine budget allocation, at least until advertisers gain more confidence in their ability to drive performance with existing SKAN signals.”

The enforcement of Apple’s ATT framework has had just as much of an effect on mobile media companies as it has on mobile marketers. When comparing Performance Index rankings from pre to post iOS 14.5 enforcement, AppsFlyer found that 29 media sources’ positions changed, both up or down, at least two spots in the rankings, while 20 media sources fluctuated at least three spots. This includes all top 10 media sources, both for SRNs (self-reporting networks such as Meta and Google) and non-SRNs.

Although the fluctuations were more significant in iOS, ATT enforcements also had a substantial effect on Android for mobile media companies. When comparing H2 2020 and H2 2021, 25% of total budgets shifted from iOS to Android. Additionally, gaming verticals in both iOS and Android rankings experienced the most fluctuation, as media companies that were once hyper-focused on user-level data analysis had to completely rewrite their algorithms in the new aggregate data privacy reality. Some media companies reacted faster while others are still struggling, translating into significant instability on the media side.