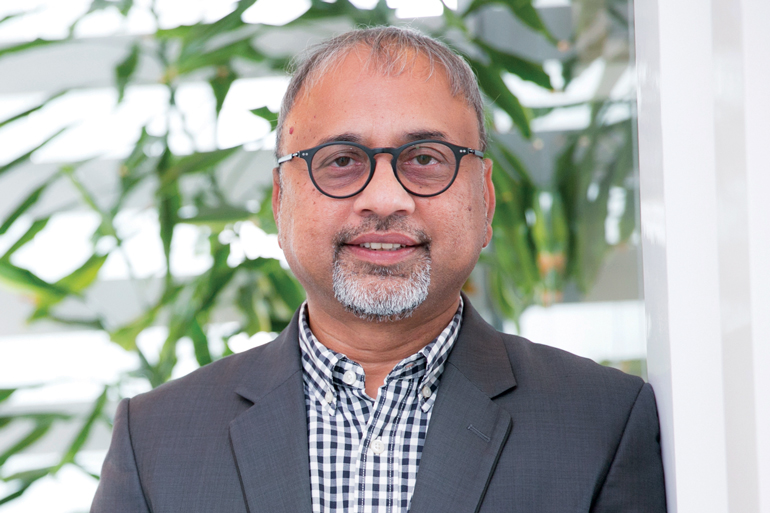 Ravi Rao, CEO, Mindshare MENA, on why today everything is media

Rao believes Mindshare MENA has two challenges: to build on the current offering of the network and bring in global products and processes to increase effectiveness. That said, there are several big accounts including Unilever, PepsiCo and Kellogg’s, which are part of the global portfolio but not in the MENA. “Is it easy [to win accounts] because you’re part of a network? The answer is no,” he says. And while there is increased focus on the MENA region, “You obviously need the right talent, the right infrastructure and product, which we are building up dramatically,” says Rao.

It has been a tough time for Mindshare in the region having lost big accounts such as Infiniti, Rani and DTCM, which still “pains” – although the agency is working with DTCM for social – “but then we said hey, this is part of the game,” adds Rao.

“Every agency has got a positive as well as a negative perception – depends on who you talk to,” he says. The competitive nature of the industry, fueled by the lack of market growth, leads to intense rivalry, he opines. But Rao, prefers to look at it as a phase. “The core thing is how do you manage most of your core clients and your core talent? That’s what your agency is all about.”

It’s not all doom and gloom though. “We have been extremely successful in a lot of social search, and performance oriented campaigns and clients exclusively on this and that has been a big boon to us because we have a very strong social team,” he says. Additionally, Mindshare MENA has also adapted the globally launched FAST approach i.e. Future Adaptive Specialist Teams, making it one of the first regional markets to do so. “And on clients, like HSBC for example, we do a lot more digital attribution to a proper model where you can actually do real-time interjection on performance and lead-oriented campaigns. It’s amazing to the point that we have a very strong PMP in play that even most of the global clients at HSBC do not use,” he adds.

On pitches and new business

Rao says that several existing clients recognize the upgrade in services and the changing nature of the industry and “it has been helping us dramatically through increased investments.” That said, new businesses are still important, but, “it is also very selective,” he adds. So much so that the agency has even pulled out of pitches before the invite, largely due to conflicts with existing clients and as Rao humbly admits, “Perhaps I don’t have the right mix right now to manage certain types of businesses.” Also, “We have an existing business that’s growing so fast, I don’t want to dislodge it,” he adds.

On pricing and transparency

Rao admits that the industry here is “price led”. “But there is also the question of what is the quality that you bring on, so some clients get it, some clients will not get it, and that’s been the case and it will continue.” Several clients and agencies are working without commission, but Rao questions the point of it since it actually means a loss for the agency. “It makes me wonder what financial model one is working on,” he says.

In the Middle East, transparency becomes a tricky topic because (a) no income tax means no fair record of employee remuneration, (b) no tax audits so no clear results of the company’s growth, and (c) inaccuracies in unbiased neutral research. And so, transparency becomes synonymous with honesty to the point of clearly stating your profit margins to the client.

At the end of the day, says Rao, everything begins and ends in media, “which is a simple philosophy that we operate on.” Every thing from a retail touch point to big data to ideas is open source and is media. “The way things are with a lot of clients now, it’s an open game. So the question is what talent do you bring? We have all kinds of people now and that’s the big step change that media has seen in the last 10 years globally and in this region too.”