AstraZeneca and McCann Health recently launched a campaign to raise awareness for Chronic Kidney Disease (CKD). Here’s how they educated a fashion-forward audience about how ‘healthy kidneys never go out of fashion.’ 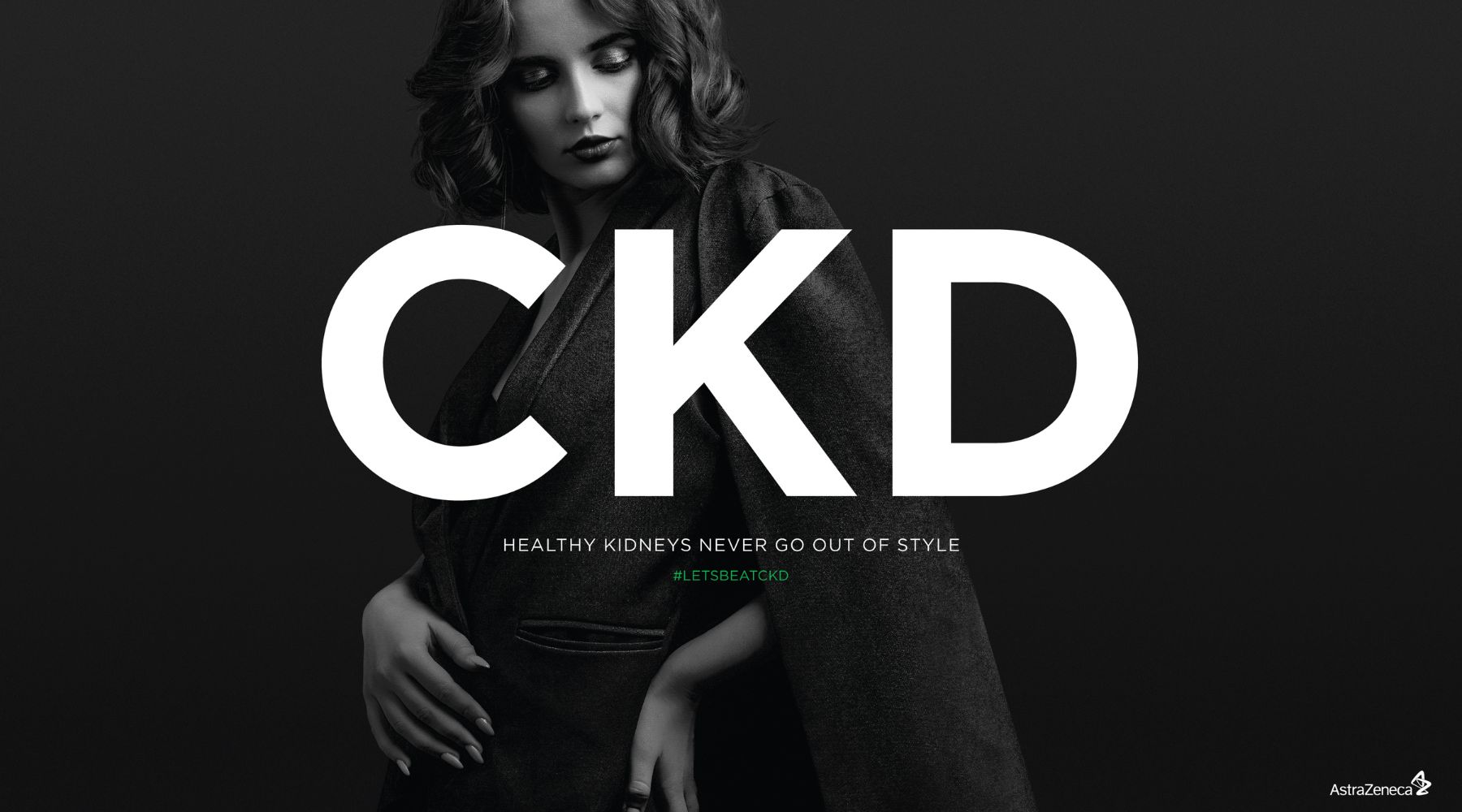 Health marketing and advertising agency, McCann Health launched a campaign for a research-based biopharmaceutical company, AstraZeneca that aims to raise awareness of the symptoms and prevention of Chronic Kidney Disease (CKD). The marketing challenges in the healthcare industry have and remain to be unique and are unlike any other industry. There is a need for marketers & advertisers to be as well-versed with these challenges as their clients.

Dubai is the fashion capital of the Middle East. Fashion revenue is expected to show an annual growth rate (CAGR 2022-2025) of 9.92%, resulting in a projected market volume of US$6.46bn by 2025 in the UAE. McCann Health used this to their advantage and launched a fashion label under the abbreviation of Chronic Kidney Disease, CKD.

In partnership with a team of local designers, their team curated an inspired CKD collection. The collection was brought to the public’s eye through catwalk-style installation at the Swedish Pavilion at the Expo 2020, and on hoardings on the ubiquitous Sheikh Zayed Road. With the entire campaign, McCann Health focused on delivering the message to ‘keep an eye on your kidneys as you do on the next season’s trends.’ 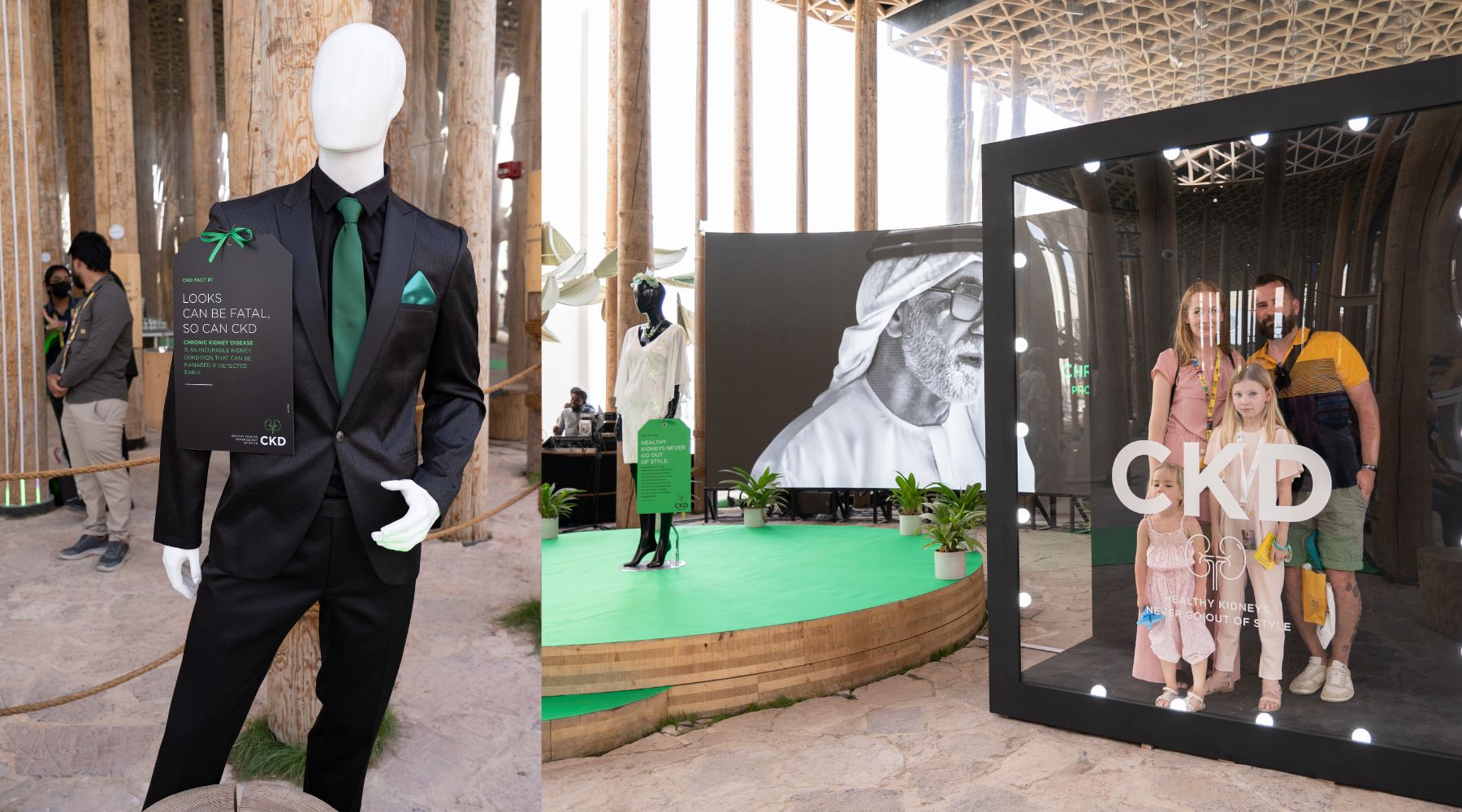 Karen Kamel, Managing Director at McCann Health tells Communicate, “When we are working with pharma companies on such awareness campaigns, it's on the conservative side of communicating disease. The last thing you want to do is to create any fear or talk to anyone that might feel like they are showing symptoms. But it's not just that, you also need to be mindful while developing a campaign.”

The process of communicating a serious healthcare disease through a creative campaign requires cautious thought and the ability to create content that sensitizes the audience. This campaign captures the attention of a fashion-forward and brand-conscious audience, in a distinctive way without appearing like a healthcare campaign.

“March is identified as the National Kidney Month. AstraZeneca wanted to focus on Chronic Kidney Disease, which is actually a silent disease. It isn’t something people truly care to know more about, so, it was important to stand out from not just regular communication but also be specific about how this disease is a fatal one and prevention of the same can save lives,” explained Anand Tahilramani, Creative Director at McCann Health.

“With the kind of hype fashion creates in this region, we decided to create a fashion label out of the abbreviation of the disease, CKD. Typically, this isn’t how disease awareness campaigns are marketed. We really wanted to stand out from the typical communication style,” further added Tahilramani. 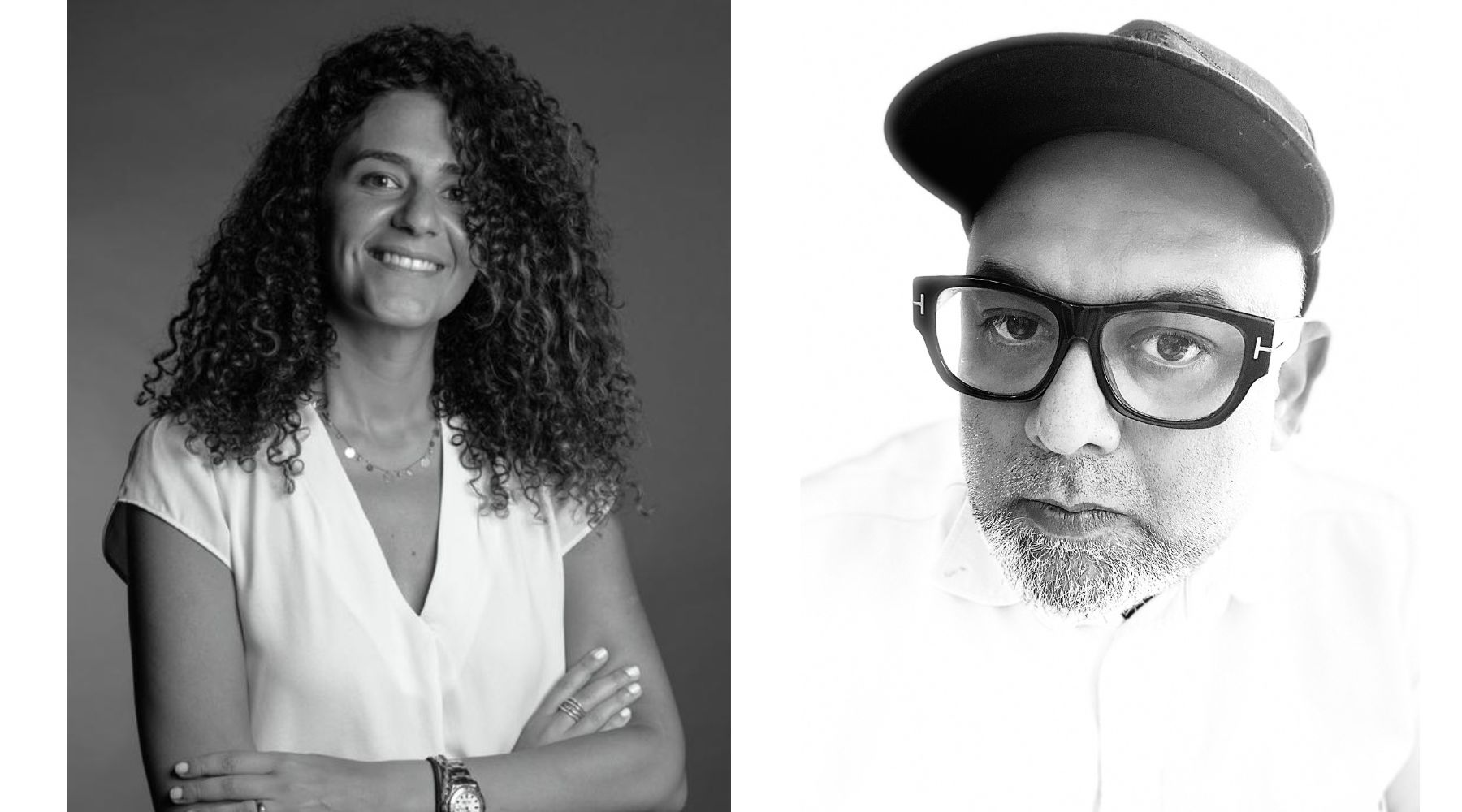 Sparking conversation and raising awareness in its true form

All the designer pieces designed under the CKD collection for the campaign followed a minimalist approach but aimed at sparking curiosity amongst consumers about the cause. “Initially we wanted to embroider kidney shapes and hints about the cause onto the clothes, but, we realized that would sort of beat the purpose. Eventually, we stuck with the tonality of high-end fashion brands and kept it very minimalistic but embedded subtle statistics,” explained Kamel. 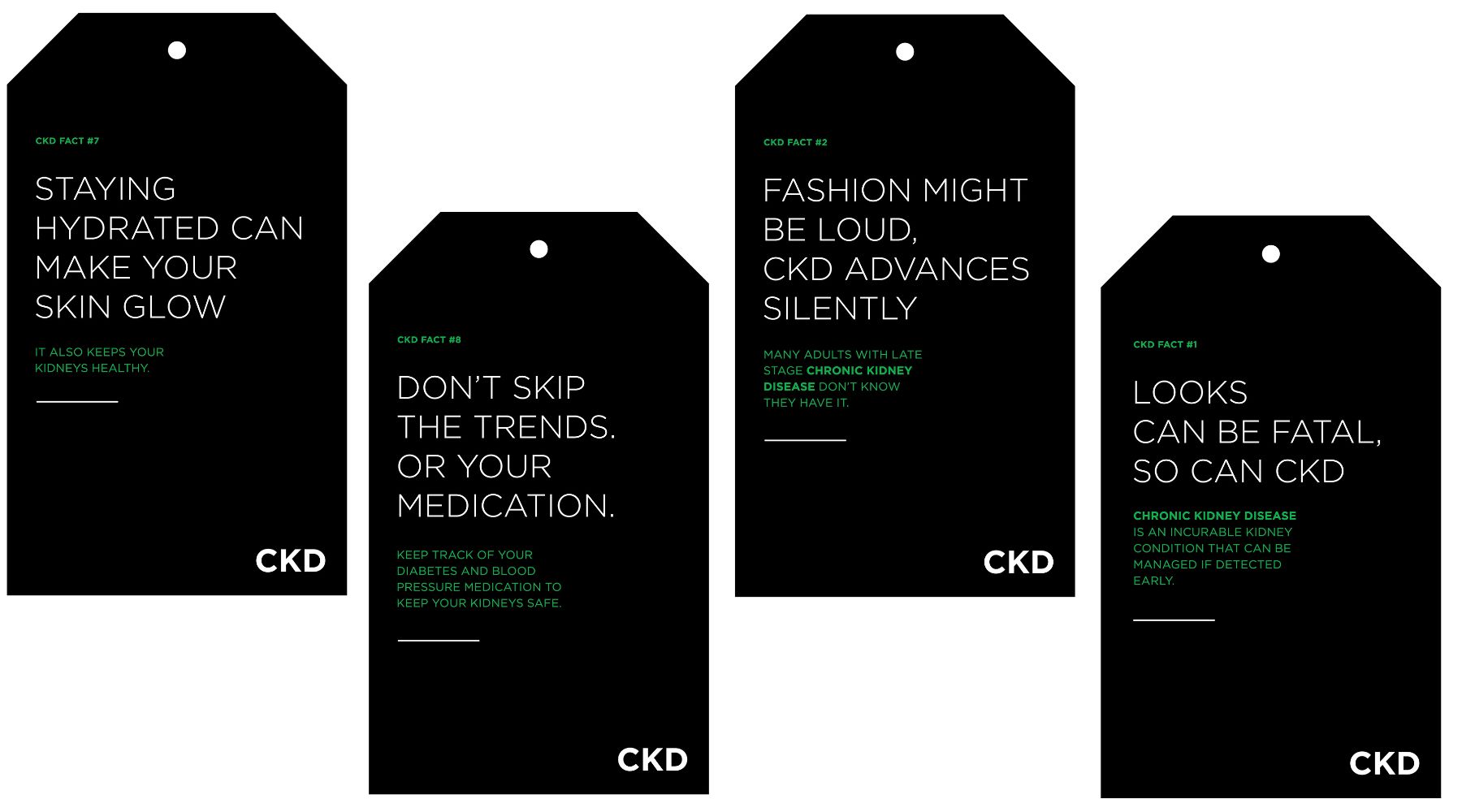 “We had some messages saying that 1 out of 10 don't know that they have the symptoms, and 9 out of 10 unknowingly get the disease and so on. The target audience during the awareness phase was a wider range. Since those who’ve been diagnosed tend to fall in a slightly older age range and the caregivers can cover anyone and everyone. The core aim was for people to be as aware of the disease as they are for instance of diabetes,” added Tahilramani.

Aligning the campaign to the client’s brand values

Biotechnology and pharmaceutical leader, AstraZeneca’s mission and vision statements define their priority towards putting science and their patients first.

“While patient centricity is their focus, they are also leaders when it comes to innovation in the medical field. The path they chose with this campaign was that of boldness. It was a brave move for AstraZeneca to choose something that might not be using a traditional methodology but will get the outcome. The campaign sort of disrupted and led to creating interest and awareness,” explained Kamel. McCann Health used this move by their client to their strength and chose the right time to launch the campaign.

“Running parallel to the Kidney Awareness Month, AstraZeneca was also hosting a summit where all the prominent key opinion leaders that are related to the disease were participating. While they were having a very scientific event, they wanted to invest in spreading awareness and conveying these messages to the public. The launch of the campaign which took place at Expo covered all these aspects and attracted crucial personalities know, like authorities from the Ministry of Health & Prevention, and Dubai Health Authority. So, that really added to the PR of the campaign itself,” said Tahilramani.