How Adidas Leveled the Playing Field during the World Cup

"Beach Club Billboard" in Doha aimed to draw the world's attention to the importance of ensuring gender equity and creating fair access and opportunity for women in football. 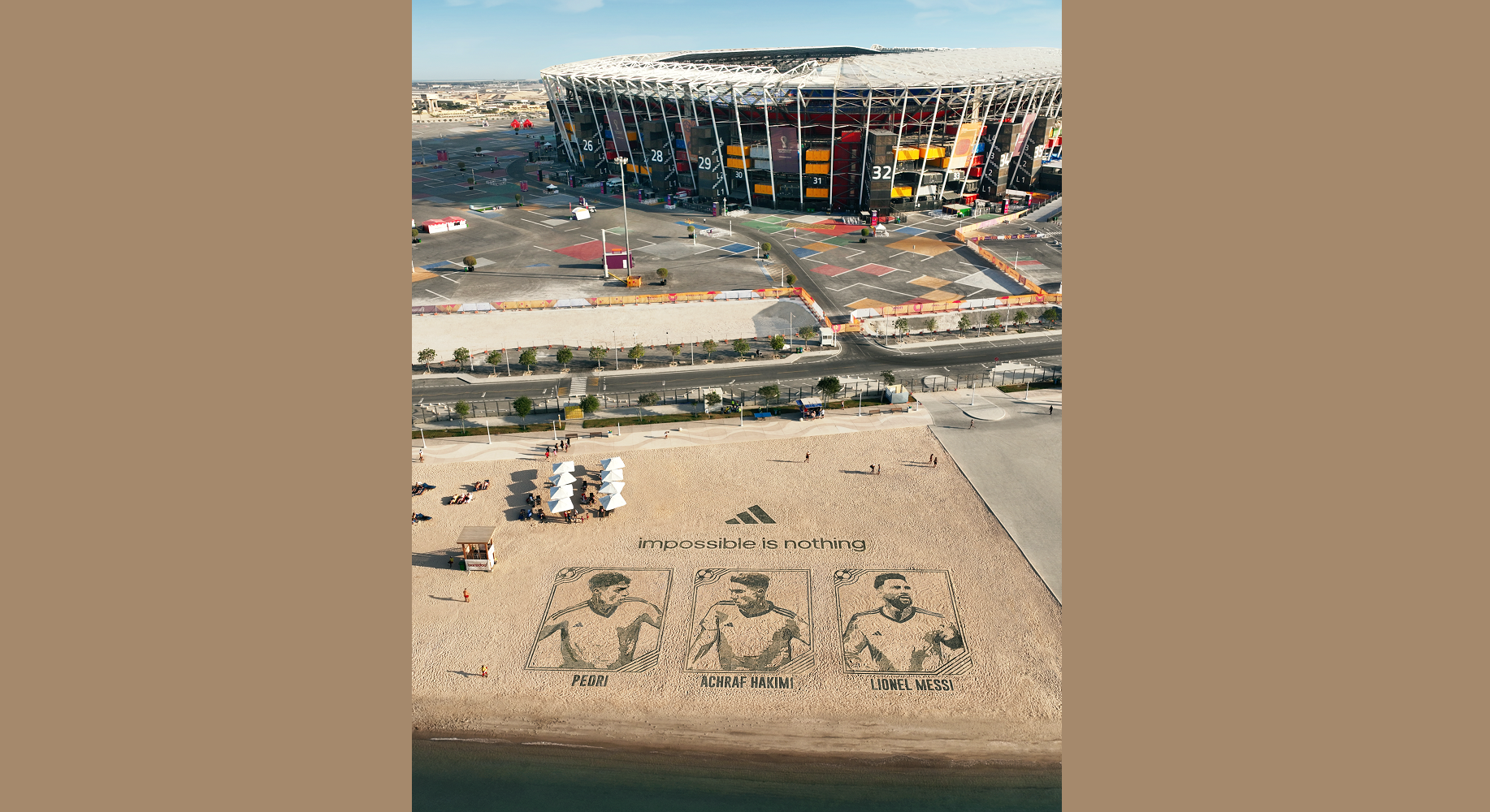 On December 16, just before the final matches of the FIFA World Cup Qatar 2022, Adidas unveiled its dynamic "Beach Club Billboard" in Doha, a bold statement that turned the world’s attention to women’s football. The activation was located between Doha’s two airports on Doha Beach, within walking distance of Stadium 974.

It was created to celebrate Adidas’ biggest football legends, featuring portraits of Pedri, Achraf Hakimi, and Lionel Messi – some of the most well-known names in football – which were carved on the sands of the beach. The portraits made headlines and caught the attention of World Cup attendees and the social community.

At the end of the knockout stages, Adidas removed the portraits and asked fans to guess who the next legends will be via social media. As expected, fans flooded the Adidas MENA Instagram page with the names of other popular players – all of whom were men.

On the day of the reveal, people saw that the next legends were in fact Mary Fowler, Farah Jefry, and Catarina Macario. A twist that took fans by surprise, yet really shouldn’t have been such a shock. 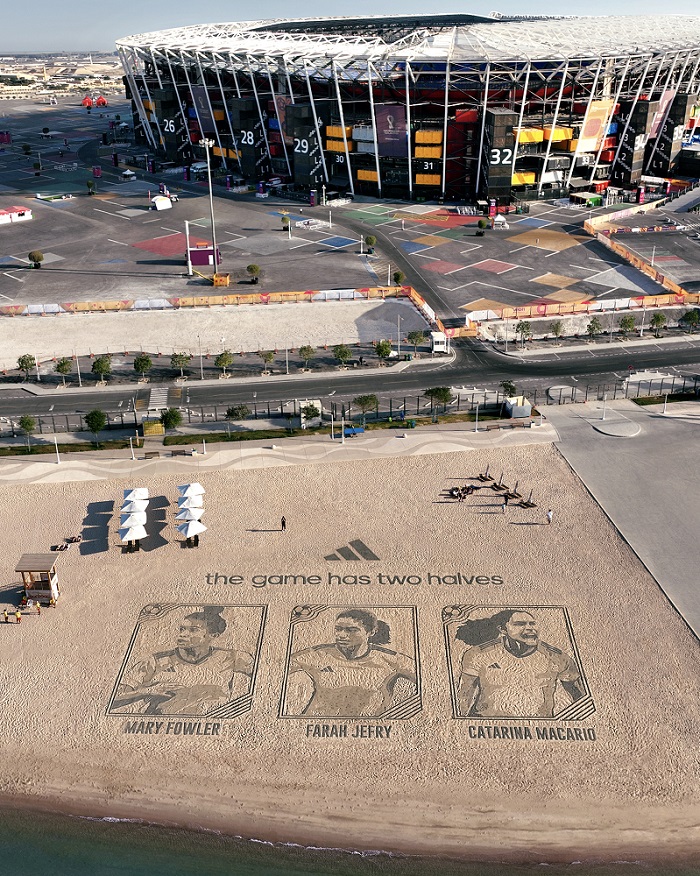 Based on a recent global survey, only 14% of Gen Z Men’s World Cup fans commit their support to the Women’s World Cup (according to GWI Core). The activation was part of Adidas’ efforts to draw the attention of the world to the importance of ensuring gender equity and creating fair access and opportunity for women in the sport, ahead of the FIFA 2023 Women’s World Cup in Australia and New Zealand.

The unveiling during the final stages of the FIFA World Cup Qatar 2022 was intended to celebrate football female players, highlighting that there is the other half of the global football story, reframing the conversation around equality and how the world sees the sport.

“While the recent FIFA World Cup was a celebration of men’s football, the Beach Club Billboard reminded fans that there’s still another half of football to look forward to at the 2023 FIFA Women’s World Cup. It gave our female rising stars the visibility, equal presence, and opportunities that they deserve. Our vision was to bring to attention the important conversations around equality, parity, and representation in the game,” said Vicki Fitzsimons, Senior Brand Director at Adidas MENA, in a statement.

The idea for the activation was conceived by FP7McCann Dubai in partnership with Jack Morton Dubai, who were tasked with creating the 121 x 95 feet murals – the size of a low-rise building – in ten days. Artist Nathan Alapide was commissioned to bring the legends to life for viewers. A team of 20 people worked against unpredictable wind conditions while thousands of World Cup attendees were roaming the vicinity.

Claire Butler, VP Client Service Director at Jack Morton MENAT, said of the process, “We brought in three tons of sand and three more tons of gravel. That’s 15 truckloads of material! The materials were then laid out on 700 wood stencils that were specially designed for the project. It was a very tedious and detail-oriented process. Replicating the exact facial features of the players was key for us in order to portray them accurately. And the end result was really impactful.”

Federico Fanti, Chief Creative Officer at FP7McCann, said of the idea, “Whenever we think about the best football players, it’s only men who come to mind. Our question was, why? We wanted Adidas’ female talent to get the same exposure as their male counterparts. That’s the dream. And since sand has always been a canvas we’ve all used during childhood to draw our dreams, the 'Beach Club Billboard' represented every woman’s dream. We hope this idea empowers women and young girls to pursue football so that sport can be enjoyed at its full potential.”