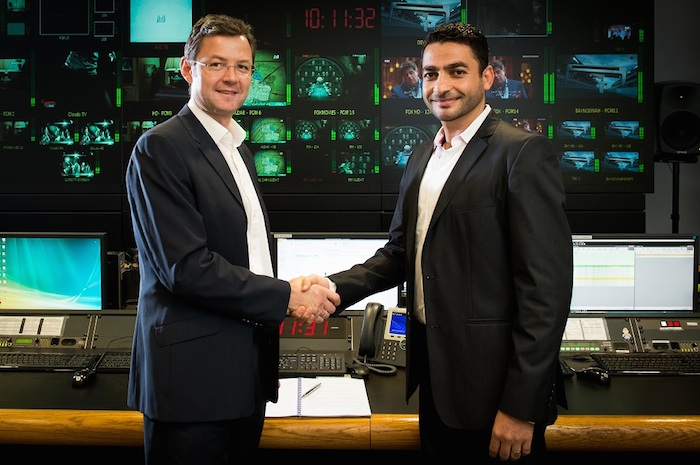 Ericsson will provide playout and media management services for Quest Arabia, a new Arabic-language TV channel slated to launch in Q4 of 2015, as part of the contract. The free-to-air service is a partnership between Image Nation and the world’s number one pay TV programmer, Discovery Communications.

Carl Von Doussa, general manager of Channels at Image Nation, says in a statement to the press. “Partnering with an industry leader like Ericsson will ensure that Quest Arabiya’s playout and content management operations are in good hands. The agreement is part of our outsourced model, meaning that while Ericsson provide this managed service the Quest Arabiya team can focus on their core expertise: delivering exciting and original Arabic programming across the entire region.”

In the same press statement, Rafiah Ibrahim, President Ericsson Region Middle East and East Africa, says: “Today we see the TV industry in the region witnessing this transformation with strong local and international broadcaster base. Our role is to help those broadcasters seize the opportunities of this transformation. There is huge appetite for original, Arabic language content across the Middle East and we are honored to play an integral role in delivering this service 24/7 from our newly-established hub in Abu Dhabi.”

Michael Garin, CEO of Image Nation, says, “The partnership with Ericsson is a great example of the benefits of being on the twofour54 campus and part of the Media Zone Authority, where the best of local, regional and international expertise exists in one place in the heart of Abu Dhabi.”