Connect Ads partners with Shazam in the UAE
Insights Industry
Back

Connect Ads partners with Shazam in the UAE 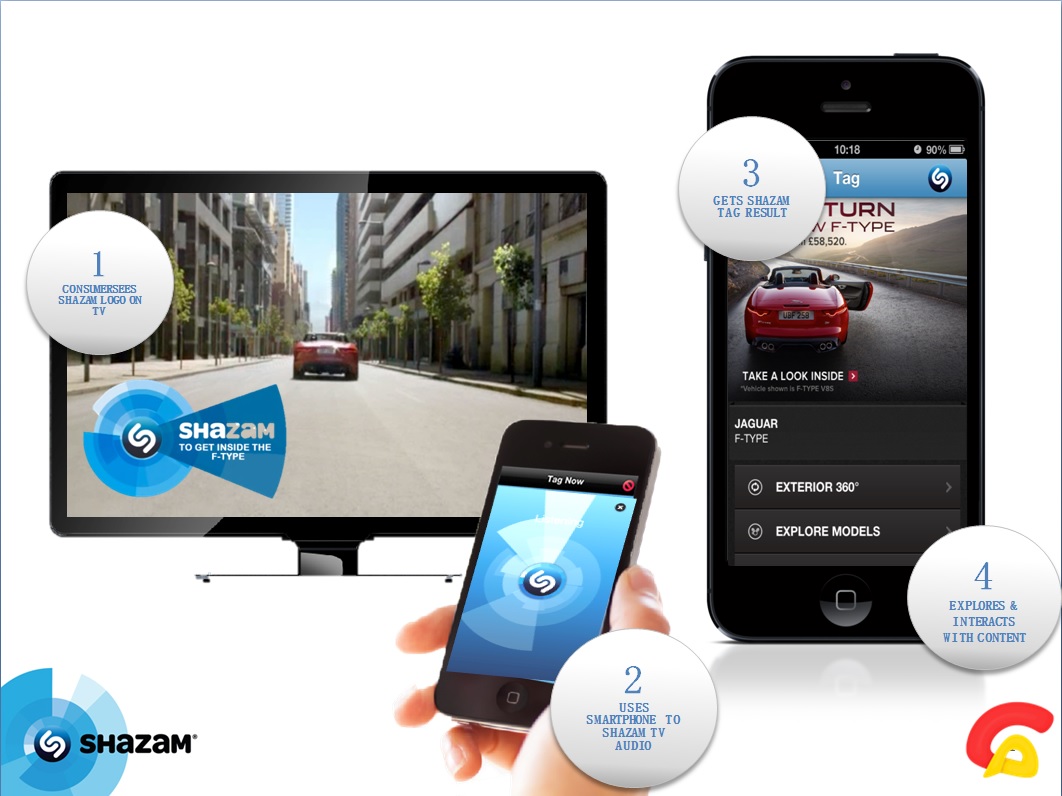 Digital media and technology solutions provider Connect Ads, a subsidiary of OTVentures, announced today an exclusive partnership with music, media and ad recognition app Shazam – which runs on any smartphone and can recognize content on nearby TVs, videos or tablets. The app has seen increasing commercial use, whereby TV viewers who “Shazam”ed a 15-second commercial showing the exterior of a car racing by, could be automatically taken to a two-minute virtual tour of the interior.

Fadi Antaki, CEO of OTVentures, comments on the partnership: “Consumers absolutely love Shazam and marketers and brand managers are passionate about its possibilities. We are proud to be able to offer Shazam in the region and we expect it to make a big push in connecting TV networks and advertisers with consumers on their ‘second screens’; their smartphones or tablets.”

Josh Partridge, Shazam’s director of advertising for the EMEA region says: “We are delighted to partner with Connect Ads, which has a robust track record, with depth and breadth in the Middle East market. There is strong demand from the marketplace for more innovative mobile and data-driven opportunities. This partnership is another significant milestone in our worldwide reach and expansion. Together, we are committed to help brands in the region connect with TV viewers via their mobile phones and tablets and retarget users across the region through Shazam’s mobile app.”

Mohamed El Mehairy, managing director of Connect Ads, adds: “Shazam’s call-to-action is captivating both brands and consumers. Marketers are thrilled to broaden their brand beat with consumers into new territories, carrying on the audiovisual conversation of their commercials from the TV screens to the customers’ mobile devices. Shazam helps advertisers leverage those audiences in a way that’s immersive, additive and supportive to increasing tune-in. It will also drive new revenue and help promote content over all digital media channels along with the TV. Consumers are also excited to set out on a discovery journey about the brands they love most on their smart handsets.”

The rise of multi-screening or ‘screen-stacking’ behavior by consumers is fueling the popularity of Shazam in the region and around the world. In his talk on multi-screen engagement at this year’s Arabnet conference in Dubai, Tom Roychoudhury, chief innovation officer at MCN (Middle East Communications Network) Holding, added that brand recall actually increased with multi-screen behavior, with the likelihood of viewers recalling advertisers on a TV show standing at 46 percent on average – 53 percent when consumers are using four screens, 46 percent when they are watching three screens, and 42 percent when they are exposed to two screens. This is largely due to changing user consumption patterns in a new multi-screen world – where 90 percent of media consumption is screen-based – which Roychoudhury categorized as follows: snacking, the habit of self-packaging content from the Internet or TV and consuming it anywhere; multi-tasking, the consumption of different types of content simultaneously; place-shifting, copying television content to digital media to watch it anywhere; and time-shifting, recording and watching content at a time convenient to the user.

In the region, brands can advertise on Shazam through Connectads, Shazam for TV campaigns (SFTV) and in-app opportunities (banners, listening Screen, no match banners.)