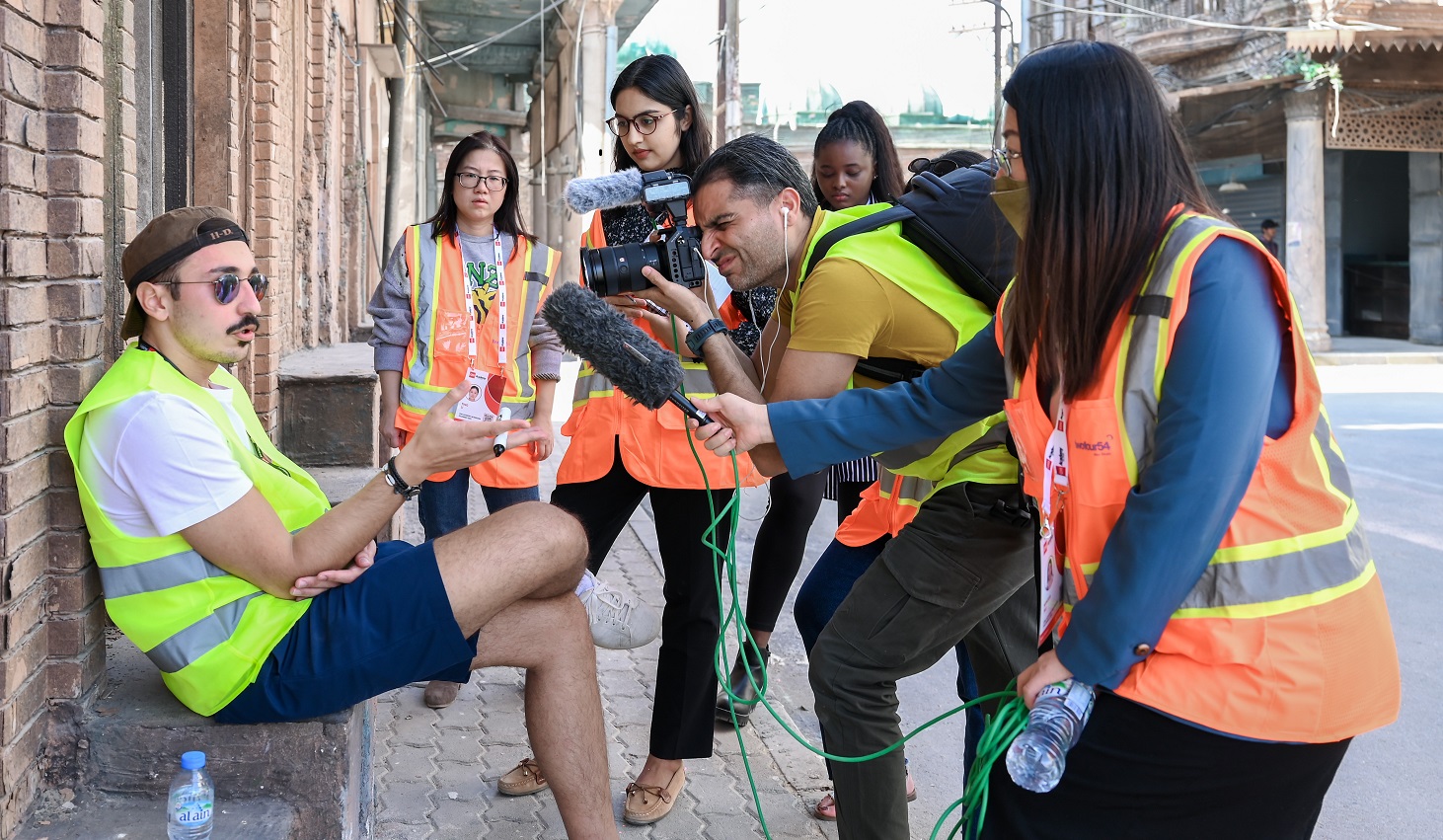 CNN has delivered a unique journalism training experience to participants from its CNN Academy hubs from across the world as the network further develops its training and education program, CNN Academy.

Over five days last week, CNN created a realistic breaking news environment that enabled 88 participants – all currently enrolled in the network’s various CNN Academy programs – to refine and utilize the skills obtained throughout their learning on various CNN Academy courses around the world.

Hosted at twofour54’s Yas Creative Hub in Abu Dhabi, the large-scale event saw participants working in teams to explore a fictitious scenario that allowed them to function as reporters, news writers, and content producers. This included verifying sources, attending mock press conferences, conducting mock interviews, responding to email updates, deciphering documents, and navigating a custom-made simulated social media platform which was updated in real time throughout the event and included evidence, bots, decoys, and news to sift through.

The participants also investigated and news-gathered at a scene built on a film set at the twofour54 Kizad backlot where they interacted with CNN journalists playing the roles of eye witnesses, activists and corporate representatives. Devised by CNN journalists in conjunction with Prof. Rex Brynen of McGill University, a leader in serious gaming, and Jim Wallman of game design company Stone Paper Scissors, the scenario encouraged strategic thinking, team building, tact, and decision-making.

After deducing the story and best angles, the participants pitched to a panel of senior CNN staff, replicating the interaction with editors in a newsroom, and six teams were selected to write, produce, and edit final packages.

The ground-breaking initiative provided a safe-to-fail environment where participants could apply their skills under CNN guidance and supervision whilst experiencing the fast-paced environment that journalists work in each day.

Alongside the simulation, masterclasses were chaired by Becky Anderson, Managing Editor of CNN Abu Dhabi and Anchor of "Connect the World with Becky Anderson," delivering valuable insights into the operations behind CNN’s reporting from large-scale global events and the perspective of photojournalists, how they use various kit and operate in the field.

Since the launch of CNN Academy in 2020, CNN has collaborated with creative, educational, and media partners to combine CNN’s renowned global journalism expertise with academic excellence. The variety of innovative CNN Academy programs offers dynamic learning through a wealth of resources, in-person exercises, digital courses, and expert-led workshops, with CNN now developing new CNN Academy concepts and formats with other partners.

Phil Nelson, Chief Operating Officer CNN International Commercial, said in a statement, “Beyond extending CNN’s mission in bringing exceptional journalism to the world, CNN Academy is also an innovative way for us to work with a wide array of educational, creative, and media partners. Since the launch of the first CNN Academy in Abu Dhabi, we have trained over 350 participants in our various programs worldwide. I am delighted for the inaugural newsroom simulation to be hosted in Abu Dhabi, as we take this initiative to the next level and further expand the way we train emerging journalistic talent and contribute to CNN’s legacy of unparalleled global newsgathering and reporting.”

Becky Anderson said, “This was a tremendous event, I’ve never known anything like it in the industry. It really replicated what it’s like to news gather in a different environment, working with new colleagues and uncovering information to get the facts and to the heart of a story. The participants were fantastic throughout the week and demonstrated skills that are vital for a career in journalism. It has been great to collaborate with future talent from around the world and bring everyone together in Abu Dhabi to build connections with their international contemporaries and get first-hand advice and expertise from our global team at CNN.”