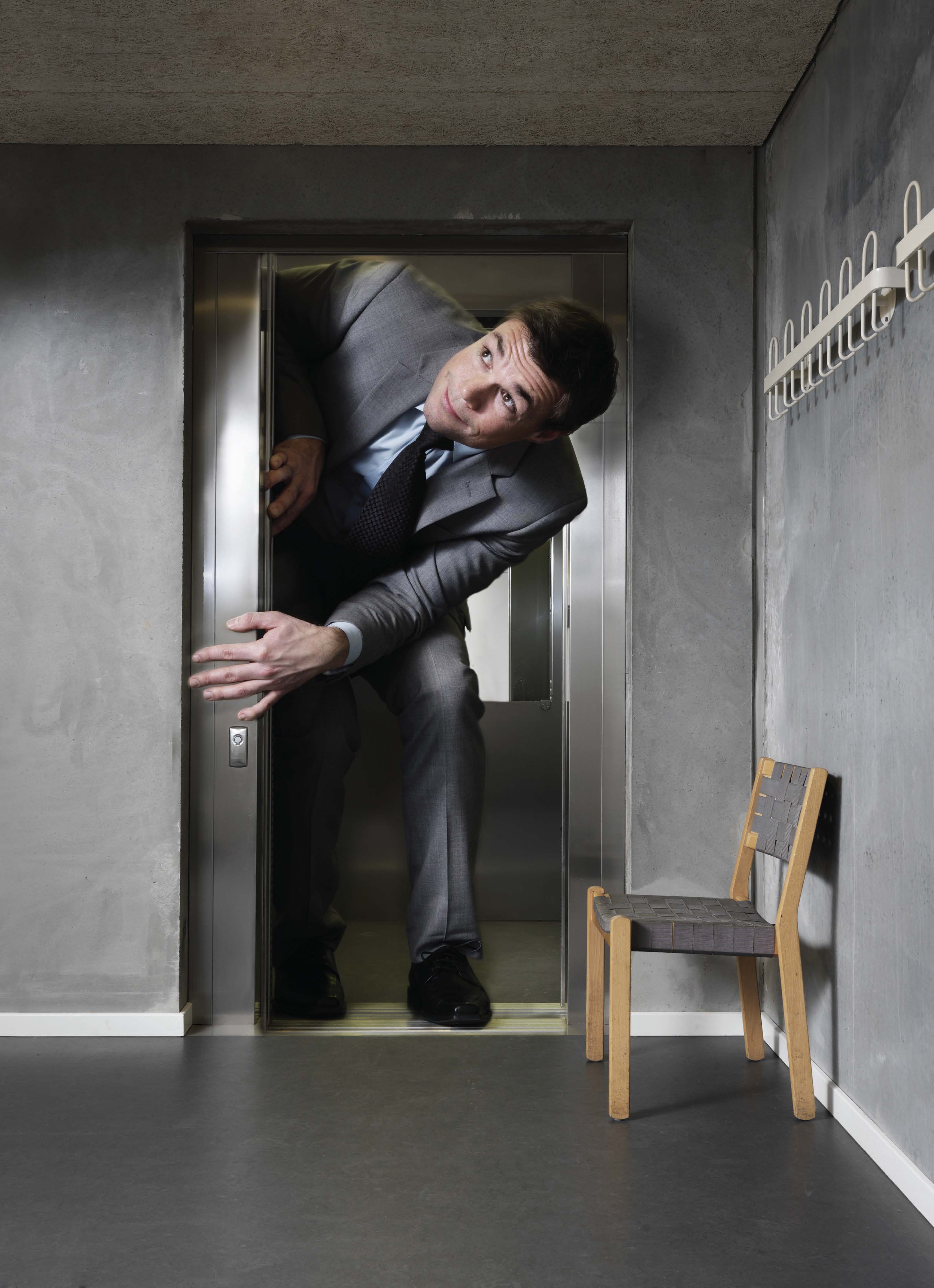 The Social Network, a movie detailing the early days of peculiar, somewhat reclusive and smug Facebook founder Mark Zuckerberg, started an irrevocable trend in the startup world – a new generation of young entrepreneurs whose personas preceded any promise of a success story, or one of survival. The temptation to follow in Zuckerberg’s footsteps was too irresistible for even Evan Spiegel, the founder of Snapchat whose rejection of a $3 billion acquisition offer from Facebook in November 2013 was seen as a stroke of genius by many – more so after Facebook’s ‘sexting’ app, Poke, a near identical copy of Snapchat, received poor reviews – and an act of adolescent rebellion by others.

However, he failed to deliver the same air of mystery and controversy around him following a Forbes interview. “Bill Gates, Michael Dell and Mark Zuckerberg have proven that you can be in your early 20s and have the wisdom to run a transformative billion-dollar company. Snapchat CEO Evan Spiegel seems intent on proving the opposite,” said Forbes editor, Randall Lane, in an article titled Snapchat’s Evan Spiegel and the Antics of a 23-year-old Novice.

Lane was referring to Spiegel’s previous claim to Forbes that he had nonchalantly responded to Zuckerberg’s request for a meeting, when, a few email screenshots later – shared by Spiegel himself in response to media comments on his arrogance – turned out he hadn’t. The quest to not only become the next Zuckerberg, but also shrug off Zuckerberg, has equally reverberated in the regional entrepreneurial echo chamber – as angel investor, entrepreneur and founder of The SmartStart Fund investment fund, Prashant Gulati, likes to call it. “Generally, you find interesting traits in the region: Lebanese entrepreneurs, who think they’re going to create a $100 million company; then Jordanian entrepreneurs, who are less ambitious and don’t want to do anything outside the region; and then UAE entrepreneurs, who may have the best balance because they are in a booming economy,” says Amir Farha, managing partner at BECO Capital (a Dubai-based investment firm with a focus on tech startups, which was started by Farha and his cousin, Dany Farha, who founded the region’s now largest recruitment site, Bayt.com, and later exited his shares in the company).

“People want to make the billion-dollar story. What’s wrong with the million-dollar story? I wish everybody gets a Forbes article, but it’s the work that counts. Snapchat, after all, built its business around a market gap, not around the idea of having a social network,” says Gulati, who’s often been asked to sign non-disclosure agreements “by regional entrepreneurs, who, nunfortunately, don’t talk to many people. If the only thing you have is your idea, somebody will steal it”.

There was a time, Gulati recalls, when almost everyone in the region was building some variation of a social network; one in particular, Dudu, had a billboard sign in Dubai Media City “stating something along the lines of ‘the next Facebook is here’,” he says. Several LinkedIn regional look-alikes, for which the selling point was that “LinkedIn was too wide and that people got lost on it”, followed and faded out. Although, according to Gulati, Dudu might have picked up some momentum with the Middle East region’s Eastern European segment, regional entrepreneurs quickly realized that sub culture-centric and community-based social networks could only go and reach so far.

Simply put, Khaldoon Tabaza, founder and managing director of iMENA Holdings – which invests in, builds and partners with companies in the online consumer business industry – says: “We will never try to create a Facebook, because the Facebook of the Arab world is Facebook.”

Tabaza’s statement might be perfectly to the point, but it also begs the question: if a MENA startup shows business concept, model and traction prospects, as Facebook and Snapchat did in their early days, could it ever grow as big out of the region?

To this question, venture capitalists, angel investors and professionals in the regional entrepreneurship support field have many answers; most of which pour into the pool of factors impeding the growth of MENA startups. For one, Tabaza says the region still lacks an ecosystem that allows entrepreneurs to quickly ramp up funding. “Even if they get the technology right, entrepreneurs will need to move from angel investment, to early stage, to growth stage and then to late stage funding within a period of two to three years, while in the MENA region, it takes six to 12 months to get funded in the first place,” he explains.

The lack in large holding companies, such as iMENA Holdings, which can acquire smaller ones and are, therefore, able to set potential exit scenarios “for investors as well as for company founders,” he adds, is a barrier to buyouts – a natural progression for startups looking at scaling up and out of their home markets.

“In this part of the world, unfortunately, there is not a lot of capital to fund a global business and a trillion-dollar company. Let’s say, we invest in the next Snapchat $1 million, $2 million or $3 million; the company will need $10 million to $15 million in the next round, then another $50 million. Those funding rounds are not available here. A [MENA] entrepreneur with a great idea will go to the US. US investors know how to valuate these kinds of companies,” explains Farha, adding that the region could see its first billion-dollar company in five to 10 years, with the e-commerce platform Souq.com, now valued at $500 million after raising $70 million, leading by example.

Farha struggles, however, in finding companies or entrepreneurs with scalable vision. “A lot of these guys come to us and say they want to builda $3 million company in annual sales, in four or five years. This is an amount for angel, rather than capital, investment. A significant business such as Bayt.com or Zawya – which generate approximately $20 million to $30 million, sometimes $40 million in sales – is what we define as scale.”

Tabaza is not particularly looking at scale, but rather at consumer online businesses in the region that make for lucrative, time-sensitive opportunities for capital formation and quick user traction and adoption; or, as he calls them, the “low-hanging fruits hat have been tested and proven in other areas of the world. We call a lot of internal companies ‘build-ups’ rather than ‘startups’. We avoid business model risk or user adoption risk. We also try to avoid technology risk, as in building breakthrough global technologies from the MENA region”.

This conservative approach, although partly due to a common cultural mindset, is mostly attributed to the MENA region being a late adopter market, its investors offering limited value for “companies in running their operations, building their partnerships and seeking out global clients,” explains Tabaza. However, Farha says that BECO Capital, which currently makes investments on a deal-by-deal basis, is looking at raising larger amounts of capital to avoid resorting to co-investors and differentiating itself as a “value-add investment company – although that term is loosely thrown around. We are hands-on with our companies and heavily involved in helping them scale and grow with strategy, partnerships, recruitment and scaling to other markets, such as Saudi Arabia”.

BECO Capital’s portfolio diversification is not far off from iMENA Holdings’, its investments having gone into property website propertyfinder.ae – which grew to acquire Lebanese portal realestate.com.lb; Duplays, a social platform for sports enthusiasts; RoundMenu, a restaurant review mobile app and website based on social rankings; laimoon.com, a career platform; and, Travelervip, a luxury hotel booking website. “We’re now looking at closing two new investments, one of which is in healthcare and the other is a mobile-based Arabic news reader,” says Farha.

Omar Christidis, founder and CEO of Arab entrepreneurship hub Arabnet, says transactional models, “where [users] are charged for the businesses’ products and services”, are predominant in the Middle East region, if only because they appeal to investors looking for quick revenue generation out of the startups; much to the dismay of Gulati, who believes the immaturity of regional investors has limited their field of vision to “deal and e-commerce sites – businesses which, in most cases, fail”.

That is not to say, however, that social, digital and tech ventures based or started out of the region have not secured proper financial backing – by all means possible. Woopra, a real-time customer analytics business, initially founded in Lebanon in 2007 and now based in San Francisco, was self-funded for four years before it raised its first seed/series A round funding “from friends in the MENA region,” says founder and CEO, Elie Khoury.

Joseph Noujaim, CEO, and George Ghalbouni, managing director and co-founder at Bloomerangs, the company behind BLOOOOM – marketing and audience relationship management software that plugs CRM software into the web, social media measurement and listening tools – also resorted to a “friend” for an initial funding of $12,000; one that helped the company survive for three months before it secured another round of modest funding for $ 25,000 from three investors, Noujaim’s wife being one of them. It was in 2010, when Bloomerangs broke even, that the company was approached by several angel investors.

“Angel equals devil for me; they want return on their money the next day, they want to interfere, and they disrupt the work and business model,” he says. This is why, in March 2011, Bloomerangs got the next round of funding for $156,000 through Bank Audi’s Kafalat loan guarantee scheme. The company, for which the valuation stood at $250,000 in its early stages and now between $1.5 million and $2 million, had been on the hunt “for an investor who is known and knowledgeable in the industry, the market, the pricing system and the legal requirements,” according to Noujaim, who recently found its match in a highly ranked exec at Microsoft, who will own a share of Bloomerangs.

Veez, which, according to founder Wajdi Saoud – and ex-MBC employee – is “a social experience agency,” offering a “user-friendly platform to monitor and analyze popular and trending social media topics based on Twitter data, primarily for media owners”, initially received $300,000 in seed funding from an angel investor in the media industry. Currently looking at raising a second round of $3 million, Saoud says Veez is now valued at $15 million.

Telly, previously known as Twitvid – a social network that initially allowed users to upload mobile video on Twitter in 2009 and then evolved into an aggregator for video content across social media networks – was based out of San Francisco; but it soon established a Middle East connection when it gained popularity in the region in 2012, according to Telly CEO, Mo Al Adham, partnering with another venture in 2013, Mohammad El Saadi’s Sha-Sha Entertainment – a “Netflix for the Arab region,” according to El Saadi, who is now chief international officer at Telly – for a premium video-on-demand service it recently launched only for the emerging markets, Telly Plus (check Communicate, April 2014, page 16).

This, perhaps, explains the significant funding Telly has received from both Silicon Valley and Middle Eastern serial investors, such as Aramex’s founder and vice chairman, Fadi Ghandour, and previous CEO at Maktoob.com, Samih Tuqan. In fact, the company has had three major rounds of investments amounting to $21 million and with a valuation to match. “Telly’s valuation was pretty crazy, but that’s understandable. The market will adapt. All of these crazy valuations will eventually not exist anymore. I think this is just hype around the space,” says Farha.