Can machines help humanity? These apps are the answer
Insights Industry
Back

Can machines help humanity? These apps are the answer 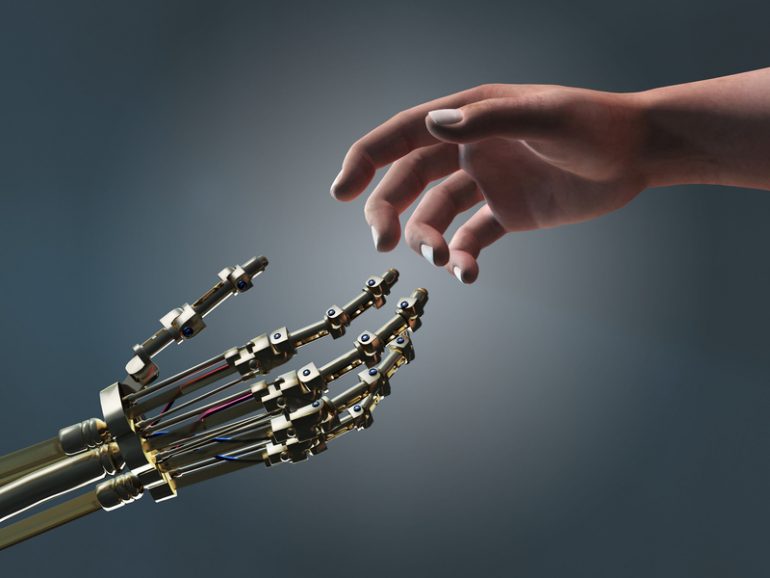 The impending takeover of humans by machines has caused many scholars and employees to stress about the future of the workforce and humanity at large. In all such scenarios, the future doesn’t seem to be good for humans.

Using blockchain-based pharmaceutical distribution, this app tackles counterfeit medicine in the region. It was designed by a team of eight students who were mentored by Saif ur Rehman, cloud developer advocate at IBM; Saeed Motamed, technology solution professional at Microsoft; and IBM cloud developer Naiyarah Hussain.

An app designed to locate missing family members and contacts among refugees. It was designed by a team of seven students who were mentored by Nikita Mathur, cloud developer advocate at IBM; Varun Arora, executive director at OpenCurriculum; and Khalid Machchate, CEO of Kandw Technologies International.

READ: How man and machine are coming together in the new economy

A blockchain-based layer on top of UNHCR refugee registration to manage trusted agents’ claims made about refugees. The team was mentored by CEO of Sahem.ae, Hussam Mohsineh and software engineer at Massachusetts Institute of Technology (MIT)/Improbable Keeley Erhardt.

A platform that assists refugees and asylum seekers in communicating with healthcare professionals using machine learning and natural language processing.

The team was mentored by NYUAD alumna and current Rhodes Scholar pursuing a PHD at University of Oxford Farah Shamout and software engineer at Facebook UK Miguel Sanchez.

The apps were presented at NYU Abu Dhabi’s 8th Annual International Hackathon for Social Good in the Arab World. “This Hackathon has offered yet another round of outstanding ideas and solutions that reflect the spirit of innovation shown across all the teams that participated, which made the final decisions for the judges especially challenging this year. Each team has grown remarkably over the course of these intensive three days, learning, and gaining expert knowledge,” said Sana Odeh, Founder and Chair of the NYUAD Hackathon, Clinical Professor of Computer Science at NYU New York and Affiliated Faculty at NYUAD.