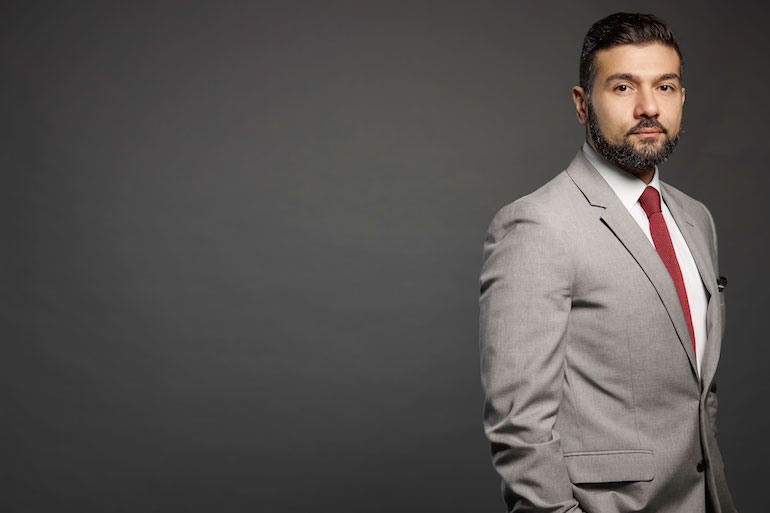 Christos Solomi is the executive director of programmatic at Omnicom Media Group MENA.

1. To a layperson, how would you explain programmatic TV?

Most of the ads you see on your TV were planned and purchased weeks and often months in advance of the spot appearing on your screen. Everyone watching the TV channel at the same time as you are seeing the same advert you are. A media buying agency will have purchased the ad spot for their client and sent over the ad copy in the form of a digital movie player file days in advance of the ad running. The TV broadcaster will have technology that schedules when this ad will run, will upload the digital file and insert it into the transition. This is typically done the day before or the day of transmission.

Programmatic TV deploys a technology architecture and setup with process, targeting and workflow that enable media buyers to purchase adverting in almost real time. The moment a purchase is executed will coincide with the moment a viewer sees the advert. The technology involved can also insert adverts based on the audience profile of the viewer. What does that mean? Two individuals in front of separate screens watching the same TV program will see different adverts that are more relevant to them.

2. Where are we today globally in terms of programmatic ads on TV?

First, it is important to note that programmatic TV advertising is not one thing but a blanket term that covers a number of sub-types of video advertising. The four primary types are video on demand, connected TV, terrestrial broadcast TV and pay TV. The former two, due to the digital nature of their delivery method, lend themselves to an easier integration with programmatic buying platforms. The latter two require specialist technologies that work in partnership with the broadcasters’ ad placement systems mentioned earlier. The adoption of these has been the slowest to happen as it is a considerable undertaking and major decision for a broadcaster in terms of investments.

As with any nascent sector, accurate global spend forecasts for programmatic TV are difficult to come by. However, estimates for the USA, the most mature market in this space, indicate that roughly $2 billion will be spent on programmatic TV this year, increasing to $3.8 billion in 2019.

For this number to grow, broadcasters around the globe will need to buy into the belief that programmatic TV represents the future of the commercial aspect of their business and can help enhance their advertising product offering. Each of them will then need to invest in the technology infrastructure that enables this form of TV buying. Companies such as Wideorbit and Freewheel have made fantastic inroads and are at the forefront of driving this change.

The more the industry believes that this represents a net benefit to all parties, technological barriers to entry for broadcasters fall and marketers’ preference for this method of trading increases, the faster programmatic TV advertising will be adopted and grow.

3. There has been a lot of talk that almost all ad buying – and a significant share of TV ad revenue – will eventually be programmatic. What exactly does this mean and how will it change the TV industry, particularly revenue models?

Programmatic TV has the potential to fundamentally change the way we buy media. Once broadcast TV becomes addressable and we can buy against audience data, targeting down to the individual households or viewer will be within our reach. The industry will see a shift from the traditional Gross Rating Point (GRP) to being able to buy on the basis of a cost per target audience, lead or action. This, in theory, should lead to a more effective product and advertisers should be ready to pay more for individual spots. The de-averaging of the value of spot will lead to rising yields but also better ad effectiveness.

A TV campaign could have dozens if not hundreds of audience line items, with each delivering customized creative executions. This is true mass personalization at scale as TV has no equal when it comes to delivering content that shapes hearts and minds while building brands.

4. Compared to the rest of the world, where is the MENA region when it comes to programmatic TV?

Each of the four types of programmatic TV is at a different stage of maturity.

In MENA, video on demand (VOD) TV and VOD advertising, with platforms like Shahid or YouTube, is fairly mature and video advertising takes a significant share of digital investments.

On the other hand, the technology for terrestrial broadcast or pay TV is not yet available in this region. However, we do expect to see this change next year as the likes of Wideorbit and Freewheel enter the market and help broadcasters enable this form of buying via their technologies.

5. What are the dominant trends today in programmatic TV? What can we expect over the next five years?

It is impossible to have meaningful or accurate discussions that are tied to a timeline such as five years when considering a new sector. What we can do instead is focus on the two killer features of programmatic TV.

The first is delivery automation and measurement, which leads to more efficient workflows. If you were to break down the entire process or events that must happen for an ad to appear on screen the promise programmatic TV has to deliver on is to simplify this.

The second and, for me, the more important aspect is the enabling of addressable, data-driven TV advertising. With time, should this materialize, we can expect targeting sophistication to grow and match what we see on platforms such as Google’s AdWords and Facebook’s Business Manager.  The ad dollars on the table are so significant that you should expect a number of players, new and old, to enter the market with audience targeting solutions that empower programmatic TV.