Wunderman Thompson Survey: Awareness of Metaverse Doubled in Less Than a Year
Insights Industry
Back

Wunderman Thompson Survey: Awareness of Metaverse Doubled in Less Than a Year

Hard statistics from the report found that 76% percent of people feel the metaverse will allow for authentic self-expression and 74% feel that it is the future. 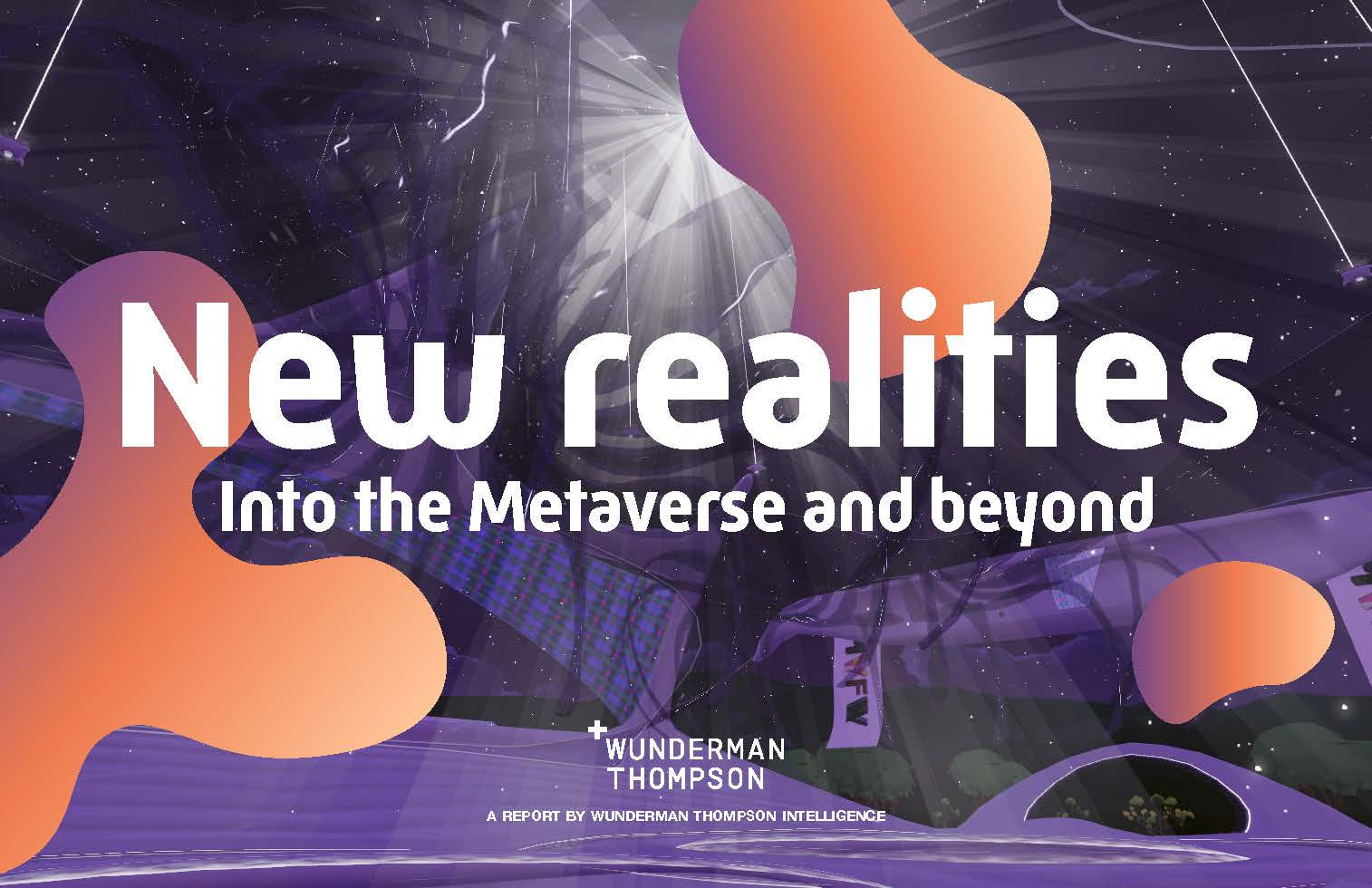 Wunderman Thompson Intelligence this week publishes New Realities: Into the Metaverse and Beyond, an analysis and roadmap for adland that expands upon the groundbreaking Into the Metaverse study. While the stats and survey have been invaluable, this new paper shows brands and agencies clear directions in a tech field where 74% of people feel it will be the future.

Its 2022 metaverse survey New Realities: Into the Metaverse and Beyond for which research was fielded in March - from over 3,000 people aged 16-65 in the United States, United Kingdom, and China - shows that awareness of the metaverse has more than doubled in less than a year. While less than a third (32%) had heard of the term in July 2021, by March 2022 almost three quarters (74%) had heard of the term.

Although awareness has increased, understanding remains low. The research also finds that there is a lack of clarity around what the term means, with only 15% stating that they know what it is and can explain it to someone else.

Despite being unable to explain the metaverse, consumers believe that it promises to impact our lives significantly, and among those who know what the metaverse is, two-thirds believe it will be life-changing, with 74% stating that it is the future.

Emma Chiu, Wunderman Thompson Intelligence Global Director and author of the reports, says, “As ever-greater portions of our lives move into the virtual realm, it’s becoming increasingly clear that the metaverse will be instrumental in our collective future, with our follow-up survey uncovering widespread expectation that the metaverse heralds enormous changes to almost all industries.”

Areas in which consumers are expecting to see innovation include entertainment where 90% of respondents held this belief, followed by advertising and retail. Meanwhile, 85% believe the metaverse will impact the fashion industry and also the world of work.

With many still assessing the impact of new screen-based habits, alongside the continued blurring of the virtual and physical worlds, the latest, companion report includes fresh data and a number of other critical insights:

Naomi Troni, Global Chief Marketing, and Growth Officer, Wunderman Thompson adds, “It’s critical that brands establish a roadmap for entry into the metaverse. However, there are concerns too around privacy, security, and safety. So while our latest findings indicate almost limitless opportunities for brands — enabling them to reimagine what their products, services, and consumer engagement could and should look like – we must also enter this new world with care.”