Why TV (as we know it) is dead
Insights People
Back

Why TV (as we know it) is dead 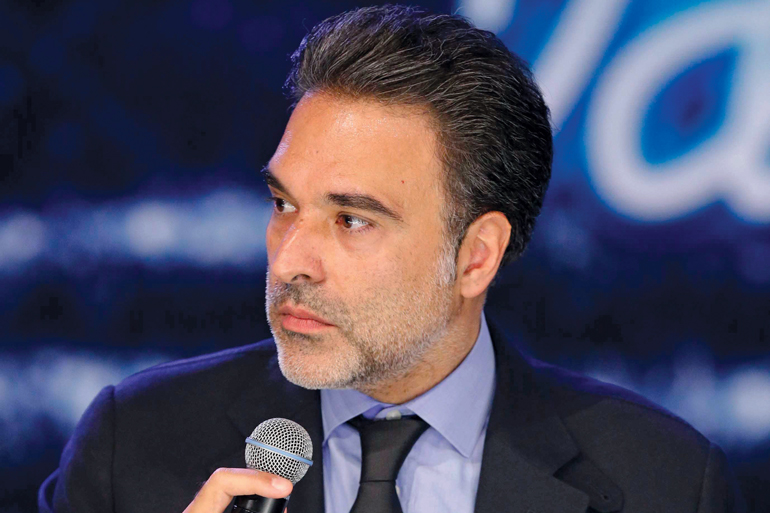 Launched in 1991, MBC Group has grown into a multi-channel multi-platform media and entertainment group. With turbulent market conditions and various reports suggesting decreasing ad spends, we caught up with Hayek to hear his thoughts on what’s going on at the largest media group in the region.

How is TV performing in this region?

How has MBC Group evolved?

MBC has evolved a lot during the last couple of years in terms of technology and content to reach a stage where today our digital footprint is phenomenal. In some cases, it is as impactful as our TV performance. [Although] TV is doing well; TV alone is not enough anymore. We’ve coupled the delivery of TV with digital and video on demand, mobile, social media, and other services.

How do you work with creating – or adapting – content for all these different platforms?

[Earlier], TV was a primary medium supported by secondary mediums whereas now it’s a full converged delivery across platforms and touch points. You sometimes produce original content for different platforms. You can still adapt but adaptation is not enough anymore, because, the way people consume media and content [and engage with it] differs from one platform to another.

What are the challenges of this new world?

The biggest challenge is monetization; how do you generate revenues for that extra investment of original content production? Is the advertiser willing to pay you the extra dollar or fee for the extra eyeballs? Is the biggest advertiser willing to pay for TV rather than pay you to produce something different on social media, VOD, etc, or will they pay you for what you produce on TV and take for granted the perceived adaptation of your original content on other platforms?

Is that still the case?

That was the case a long time ago. Now, you have to produce original content. So, this is the evolution that is happening from the brand guardians’ perspective on how much they’re willing to invest for extra eyeballs and extra engagement across traditional and non-traditional platforms.

It’s a matter of content marketing. It’s not the era of the 30-second spot or sponsorship bundle anymore. They’re still important and dominant in the TV business but now it’s about brand integration; how am I going to seed my brand in MBC’s content across platforms to engage audiences differently with a different experience and yet the same brand attributes and DNA? That is the challenge.

With the increased emphasis on content, there are new publishers – local and global – that have popped up. How are you dealing with this scenario of everyone being a content creator now?

It’s cluttered and there are too many offerings on the Internet, whether it’s digital or apps. But, our experience and research has shown that people know what they want and they trust professionally produced content. That’s why user-generated content did not fly in this part of the world except for a few successful experiences on YouTube because people are used to premium quality. Every big audience success leads to a bigger one, and the challenge for us is to keep growing and pushing. We do this by not taking things for granted – not our competitiveness, not our advertisers, not our people and not our success.

I’m always asked about whether we have competitors or not, and I say, in some instances we do, and in some instances we don’t. If you look at the traditional TV scene, we don’t have serious competitors. We have a few and we respect them and keep monitoring them, but they don’t make us sleepless. But, the competition isn’t coming from the traditional players; it’s from [the likes of] Netflix, YouTube, Google, and Facebook.