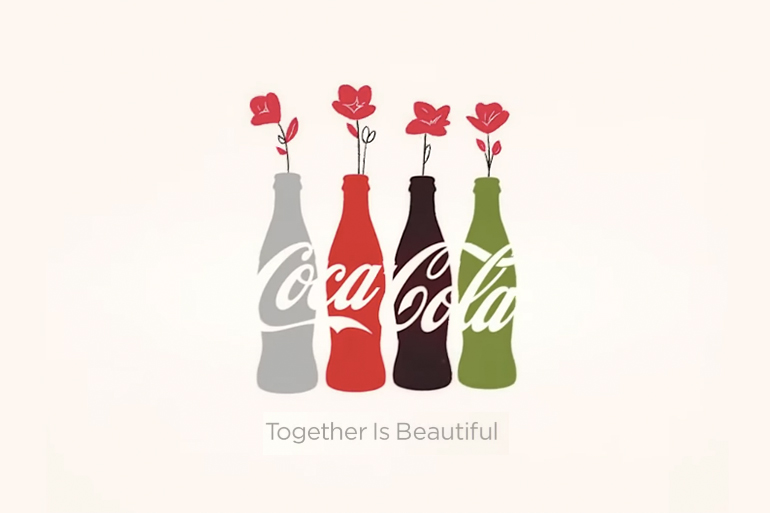 Coca-Cola will not run an in-game Super Bowl ad for the first time since 2006. Instead, the beverage giant this year will air a 60-second pre-game spot right before the National Anthem.

The anthem, of course, has emerged as a polarizing moment in National Football League games since Colin Kaepernick in 2016 began kneeling during the patriotic song as a way to protest racial and social inequities. Coke is trying to use the moment to call for togetherness.

The animated spot, called “A Coke is a Coke,” is by Wieden & Kennedy Portland, the same agency that made Nike’s Kaepernick ad that divided conservatives and liberals. Coke’s ad attempts to avoid politics altogether while trying to infuse a bit of egalitarianism by touting Coke as a product enjoyed by everyone, no matter their race, status or beliefs.

“We really wanted to make sure that at a time when the nation feels a little bit divided, we wanted to celebrate unity and positivity,” says Stuart Kronauge, president of Coca-Cola’s sparkling business unit and senior vice-president of marketing in North America. “We just felt like the pre-game broadcast, before the National Anthem, was just a really good moment when people are pausing and coming together.”

In the ad varying voices recite an original poem that is inspired by quotes from Andy Warhol”s 1975 book, The Philosophy of Andy Warhol, in which he states, “a Coke is a Coke and no amount of money can get you a better Coke than the one the bum on the corner is drinking.”

Coke’s poem diverts from Warhol’s rendition with phrases such as “he drinks a Coke and she drinks a Coke, even though they disagree.” The animation depicts playful characters such as Beans the Chef, Freddy the Yeti, and Abigail the Bird Girl. The spot ends with the line, “Together is beautiful”.

The tone keeps with Coke’s tradition of trying to push for higher ideals during the Super Bowl. While critics over the years have questioned the standing of a brand whose main product is a sugary soda to push such messages, Coke has stuck with the formula and has often won praise for it. Last year’s “Wonder of Us” Super Bowl ad, for instance, drew plaudits from progressive communities for its use of the gender-neutral “them” to refer to a non-binary person. The 2018 ad was backed by an original poem written by Wieden & Kennedy copywriter Becca Wadlinger, who also penned the script for this year’s spot.

This year’s ad is devoid of any subtle shout-outs to progressives. Kronauge says the spot is “more about the brand itself and the tonality of Warhol,” which she described as “playful and whimsical.”