Who should lead change according to 70% of UAE residents? No, it&#8217;s not the government
Insights Culture
Back

Who should lead change according to 70% of UAE residents? No, it’s not the government 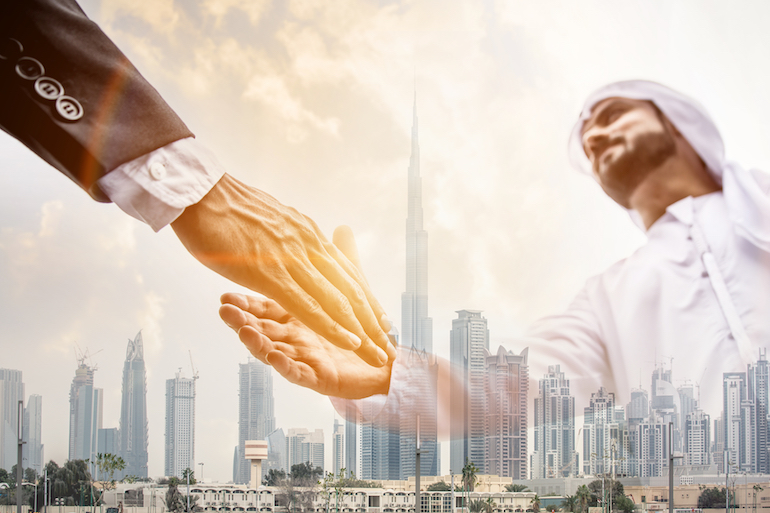 A new study by communications and PR agency Edelman called the “Trust Barometer” has brought to light some interesting findings on trust in the government and media.

The report finds that after China, the UAE is the world’s second most trusting country in government. Credibility towards a government official or regulator increased 11 points among the informed public and 7 points among the general population.

“Last year, the nation’s leaders announced key long-term strategic decisions designed to ensure the UAE’s economic sustainability and the continued prosperity of its people; including the appointment of a minister of Artificial Intelligence and another for food security. The UAE also made significant strides in developing its education sector – from the launch of the National Strategy for Higher Education 2030, to the introduction of moral education. Undoubtedly, steps such as these have contributed to strengthening trust in the country and its leadership,” he adds. 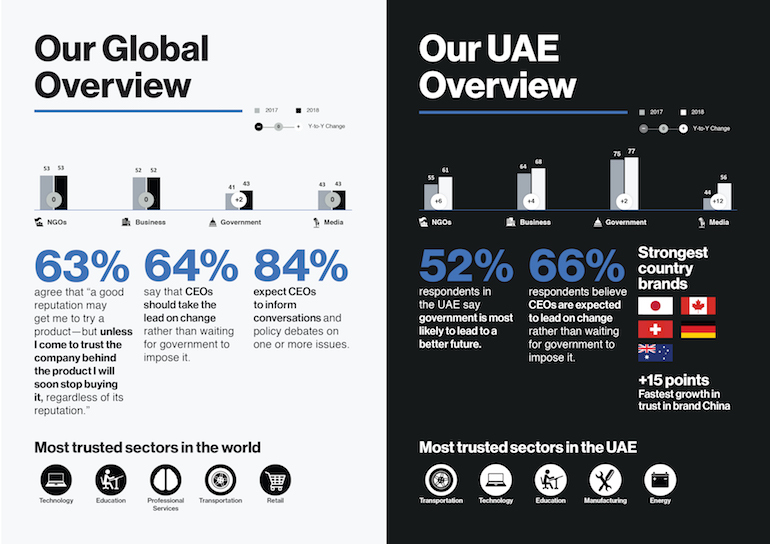 The UAE general population’s trust in media recovered, rising 12 points, after having declined sharply in the previous year. Simultaneously, journalists’ credibility increased 17 points; the single highest positive increase associated with a spokesperson in the country.

READ: How does the new 3+1 content marketing formula work

“These results point to the effectiveness of the UAE government’s numerous initiatives in combating fake news, such as raising awareness among the youth and enforcing responsible and ethical reporting standards,” adds Donhauser. “If anything, this year’s Trust Barometer results suggest that the government’s efforts to protect the public from fake news, are paying dividend.”

Importance of CEOs in driving change

The credibility of a CEO as a spokesperson rose in the UAE, with two-thirds of the general population saying business leaders should take the lead on change rather than waiting for government to drive it. This echoes the global trend, as 84 percent of respondents said they expect CEOs to inform and shape ongoing conversations and policy and debates on one or more issues.

MUST READ: Why influencers are the 3rd trusted source at a mere 39%

“Globally, business leaders are in the spotlight this year,” says Donhauser. “The results tell us that a perceived apathy on the part of business executives will no longer be accepted. Simply put, silence has become a tax on truth.”

He adds, “With rising credibility, CEO’s have an opportunity to play a bigger role that extends beyond business. Ultimately, business leaders must be bolder and more ambitious in shaping the UAE’s future, hand in hand with the government and in line with its long-term vision.”