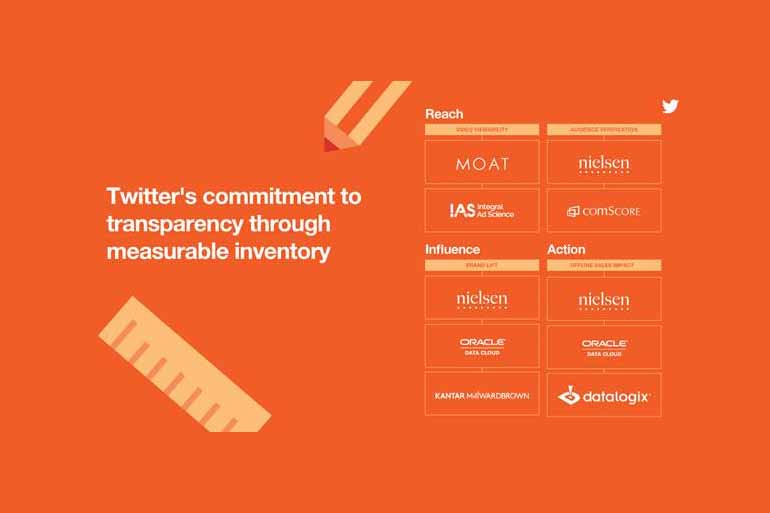 Twitter has announced multiple new partnerships with third-party measurement providers including MOAT and Integral Ad Science. According to a statement issued by the company, the partnerships will “enable marketers to measure the reach of their video ad campaigns”.

Twitter’s partnership with MOAT has already been rolled out in the MENA region.

Speaking to Communicate, Walid Issa, head of research, Twitter, MENA, says, “We have been receiving requests from brands over the impact of their marketing efforts due to the growing need for transparency and measurement. This concern is also backed by a recent eMarketer report that states that viewability, attribution and measurement are still digital advertisers’ biggest concerns. The growth in the adoption of video across digital advertising campaigns on Twitter has further prompted these partnerships.”

Twitter says that it has invested “heavily” to provide brands measurement across three key areas: reach, influence, and action.

Twitter has announced the expansion of its relationships with ComScore and Nielsen. In addition to ongoing conversations with organizations like the Media Ratings Council (MRC).

“Using ComScore’s validated Campaign Essentials (vCE) and Nielsen DIgital Ad Ratings, we will allow marketers to measure whether their Twitter ads were delivered to the audience they intended to reach,” says the statement.

comScore vCE is available to US marketers with a global roll out planned for later in the year. Nielsen is currently available in several markets across North America, South America, Europe, Asia, Australia and New Zealand.

Twitter’s global relationships with MOAT and Integral Ad Science are also available in the MENA. This will enable marketers to understand if the video ads they run on Twitter are viewable by humans and compare video ad viewability and attention metrics across channels.

Among the video impressions MOAT has measured on Twitter, it has detected that over 99 percent of them are viewed by humans.

“We are thrilled to witness positive developments around ad campaign measurements, and as one of our partners, Twitter has demonstrated its engagement to provide full transparency by integrating MOAT to its offering.  This positioning is delivering valuable insights to all stakeholders including client, agency and media partner,” says John Ekambi, digital director, Middle East North Africa at MEC.