Top 100 advertisers of 2015
Insights Industry
Back 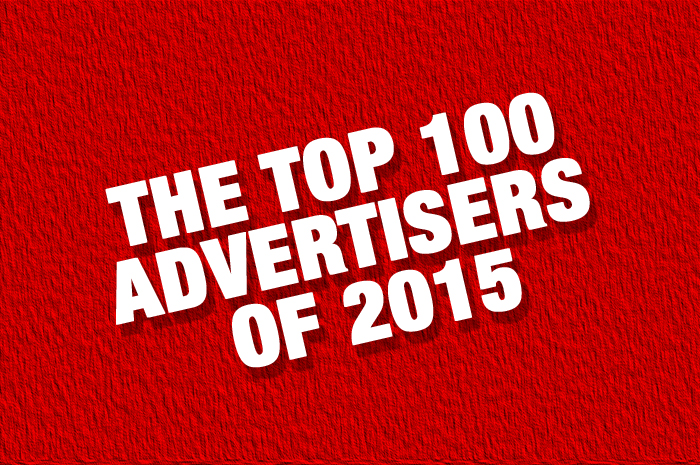 In keeping with our annual tradition, here’s a list of the biggest spenders of 2015, based on data from marketing consultancy firm Ipsos. Saudi Telecom takes the lead, jumping up from third position with a growth of 45.68 percent, followed by 2014’s leader, Sedar. Pepsi also jumps up one position, coming in at third – predictably so, with its global “Pepsi Challenge” campaign being launched in the Middle East in March 2015. Coca-Cola, which ranked 12th in 2014, came seventh in 2015. Reckitt Benckiser’s Dettol and Dabur both grew by roughly eight percent, even though Dettol dropped from second to fourth position and Dabur from fifth to sixth. Saudi professional league, Abdul Latif Jameel League, soared from 51st in 2014 to fifth in 2015 with an astounding growth of 326 percent. Etisalat’s position changes only slightly – moving from tenth to eighth – presumably due to the “Etisalat Challenge” that saw heavy investment in celebrities and social influencers, none of which did much good for the campaign. P&G’s Head & Shoulders comes in at ninth place – from 15th place in 2014 – after upping its ad spend by 27 percent.

Surprisingly, some big spenders have dropped their budgets in 2015. For instance, Mobily has gone from sixth in 2014 to 15th last year with its ad spend decreasing by almost 42 percent; while other big players such as Dove, Ooredoo and Ariel cut their budgets by almost 50 percent. However, some unexpected players like Sensodyne and ADNOC increased their budget by more than a 100 percent.