As the World Cup Season continues to pick pace, locally based production house, Ti22 Films announces the launch of a television show which will be live streaming exclusive updates and interactions with families and fans across the UAE. In an exclusive interview to Communicate, Founder and CEO of Ti22 Films, Reim El Houni discusses the show’s potential reach and target audience.

A final number of 32 teams, including Qatar have been shortlisted to be participating in the world’s biggest football event, FIFA World Cup 2022. The thrill, roar of the crowd in the stadiums is aimed to become a spectacle to the senses. While that enthusiasm for the game is what it is, there is a certain lifestyle around the event. One that spreads across the MENA region.

Ti22 Films, which is a Dubai-based production house will be covering this lifestyle across the region in the form of a live show. The show will be filmed in Dubai and aired daily from Sunday, 20th November 2022, until the final whistle blows on Sunday, 18th December 2022. With the World Cup 2022 taking place in Qatar, hundreds of thousands of fans are expected to stay in the UAE during the games and enjoy special activations, events, and festivities. 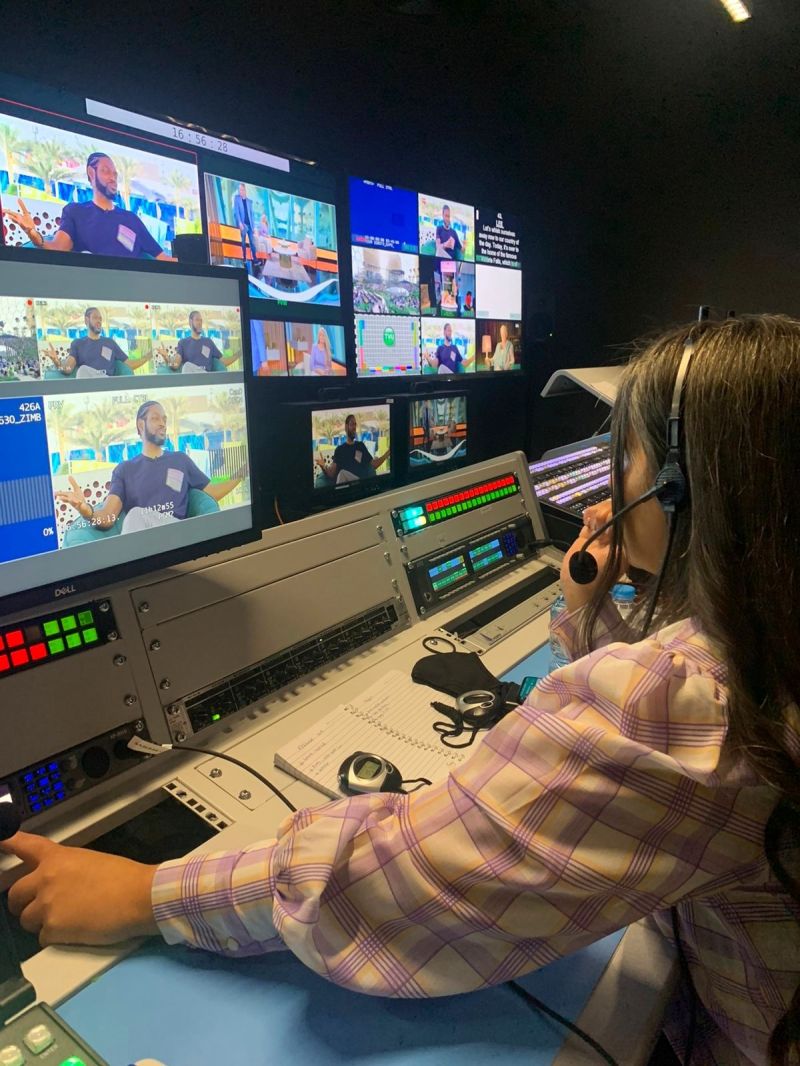 Communicate sat down with Reim El Houni, Founder and CEO of Ti22 Films to further understand the approach and reach of the show.

What motives led to this partnership? Were there any consumer insights that led to the decision?

The idea came to life after my meeting with Mandy Keegan, who served as the VP of Expo 2020 Media with this opportunity of collaborating on a TV show for the World Cup. I am very grateful to her for considering us for the same. The World Cup is a global event that attracts audiences from across the world, whether you’re a football fan or not. So, I'm excited about the idea of producing a show that hopefully will resonate not just with football fans, but with the wider audience and families and just having it on in your living room.

There's a lot of research that's been done about the popularity of football programming or lifestyle programming versus the matches themselves. Research shows that audiences are likely to consume four times more content about football versus the match. That’s precisely what our show will be focusing on. It's a show about the passion, the fans, and the lifestyle, instead of the matches only. And, I think that that's an interesting space to be in. Because even just being based in Dubai, we know the city is about to be taken over by football mania. So producing a show that will hopefully bring that to audiences around the world is, is something I'm excited about.

How is this partnership going to help Ti22 reiterate its brand values?

Most of our clients are from the lifestyle space. So that's what I'm trying to bring to this show, as it is one of our strengths. If you look at what we did with Expo, you’ll witness that we were able to bring something that was on a global scale with a lot of dignitaries and politicians involved to television, while making it light and educational for a wider audience. We’re very good at communicating complicated messages and making it fun and enlightening our viewers.

Is there a set target audience that you're looking at with the show?

I'm more interested in the families and the members that are spending most of their time at home. That’s maybe because I myself was forced to watch all this football content not being as interested in it. So, for me, it’s all about how you make that interesting to the average person, who may not be as passionate about the games, as some of the other members of the family.

The target audience definitely includes families and even women, you know, because football is typically positioned as a male-viewing sport, but I know that there, there's a strong female base as well. We’re also going to be integrating talent such as ex-footballers, and other celebrities, to draw in a wider audience to the show versus the hardcore football fans.

What is the consumer sentiment that this show will trigger? And how will it target the same in terms of content?

Excitement. I want my audiences to realize that there's more to football than the game. We’re basing the show in Dubai and I want the viewers to get an understanding of, you know, what a great place it is we live in and the fact that yes, the matches may be happening in Doha, but the lifestyle, the fun, the passion is definitely happening here. I'm aware of some of the plans that are on the agenda for Dubai in the coming months and I think they're really exciting. And I want to be able to showcase that through the show. The show will become a platform, which shows the rest of the world, the city that we live in, and the effect an event of this magnitude has.

How will this show expand the feel of the culture that the World Cup instills in its audience?

I think it's relatability. People want to see fans from their country, they want to hear stories of people supporting their national teams. Dubai is a city which has so many nationalities watching the games, celebrating in their own way. It’s about using the show to showcase that. So whether it means telling stories of the Iranian fans one day, and the Saudi ones on another, or maybe even recreating smaller challenges between these cultures and nationalities on the show, thus ensuring we have a wide range of guests on the show. So I think, for it to be a show that everyone will want to watch, they need to be represented, and they need to relate and that means literally having a cross-section of those fans in the content.