The Creative Surplus
Insights Culture
Back 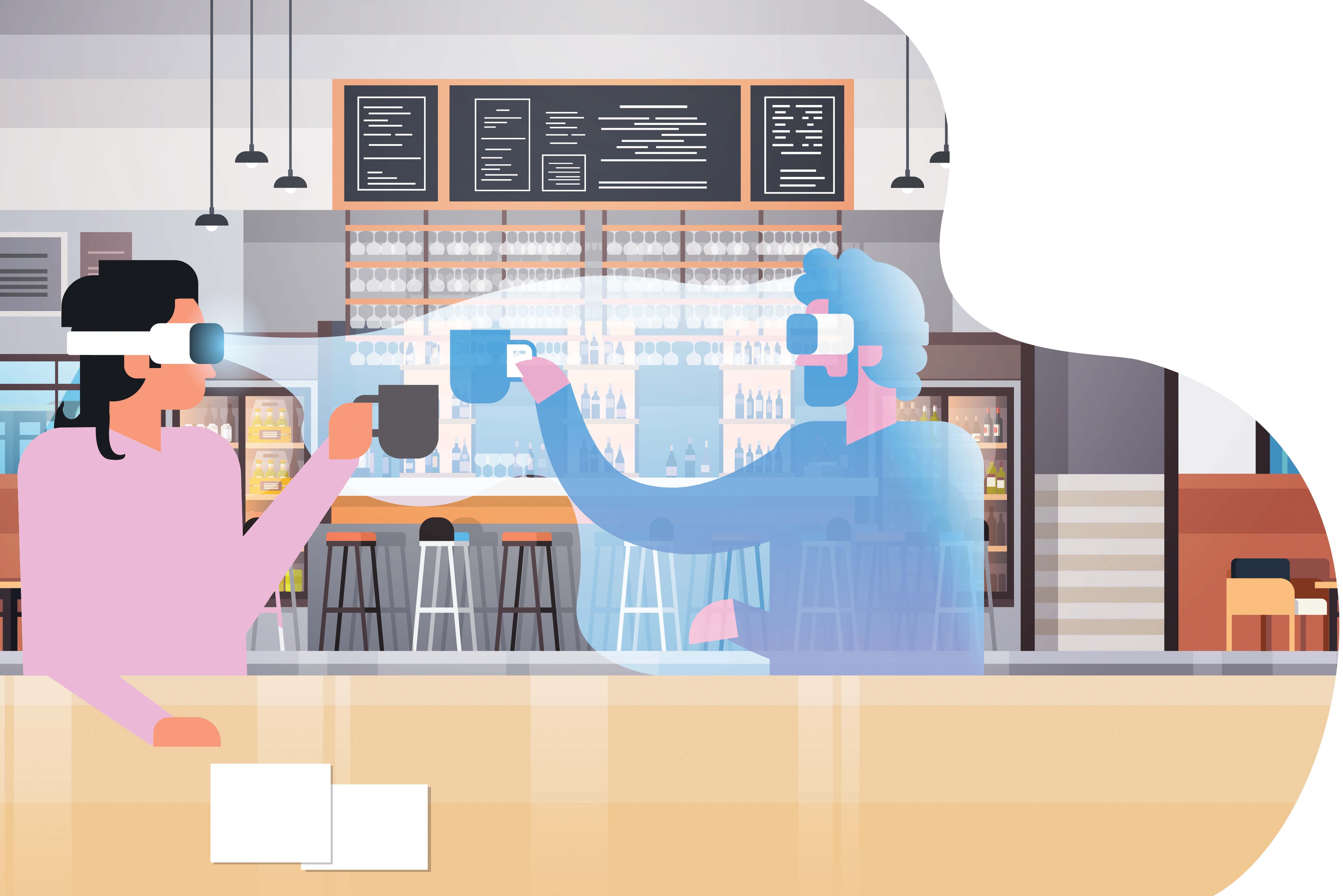 By Ed Barnfield, the winner of Communicate’s creative fiction competition!

I wrote a novel last week,” says Fatima. “It took me three hours.”We are meeting in the virtual café at Morningside. Fatima has chosen a cartoon elephant as her avatar, although she insists on keeping her trademark sunglasses and earpiece, which is disconcerting. I’ve gone for one of the default options, and smile as my tendrils lift the coffee module to what I think of as my mouth.

Her novel follows on from the last album, three significant landscapes, and a one-hour animation of the life of John Wilkinson, who pioneered the use of cast iron during the industrial revolution.

“I am exhausted,” she smiles, stuffing profiteroles into her mouth with her trunk.

I should say that ‘wrote’ is the wrong verb in this context, as ‘paint,’ ‘compose’ or ‘film’ would be. Language has been lapped by technology. Fatima was one of the early adopters of the Content Parlors that now dominate every high street of every mid-sized town in the developed world. Like hairdressers or tattooists, they thrive as one of the select commercial premises that need a physical presence. Everything else has fled online.

“Do you worry about side effects?” I ask.

“You should see the back of my head. The skin is like roast turkey. It’s worth it though, no? Suffering for your art?”

She rolls out that last syllable with an almost Egyptian inflection. If it’s possible to be condescended to by Dumbo, I’ve just managed it.

The sensors used to track the brain’s magnetic field have to be kept extremely cold in order to function, so frost-burns are a common problem when brain waves are converted into creative expression. It’s worse for the illustrators and sculptors, who are strapped to a 3D printer for days at a time. Art conventions double as hairpiece festivals these days.

I think Fatima is secretly thrilled by the scabs, seeing them as a badge of integrity in a world where everyone’s become a creative. Her preferred CP is a grotty little backroom, where the magnetoencephalography scanners look like bicycle helmets and the technicians like drummers in a college rock band. Compared to the high street branches, which are all mood lighting and medical credentials, these throwback centers have a scent of danger hidden beneath the body odor and patchouli oils. They’ve hospitalized her twice already.

“I could never go mainstream,” she says, anticipating my concern. “You know, they actually do product placement directly into people’s content now? I was reading Jason’s Shakespeare pastiche last week. Halfway through Antony & Caroline, they cut to an argument in a Jollibee. Inserted it directly into his brainwaves. You can only suspend disbelief so long.” She taps her circular paw on the table.

The first artists to be strapped into the helmets were mostly old and dying. A fantasy writer started it, the bearded guy from New Jersey. People had waited so long for the last part of his hepatology that when he had a stroke, the world went crazy. His estate didn’t seem to mind, and there was so much money riding on publication… So magneto- encephalographic composition seemed a better option than a ghostwriter. Within a week, 1,000 pages were on the bookshelves. After that, you couldn’t stop them. Every composer on his death bed, every pop star with failing kidneys: they sat in the machine for a few days and their final album was studio-fresh and ready for your earphones. At one point, my entire playlist was dead men and the nearly departed.

“Good name for a rock band,” was Fatima’s reaction.

Things took off when the technology started being used by the healthy. A few professionals led the way, recognizing what could be achieved once the physical restraints were removed. A horror writer in Maine produced 360 stories in the course of a single year, only leaving the Content Parlor for food and the occasional interview. A Japanese animator created a six-month film that only the most committed have been able to watch in its entirety. For the first time, creatives could outlast and outproduce their audiences’ expectations. The whole balance tilted. 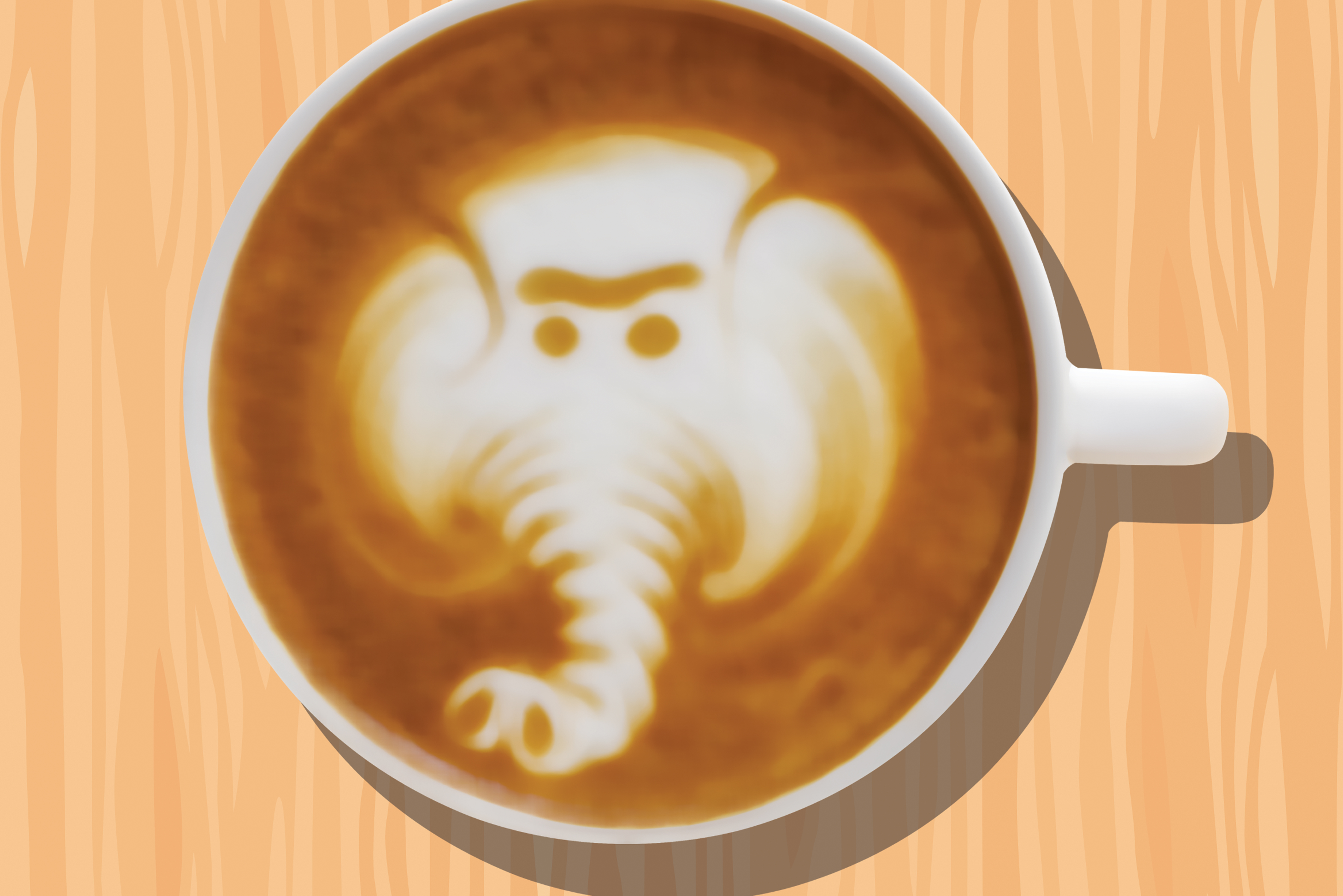 “I’m guessing you’re still a Luddite?” The cartoon elephant has taken the sunglasses off and fixes me with Disney eyes. Emotions are hard to read in this place, but she looks almost distressed. “It’s such a shame. You’re so capable and imaginative but aren’t brave enough to take an afternoon to try it. You’re never going to achieve your ambitions if you don’t.”

I sigh. We’ve had this fight before.

“It’s just… It doesn’t feel like creativity to me. Everybody sits with the helmet on and fantasizes about the finished work, and then it always pops out perfect, complete. I’m not knocking it – I mean, your work is amazing – but it doesn’t make sense to me that there are no unfinished symphonies out there, no abandoned first drafts. It doesn’t feel real.”

She tilts her head, rocks the chandelier-size earring. “Art is always perfect in your mind,” she says. “It’s always great until it hits the page or the canvas, until you have to explain yourself. That’s when you start compromising, when the crap creeps in.”

Her animation is animated now. I try to find a way to cool the conversation.

“Listen, it’s better than it was,” I smile. “I was watching an old movie yesterday. There was a scene on a metro. Everybody apart from the hero was looking at a personal screen, consuming. They went to work, looked at a bigger screen filled with numbers; went home, sat in front of the biggest screen. At least people are out there now, making their own art. I mean, look at you. You’re a celebrated polymath.”

It’s shameless flattery and it’s worked in the past, but today she seems both elephantine and upset. Suddenly the avatar disappears, and my best friend is in front of me. Her hair is mostly gone and there are thick purple scars leaking down her scalp and onto her neck. It’s been months since I’ve seen her in real-time and I’m too shocked to power down my own animation.

We sit for about a minute, with childhood icons and anime chatting behind us, and stop motion waitresses bringing coffee, me disguised as a talking tree and my best friend, scarred and sobbing, showing her true face.

After an age, I press the right button, reach my real hand over the table and try to comfort her. There’s a little voice inside that hopes no one who knows us is currently online in this place – watching us from behind comic strip eyes.

“It’s OK,” I say. “You can take a few months, heal up. You’ve already achieved more than any of our friends.”

“How would you know?” she spits. “You can see who’s looking at your work on MeStream, you know? They send you all the details. I had over 50,000 views of the animation, more than 100,000 downloads of the last album. You know who hasn’t touched it? Who hasn’t looked at anything I’ve done? My so-called friend.”

I realize now why she asked me for virtual coffee, understand just how angry she is. She runs her hand over the scar tissue, and I see a thick strand of black snap and drift to the floor. A Claymation cleaner scuttles up to sweep it.

That’s the problem with a world that’s always online. They track your absence as well as your activity. I don’t try to justify myself, make the usual excuses – life getting busy, family issues. I fake a little crisis of my own, talk about how the strain of the breakup has made it impossible for me to enjoy anything. It’s degrading, but it seems to satisfy Fatima – it’s not you, as the cliché goes, it’s me.

We end with a hug. She promises to email me the novel and audiobook, and I make a note to myself to leave the latter running in the background when I shower. She seems cheerful enough now that we’ve established that I’m the unhappy one.

“You’ll enjoy the book,” she says. “It’s a revenge fantasy about infidelity.”

Riding home, I look at the passengers in the autonomous cars beside me. There’s a new generation of mobile MEG headsets that record your brainwaves so they can be downloaded later. I count about 50 on a 20-minute journey.

I couldn’t express my concerns to Fatima. They feel old-fashioned, anachronistic. I’m the child recoiling from the black-and-white film of the train, the shocked juror at the Lady Chatterley trial. But a world where everyone creates is as bad as one where everyone consumes. You end up bullying people into becoming your audience.

Alone in my empty flat, I lie on the couch with my eyes closed. There’s no TV noise from my neighbors, no sound of music from the cars on the street. In time, I will drift off and dream. Until then, my thoughts are my own.