Sport360’s ambitious plans for Version 2.0 of its lifecycle
Insights Industry
Back

Sport360’s ambitious plans for Version 2.0 of its lifecycle 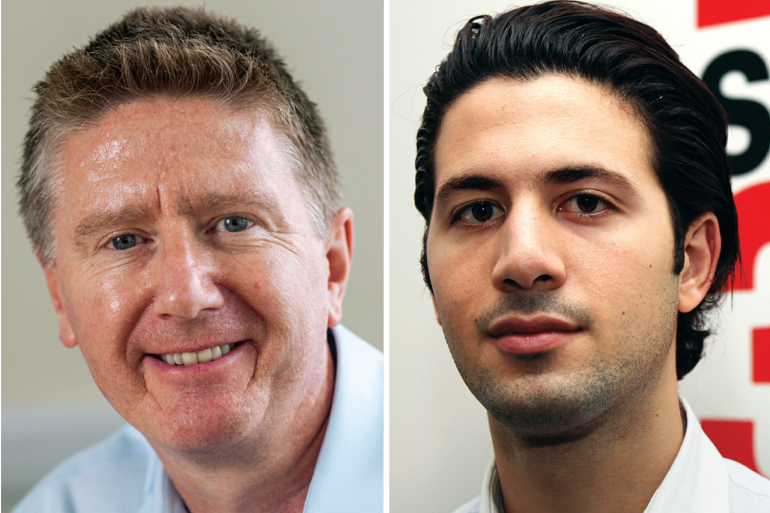 Sports news daily Sport360 has grown in the past seven years, launching extra editions – Monday Xtra and a Weekend special – as well as a web portal and the Sports Industry Awards, which is now in its fifth year. Aiming to evolve into something bigger – Version 2.0 of its lifecycle, as founder Michael Chalhoub puts it – the brand now has a new CEO, Steve McLaughlin, who played a key role in the digital transformation of The Telegraph and The Daily Mail.

Chalhoub and McLaughlin sat down with Communicate to discuss the Sport360’s plans for the year ahead and its bigger vision for the sports community in the region.

“We launched Sport360 [because] we felt there was a real need for Arabic consumers, not just in the UAE, but throughout the GCC, to not just get content but to get quality content,” says Chalhoub. Talking about the journey of the past few years, from the print daily to the online Arabic edition to the awards, he says: “We did it in a way that was entrepreneurial-minded but on an ad hoc basis.”

But now the brand now needs a more integrated approach, he says, a way that looks at how its full set of assets can be used to engage the audience.

Enter McLaughlin, who foresees an opportunity to build on the different audiences that Sport360 already has by connecting them on one platform. “That platform is going to be packed full of passionate, highly engaged sports fans,” he says. “The opportunity for us will be unlimited.”

Naturally, this community will live online, where audiences won’t just receive personalized news, they’ll also be able to interact with other users and, eventually, even use the site for e-commerce. Sport360’s vision for the sports community is quite ambitious and McLaughlin admits they still need to think things through, but both he and Chalhoub are convinced about the potential the idea has. It’s a valuable resource for advertisers and sponsors in sport, they say. McLaughlin explains the vision rather simply: “I want to build the world’s biggest connected sports community.”

“In the GCC as a whole, we are the second-biggest website (according to Effective Measure and Google Analytics),” Chalhoub says. The brand has also started to invest more in Saudi Arabia, with reporters in different cities and a small commercial team in Riyadh and Jeddah. Figures from Ipsos are favorable, indicating that, when it comes to Saudi football, Sport360 is the No. 1 source, followed by Twitter.

Although Egypt isn’t part of the GCC, Sport360 also has a small team of three to four reporters in the football-crazy country – but it has no commercial presence, because that would need “a different type of concentration,” Chalhoub says. However, with football being so prominent in Egypt, they are looking into developing the brand’s foothold in the country as part of its growth plan.

At a time when print publications across the world are seeing a decrease in ad revenue – if not readership – Chalhoub insists Sport360 has seen its print readership numbers grow from 2014 to 2016 (according to Ipsos studies). “It is also reflective of our BPA numbers, in fact,” he adds. However, ad sales have been slower in 2016, Chalhoub admits, adding that an increase in online advertising has only slightly offset the slowdown in print advertising. But he does think bridging this gap is achievable – this is, in fact, one of their objectives for 2017.

McLaughlin is optimistic: “The print pie has been shrinking for everyone, but our share of that pie is slowly growing,” he asserts. Despite the slowdown in print ad revenue and the brand’s increased emphasis on digital, Chalhoub and McLaughlin say they remain committed to print and have absolutely no plans of shutting it down in the future. If nothing else, “it’s a fantastic marketing tool for Sport360,” says McLaughlin, adding that the ads in the paper are “very profitable”.

McLaughlin hints at new products in the pipeline, such as Sport360 TV. “[The content] is bite-sized; it will open us up to video, which is growing hugely in terms of user-generated content and also in terms of people monetizing video,” he says. “What an opportunity for sports fans to talk to each other or show off or call in about sport.” It has already launched a content marketing studio.

In addition to building the online community, the brand is also focusing on increasing its foothold in the UAE, followed by KSA and then perhaps other markets.  “We’re hoping that this year we’re probably going to be the biggest sports site,” says Chalhoub. “With a changing consumer habit, we feel we need to be even more consumer-aware and consumer-centric. [McLaughlin] has helped strategize around the integration of events, digital and print, and this will be really helpful in taking us to that new phase of development.”