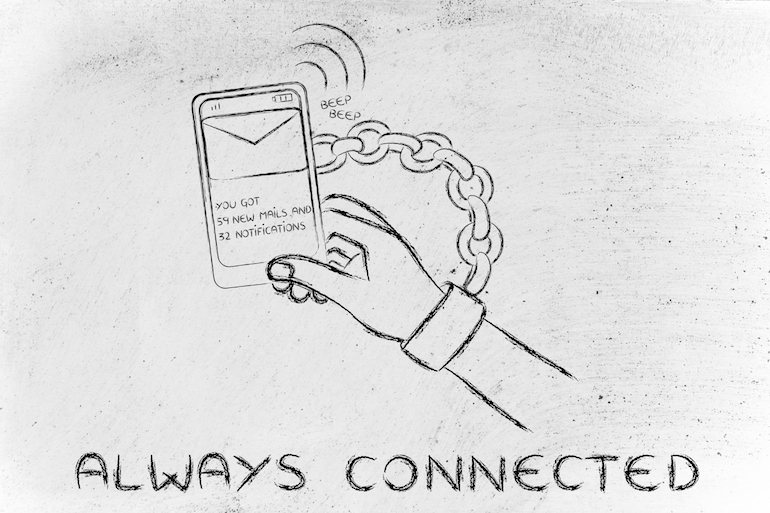 The advertising industry has a unique opportunity to regain relevance and assert its indispensable role in influencing and regulating the type of content that is funded by advertising dollars.

Advertising played a crucial role in building entertainment media during the 20th century. This was pioneered by P&G’s use of daytime soap operas and then expanded with the privatization of broadcast media. Advertising continues to bankroll less valuable and less transparent digital and social media.

Advertisers, agencies and regulators must come together to reduce the harmful effect of social media on our youth and our societies. Given the ad industry’s massive budgets – exceeding $500 billion in 2017 – this alliance is too powerful for the tech and social media giants to ignore. 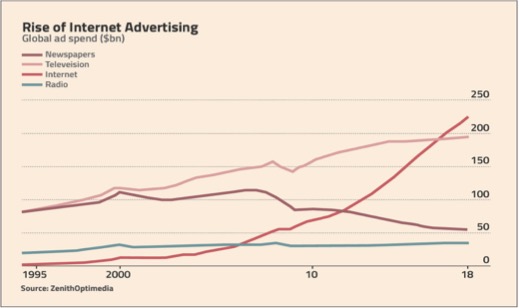 Historically, advertisers have been selective about the content next to which ad dollars are spent. Most brands have boycotted inappropriate content based on sex, violence and social and cultural nuances. In the past couple of years, P&G and Unilever have been among the first to start acting responsibly by cutting ad spend on social media platforms by more than an estimated $100 million.

ALSO READ: A taxi service and an airline get together for Valentine’s Day

While both do not provide public data on ad spend per medium, both companies – among others – have confirmed that they are scaling back the number of websites used and the amount of money spent on social media. This move must be elevated into a coordinated effort by the World Federation of Advertisers (WFA), ad agencies and regulators and turned into a global campaign to fight back the invasion of social media platforms into our lives and the lives of our children.

We must develop new regulations that could help reduce the time our youth spend on social and digital media and to eliminate the addictive, heroin-like features of social media apps.

This must become part of the social responsibility of global brands that is endorsed by investors, CEOs and board of directors. Unilever CEO’s socially and environmentally responsible strategy is a good example. Over the past few years, other industries have adopted more humane and socially responsible policies. For example; quick service restaurants are providing natural ingredients options, HABC became less chemically damaging to our bodies and the environment, others are providing fully recyclable packaging and so on.

MUST READ: Which platform is taking away Facebook’s audience?

Advertisers and ad agencies should shift part of the resources allocated to attract consumers attention to wining back some of the attention to our families and loved ones, and to regain some of the physical activity time taken away by social media and mobile devices. Advertisers and ad agencies have a massive $250 billion that is being spent on social and digital media that the tech giants cannot ignore.

The situation reached critical levels in the past two to three years. Data from most sources converges to point that daily consumption of social media is close to three hours, depending on social and age brackets. More critically, total media consumption exceeded five hours daily and some stats estimate total media usage among teenagers to be around eight hours per day! As a father, I can confirm that my kids during this Christmas holiday season have consumed more than seven hours of media per day. 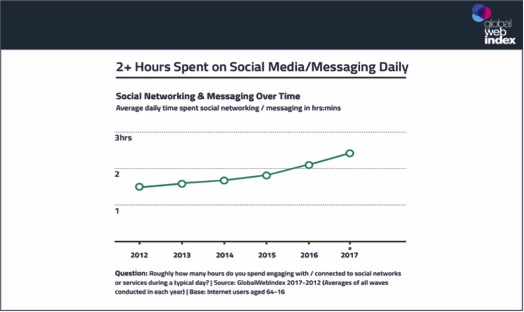 Time – information balance is a zero-sum game that is leading to dangerously short times being allocated to sleep, physical and social activity. As social media platforms celebrate the increased time we spend refreshing their news feeds, the two most important foundations of human life are being eroded: physical and emotional health. 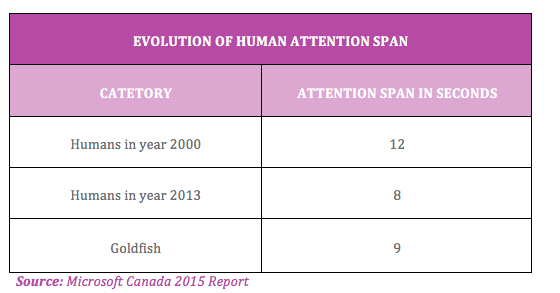 Regulators should also be part of this effort. The French Government’s decision to ban mobile phones from schools must be adopted by governments worldwide. Advertisers should also stop spending ad money during school hours.

The business community is also suffering from lower productivity due to shorter attention span. In a recent article titled “Are Smart Phones Making you Stupid, Antisocial And Unhealthy?” The Globe and Mail quoted Bank of England analyst Dan Nixon: “Workers who got distracted by smartphones needed an average of 25 minutes to get back on task after an interruption.” All that distraction adds up to a loss of raw brain power. Workers at a British company who multitasked on electronic media – a decent proxy for frequent smartphone use – were found in a 2014 study to lose about the same quantity of IQ as people who had smoked cannabis or lost a night’s sleep.

Many stats confirm that the improved productivity of connectivity and information flow (which in social media’s case is information that adds little, if any, value to our lives), do not justify the disadvantages of shorter attention spans, weaker social ties, less family time and less physical activity.

Regulators and the ad industry should not delay pulling the breaks on the “anti” social media epidemic. It took us more than four decades to ban tobacco ads, communicate the negative effects of using growth hormones & antibiotics in livestock, ozone damaging CFC and so on. We should not wait another three decades to regulate social media.

The advertising industry leadership and creative minds have a unique opportunity to regain relevance by partnering with clients and regulators to protect the precious moments of our life on behalf of our children and all future generations.