The agreement concluded in Riyadh between Mr. Salem Al Hindi, CEO of Rotana Music Holding, and Eddy Maroun, Anghami’s Co-founder and CEO and will push Rotana's leading repertoire of original Arabic content on Anghami yet again. 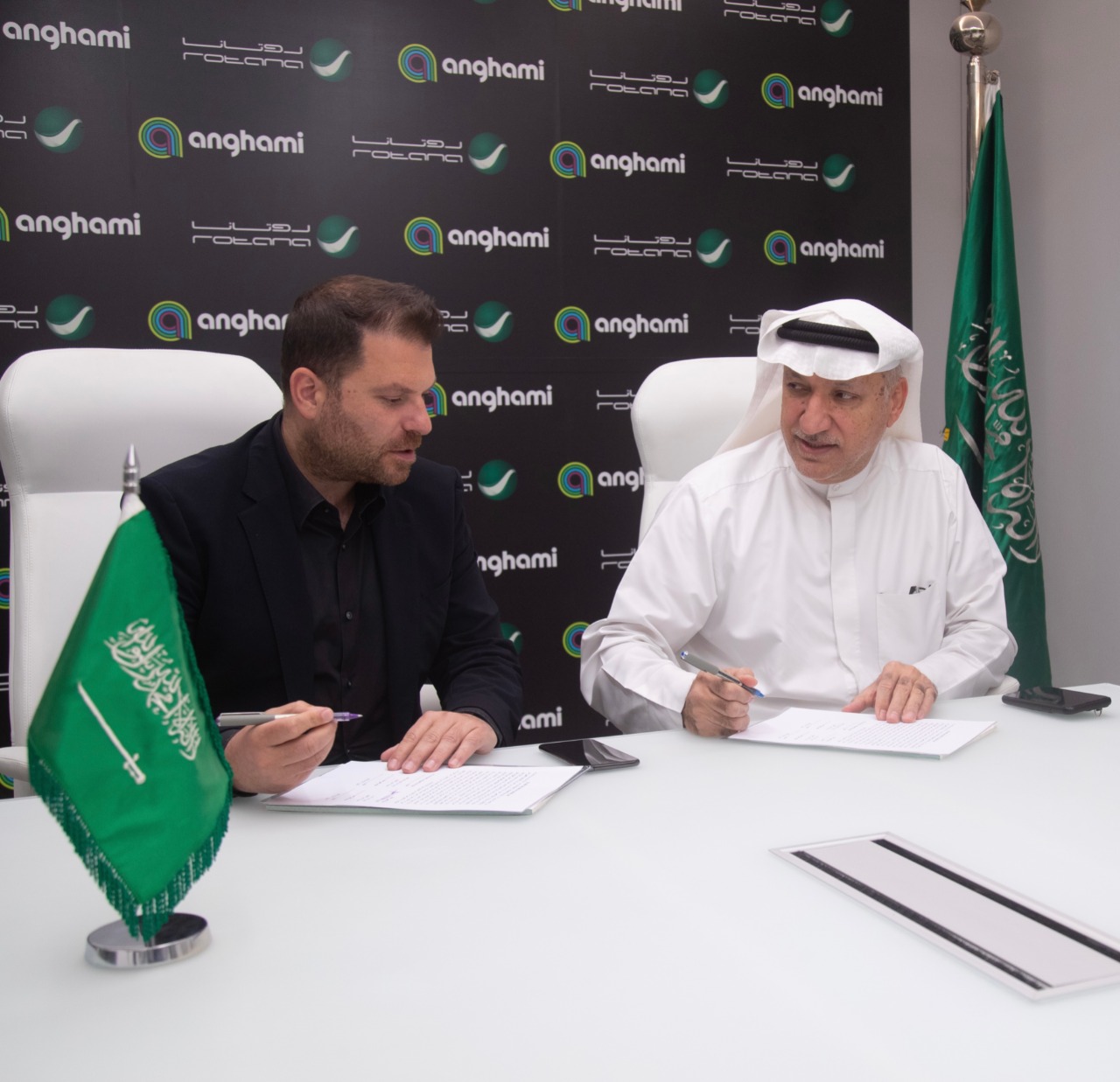 Rotana Music Holding, the Arab World’s leading independent record label and largest repertoire owner of Arabic music, media, entertainment, events, and content producer and distributor in the MENA region and GCC, has signed a strategic partnership with Anghami Inc (NASDAQ: ANGH), the leading music and entertainment streaming platform in the Middle East and North Africa (MENA), to distribute its extensive collection of original music audio and video content on Anghami.

Rotana Music is the leading Arabic media, entertainment, events, content producer, and distributor in the MENA region and GCC with some of the most prominent and beloved Arab artists in its portfolio, including Mohammad Abdo, Abdul Majeed Abdullah, Rashid Al Majid, Abdullah Al Ruwaished, Majed Al Mohandes, Rabeh Saqr, Nawal Al Kuwaitiya, Ahlam, in addition to Amr Diab, Assala, Elissa, Tamer Hosni, Najwa Karam, Sherine Abdel Wahab, Angham, Wael Kfoury, Saber Al-Rubai, and others from the Levant, Egypt and North Africa. Rotana is the Arab world’s leading company in producing and distributing music content to all digital platforms (visual, audio, and written). It is also the largest producer of video clips in the Arab world.

Emphasizing Anghami’s commitment to providing exclusive and original content to its 75 million users and to carrying the voice of Arabs and projecting it onto the global stage, the deal marks a reunion between the two entities with Rotana one of Anghami’s key partners when it launched in 2012. Concluded in Riyadh between Mr. Salem Al Hindi, CEO of Rotana Music Holding, and Eddy Maroun, Anghami’s Co-founder and CEO, the deal will give music fans access to a massive catalog of original hits on Anghami at no charge.

Commenting on the partnership, Mr. Salem Al Hindi, CEO of Rotana Music Holding, said, "We are thrilled to commence this partnership with Anghami, which will also strengthen the relationship between Rotana and its artists. We are confident that this collaboration will expand the business even further with the purpose of reaching Rotana music fans across the world.”

“We are delighted to welcome Rotana to Anghami,” said Eddy Maroun, Co-Founder, and CEO of Anghami. “This partnership represents a major addition to our already unrivaled selection of Arabic music and will give Rotana’s portfolio of artists and outstanding Arab talent a powerful platform to share their voice with the world. There is no better way to celebrate Anghami’s tenth year and next chapter, than expanding our library of 72 million songs to include Rotana’s authentic Arabic content and rewarding fans with a wealth of original tracks,” he added.

Established in 1993, Rotana Music Holding is the largest record label and music repertoire holder in the Arab world, with Saudi legend Mohammad Abdo and seven of Forbes Middle East’s Top 10 Arab Singers within its portfolio. The partnership comes just weeks after Anghami, the first Arab tech company to float on the US stock exchange, unveiled an all-new brand identity to support its next phase of growth. Earlier this month, Anghami also signed a multi-year deal with global Arab megastar Amr Diab to be the only platform to stream his entire label’s catalog and future releases. Users now can also enjoy Amr Diab’s audio and video content produced by Rotana on Anghami.

More information on the partnership can be discovered on www.anghami.com.