PRCA Pulse: How to Navigate a PR Crisis
Insights People
Back

PRCA Pulse: How to Navigate a PR Crisis 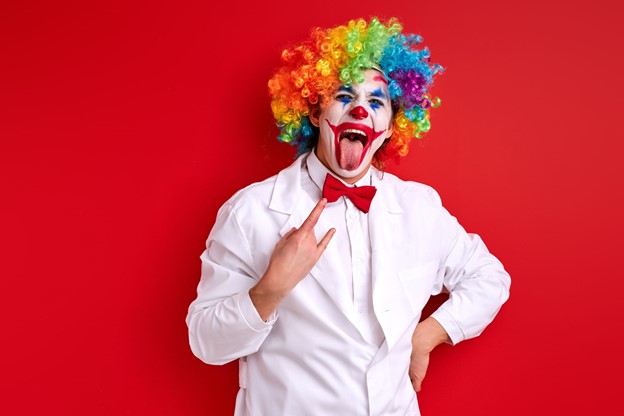 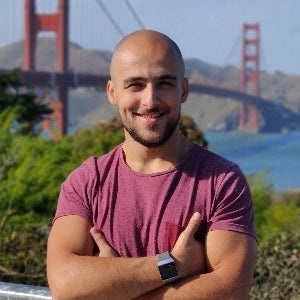 Your phone won’t stop buzzing. Emails flooding your inbox. Your heart sinks because you know what’s coming but you just don’t want to admit it. A PR crisis has hit your account and you must react before it gets worse.

If the year 2021 has taught PR professionals anything, it’s that a PR crisis could be around any corner. No one is safe. However, these things ought to happen in this industry, otherwise, you would be out of a job (way to think of a cup being half-full). Crises and public relations are inextricably connected. Even more so in this day and age, with the speed and scale at which brands operate.

One sour tweet, one ill-timed TikTok, a miscalculated announcement on Zoom, is all it takes to tarnish your brand image which you’ve worked on for so long. Surprised? I genuinely hope you’re not.

PR crisis? Not a reason to panic

As any PR professional would do, you must first assess the situation and get a clear picture of the damage that’s been done. Luckily, not all PR crises are created equally. If you play your cards right, you can turn the situation to your benefit.

The snowball effect builds up quickly so you must have a clear head and think strategically. Access to real-time consumer intelligence data will be your lifeboat in the upcoming hours and days. You need immediate answers to questions like:

You don’t want to make the situation worse by sending out the wrong message - especially when it comes to sensitive social issues. To make things even more exciting, you must be able to identify which circle of stakeholders you might have offended and want to address, in addition to knowing where you want to engage them.

Now, to get one thing out of the way, I am not a PR professional, and never have I ever worked on a crisis communication team. But I am a storyteller and a communicator, and I assure you that people would much rather hear a genuine story that is transparent, than a hollowed-up apology that could have been written by an algorithm.

Also, depending on how you look at it, today’s consumers are more merciful than ever, though they can also be brutal in their opinions and vocal when they’re triggered.

One example I always like to cite is when KFC had to apologize for a nationwide chicken shortage in the UK branches. Imagine the reaction that a chicken restaurant with no chicken can cause among hangry customers. The company did not hide away from the mistake, and instead publicly apologized in what is now considered one of the boldest moves in recent PR history: the FCK bucket.

In what might seem like a risky approach to many brands, KFC’s brand voice had already prepped it to adopt such a move. Mind you that brands are for the most part hesitant to cause a self burn. But in KFC's case, it had worked miracles.

A textbook example of a daring and on-brand communication tactic that turned a crisis into an opportunity - now is not the time to hide, people appreciate it when you own up to your mistake.

I understand that, depending on the scale of the crisis, these could have detrimental effects on the share prices and revenue numbers. One thing is clear though: Pushing out a sterile press release just won’t cut it anymore.

As you’re staring at your phone trying to reach the office, you have learned to embrace the crisis, accept that those things do happen. Take responsibility instead of trying to muddle the situation. The old adage stands true: Sh*t happens, and it’s okay.

Now, for the rest of this blog post, I want you to sit back, take a deep breath, and relax because things are about to get seriously funny. The three H-lettered words to help you navigate this crisis are so simple yet so many get them wrong: Humour, Humility, and Honesty. 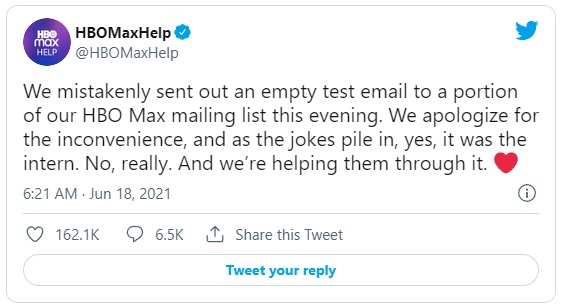 Unless you’ve been living under a rock, you’ve probably heard of the mysterious test email that was accidentally sent by an HBO Max intern to a segment of their subscribers. While the crisis isn’t necessarily the end of the world for HBO Max, their response exemplifies just how easy (and difficult) it is to send out a heartfelt tweet that is down to earth and reflects the company’s internal culture.

To clarify, it’s not every day that we see a company react with humility, humor, and honesty. Everyone loved their response to the situation, particularly as it showed that these brands are run by humans.

Sentiment analysis around ‘HBO Max’ during the accidental email crisis.

If we look at the shift in sentiment one week before and after the public announcement, we realize there’s a generally positive trend surrounding ‘HBO Max.’

Re-winning people’s hearts and connecting with them based on empathy goes a long way. Regaining your community’s trust and asking for their forgiveness is an easy task, if you remain calm and show that you’re being authentic and open.

To stand out from a sea of uniformity and unanimous reaction, you must own your mistakes, do something about them, and move on. Not only does it lead to a better relationship with your stakeholders, but also to smarter decisions that will take your game to the next level.

On that topic, I echo what my friend Joe Lipscombe from Ogilvy said on the importance of embracing originality and bold free-thinking. PR professionals must own their mistakes and react to them with originality and human ingenuity.