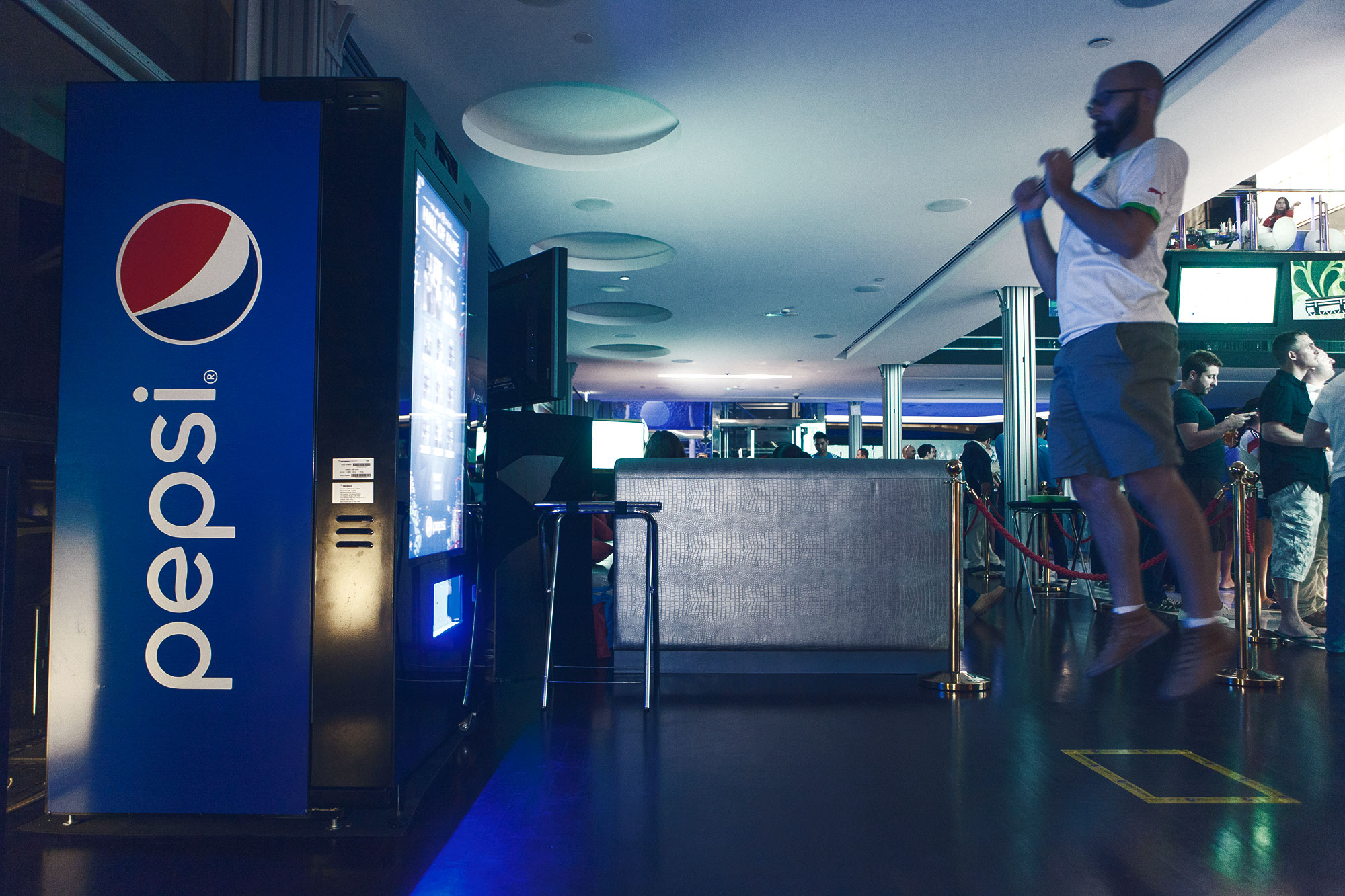 Among a select number of global markets for Pepsi, the UAE, Kuwait and Saudi Arabia will see the roll-out of the brand’s interactive gaming vending machine, which, using motion-sensor technology, allows football fans to show off their skills throughout the World Cup 2014.

Fans are challenged by the 2014 Pepsi all-star football squad – Robin van Persie, David Luiz, Sergio Ramos, Sergio Agüero, Jack Wilshere and four-time player of the year, Leo Messi – to move like the pros and show off their sport style to be rewarded with a free Pepsi or Diet Pepsi.  Throughout the interactive experience, players must keep the virtual football in the air for 30 seconds as they move through a series of skills challenges. Advanced players can earn bonus time and vie for “Hall of Fame” recognition at each location.

Commenting on this initiative, Carla Hassan, chief marketing officer at PepsiCo Middle East and Africa, says:  “Consumers across the GCC are extremely passionate about football, and we are extremely pleased to be able to offer fans in the UAE, Kuwait and Saudi Arabia the exclusive opportunity to be able to show off their football skills and compete against each other. Pepsi is strongly committed in offering its consumers across the region the chance to engage in exclusive experiences that bring them closer than ever to the spirit and atmosphere of the game.”

The limited-edition interactive vending machine falls under Pepsi’s larger football campaign for 2014, which kicked off in January with the unveiling of the brand’s largest-ever international football squad.