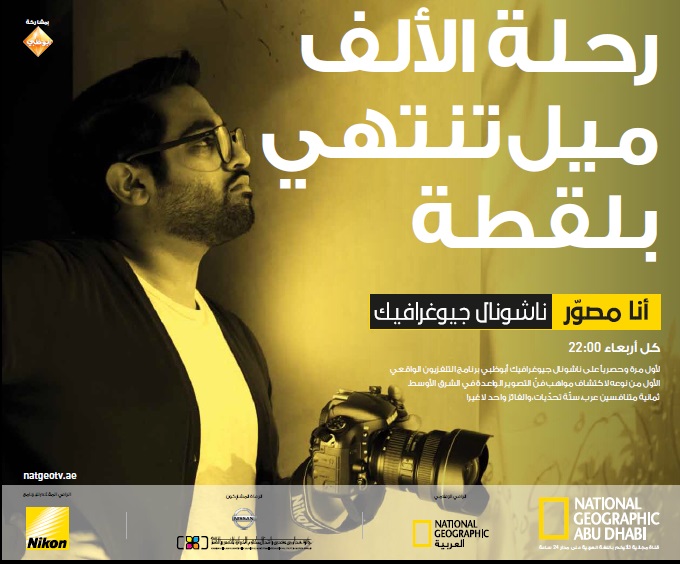 Shot entirely in the UAE with Nikon as presenting sponsor, the show premiered on National Geographic Abu Dhabi on May 21, with episodes to air at the same time every Wednesday. Associate Sponsors for the show are Nissan and the Hamdan Bin Mohammed Bin Rashid Al Maktoum International Photography Awards (HIPA). The show finale will be on June 25.

‘I am Nat Geo Photographer’ is a six-part reality show competition, whereby eight amateur photographers from around the region compete against one another in a series of challenges as they try to capture a photograph worthy of being featured in National Geographic Al Arabiya magazine. The challenges take them to iconic locations across the UAE. At the end of each episode, a panel of judges will assess the contestants’ work to decide which will be eliminated.

Athreyan Sundararajan, head of marketing, National Geographic Abu Dhabi, said in a statement: “The continued growth of NGAD gives us the opportunity to continually introduce more locally created, locally relevant programming for our viewers. We are proud to have partnered with premium brands such as Nikon and Nissan, as well as being associated with such a prestigious institution such as HIPA. The value that such sponsors get from being associated with the show is tremendous and goes beyond the sponsorships that are regularly seen. We will be offering many more such opportunities to our partners and advertisers in the future.”

Narendra Menon, Regional Head Sales and Marketing, Nikon Middle East and Africa, said: “As a presenting sponsor and main partner of ‘I am Nat Geo Photographer’, we are fulfilling our long-standing commitment to enhancing the photography culture across the Middle East. This association allows us to nurture the considerable photographic talent in the region, while also providing an unparalleled platform for photographers to showcase their skills. Having each contestant use a Nikon camera throughout the program showcases our cameras’ ability to perform in various high-pressure real-life situations, while also providing the contestants with an able companion on their show-stopping journey.”