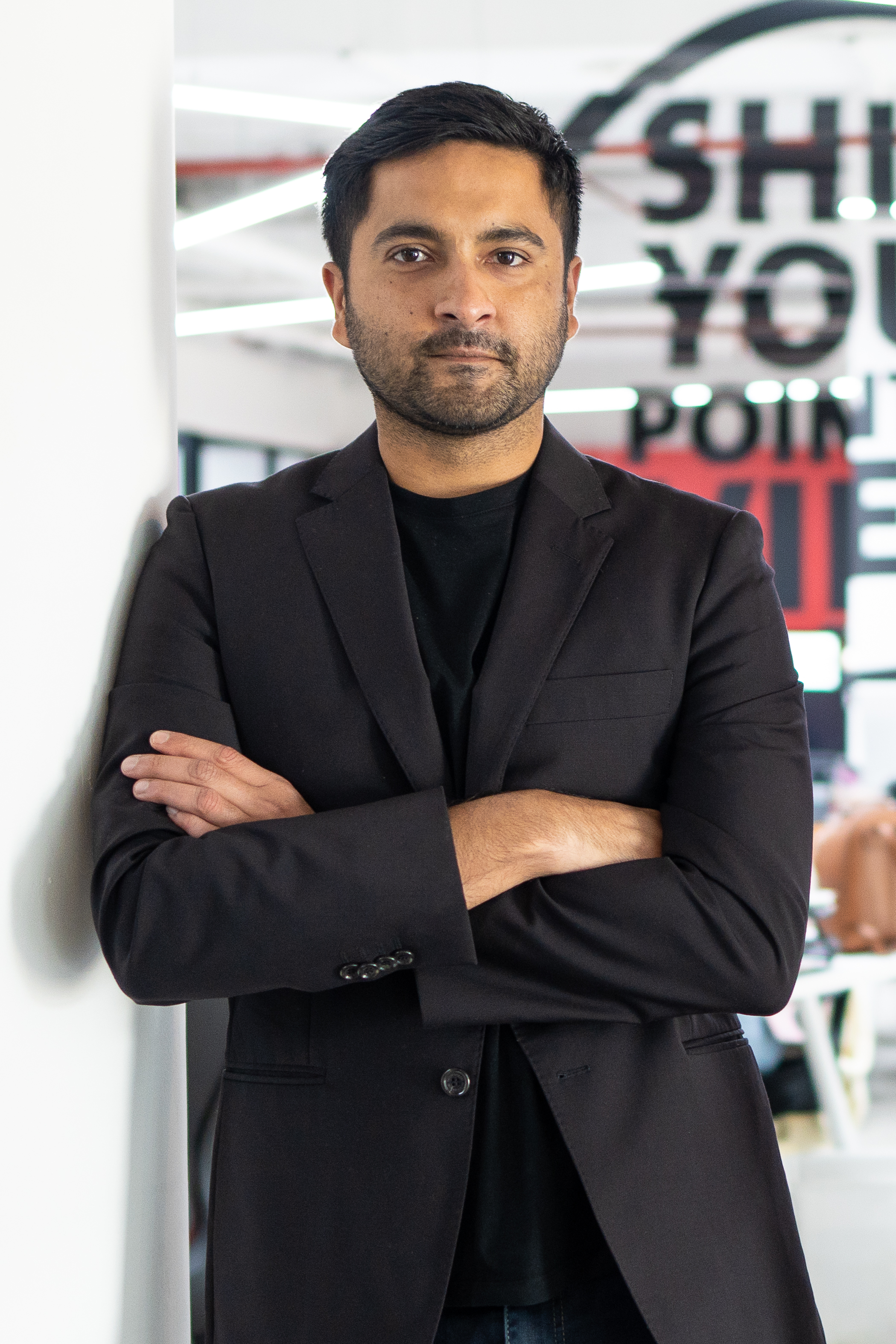 What inspired you to get into advertising?

I had a knack for writing limericks and rhymes when I was growing up in Bombay. The ads I was exposed to were mostly general stuff with jingles and wit; and for some reason, I was naturally inclined to it. So I joined a small agency as an intern in Mumbai and it just worked out ever since.

What would you have chosen if not advertising?

That’s a tough question because I started working in advertising when I was 17, so there was really no other option I considered at the time. But if I’m being wishful, I would have been in architecture.

Where do you normally look for inspiration?

So Plan A is everywhere else [sic] and Plan B is the Internet.

What is ‘everywhere else?’

Anything and everything. When we started off, there wasn’t too much of referencing going around because whatever you could borrow or look at was from the physical copy of the archives. These days, everything is so accessible with the Internet; and I see a lot of the younger creatives, once they get a hold of the brief, quickly jump on the Internet to look for references or inspiration. I tend to keep that aside. When I see a brief, I look into my personal memories; if there’s something in there that I could connect with or something that moved me that I think can move others as well. Otherwise, there’s a rich world out there to get inspired from. And if not, then I resort to plan B.

I don’t really have a process like that. My perspective is that my hobby and work have become advertising. I view it as something I genuinely like to do so that I never get bored. What works for me is that I read the brief and put it at the back of my head, and then the wheels start turning. This goes on till we turn the paper in. So it’s not really dictated by time spent by myself or anything as such.

The Emirates NBD ‘Give in to Giving’ campaign which was released last year felt straight out of a Disney Pixar film. What made you decide to communicate the story via animation?

In this particular case, the problem was that volunteering was not one of those trendy social topics to tackle from a communication aspect. People tend to have a cynical view about it. In a city like Dubai, when the working week is long and hard, it’s a bit too much to ask people to take some time off, especially after a long week.

After so many years in the business, when you write a story, you can sort of have an understanding of how you want this film to be. As soon as we wrote this story, we kind of knew it would work best in animation not because it wouldn’t work in any other medium but since it’s animated, it would help bring people’s guards down. People look at animation with a sense of nostalgia and a perception that it’s going to entertain you cause we grew up on cartoons like Toy Story etc. So that helps bring people’s guard down and makes it easier for us to communicate the message. Some stories depending on the angle and the message you want to get across, tend to work more effectively on animation rather than live-action.

As the new executive director of Serviceplan, what strategies do you plan to implement for the agency?

Serviceplan is a new genre in the region. It’s not an agency that a lot of people are aware of. The nature of the agency is very humble and organized. We have an extremely efficient style of working and with all these things in place and with the chaotic nature of agency life in the region, the efficiency here is such that there’s no room for chaos.

So my job just becomes about how to elevate the things that were already happening. We have historically long relationships with clients such as BMW and other big brands. There are a lot of new opportunities that are coming our way.

We want to personalize the relationships we build with the client. We want them to see all the faces behind the projects, know them in person.

The goal is to do work that can actually become part of the popular culture that we live in today; work that actually resonates with people and work that’s shared among people in advertising and beyond that.

Are you targeting any specific clients/industries you want to get on board with the agency?

What are your thoughts on creativity in the region?

The region is maturing really quickly. I’ve been here since 2011 and from the time I came, the work had just started to become a lot more mature than the work I’ve seen previously. Now it’s coming of age and the entire region is doing better work and more consistently. The competition is pushing each other and trying to find new ways to stand out. Overall, it’s working really well.

What’s the most creative campaign you’ve seen in the region?

Funny thing about that, the most creative campaign I’ve seen in the region was before I even came to the region. I think it was in 2010, there was a campaign for Melody Aflam. It was an Egyptian commercial for the TV channel. There was something about it that caught my attention. The concept was based on the cinema industry in Egypt, how it came up with Hollywood concepts before Hollywood did, but they never saw the light of day because the producers didn’t see any value in them. The humor was self-deprecating and it had the Middle Eastern flavor to it. But more importantly, it was really honest to itself, which I felt was the standing point when it competed at Cannes. It’s one of those commercials which I enjoy till date and keep looking back upon wishing we had done something like that.