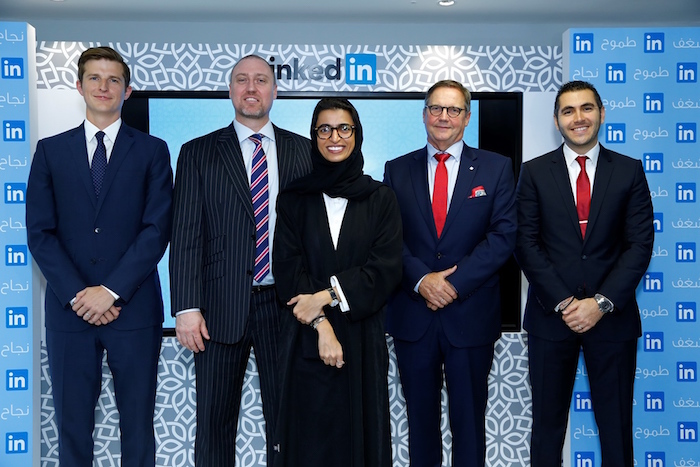 LinkedIn, the world’s largest professional network on the Internet with more than 347 million members, announced the launch of its Arabic version yesterday. The announcement was made at an event held today at the company’s new regional headquarters in Dubai, and keynoted by Her Excellency Noura Al Kaabi, Chief Executive Officer of the Media Zone Authority – Abu Dhabi (twofour54).

Speaking at the event, HE Noura Al Kaabi, says: “The launch of LinkedIn Arabic is a significant step towards strengthening the Arabic media sector, developing local content and nurturing Arabic talent. Arabic is spoken by over 300 million of the global population, more than French and Portuguese, yet it is underrepresented on the Internet. As speakers of this great language, it is our duty to be proactive, collaborate and strengthen the content available online in our language, and to initiate new sites and platforms, such as LinkedIn Arabic, that will cater for Arab youth and the generations to come”.

The launch of Arabic – the first bi-directional language on LinkedIn – brings the total number of languages available to 24. The Middle East and North Africa (MENA) is a fast growing region for LinkedIn, growing from five million members in October 2012 when the company opened their local office in Dubai, to more than 14 million today.

His Excellency Eng. Adel M. Fakeih, Minister of Labor, Kingdom of Saudi Arabia, says in a statement: “LinkedIn has been working with us to match talent in the Kingdom with the right opportunity, and with Arabic, this benefit can be rolled-out to a much wider member base. LinkedIn will continue to be a useful tool for us as we use technology to communicate the need for nationals to up-skill themselves and take advantage of the strong economic climate and significant job-creation in the Kingdom. Being a part of a global network also helps youth identify the key demand areas, and build their qualifications accordingly”.

New members can now sign up for LinkedIn in Arabic by visiting the site and registering a new account. LinkedIn members who have been using the site in English can switch their language settings to Arabic, should they wish to do so, by following this link.