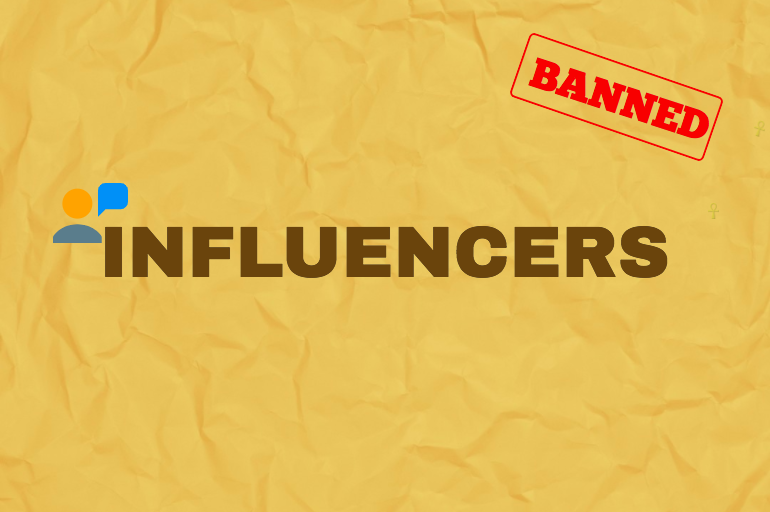 Social media influencer Elle Darby reached out to the Charleville Lodge Hotel in Dublin, Ireland asking for a free 5-day stay in return for exposure on her YouTube and Instagram channels, which have more 87,000 subscribers and 76,000 followers respectively. The owner, Paul Stenson, replied to the email publicly on the company’s Facebook page with a screenshot of Darby’s email with her personal details blacked out.

He then went on to declare that all influencers/bloggers are banned from the property – presumably only those who are looking for freebies.

One could argue that Stenson’s reply – or rather his way of responding publicly – is harsh and unnecessary. Jamal Iqbal, executive creative director of Cicero & Bernay, says, “I find the reply given by the hotel extremely offensive and in bad taste. Whether we like it or not, influencers are playing a big role in portraying a brand’s values and offerings.

Mahmoud Boksmati, founder and CEO, of online influencer platform, too, says that the “hotel manager’s reaction was uncalled for”. “I don’t think there is anything wrong with influencers reaching out to brands,” he adds.

READ: How Huawei went wrong with this influencer ad

“A blanket ban seems extreme, but you need solid rules in place for blogger relationships – like you would with any business relationship,” suggests Mazher Abidi, head of social media at Initiative.

Perhaps – despite the harsh reaction – the answer is in Stenson’s post: “In future, I’d advise you to offer to pay your way like everyone else, and if the hotel in question believes your coverage will help them, maybe they’ll give you a complimentary upgrade to a suite.”

Although Boksmati says that there’s nothing wrong with influencers reaching out to brands, he does admit that they need to be smart with their approach. “If you have a large reach on your social media pages, it doesn’t mean you can go around asking for freebies or pay with your ‘influence’,” he says.

READ MORE: What’s the real influence of an influencer anyway?

Can influencers maintain their credibility if they’re getting products and services for free? And more importantly, is the value exchange worth it for brands? For Abidi, it depends on the objectives. “ If exposure is the goal, then absolutely. If brands are looking for something else, then there is no value being exchanged so no,” he explains.

For brands, identifying and understanding their objectives and then finding the right message and medium to achieve it can be complex – especially, as Iqbal points out, with media consumption changing as Gen Z and millennials get increasingly influenced by ephemeral content. And so, “what that content should be, what is the RIGHT medium for it, and then whether that content is paid for, bartered, organic or a mix, is what us, as communication specialists should be advising brands on,” he says.

But at the end of say, as Abidi says, “The hotel is getting more exposure from this move than any influencer partnership could have given. The story has gone global, and so has the name of the hotel – after all, we’re talking about it here. The White Moose won’t be short of bookings for a while, so either by devious planning or happy coincidence the move seems to have paid off!”