How to Build a Winning Gen Z Strategy on Mobile

App analytics and market data company, App Annie, have released a new report that sheds light on Gen Z’s mobile behavior, in order to help marketers develop effective strategies to reach them. 98% of Gen Z report owning a smartphone, on average receiving their first at the age of 10. They are also part of the largest generation globally. As fairly new consumers, their brand preferences are not yet set, giving companies the opportunity to define themselves in a way that resonates with this mobile-native generation and earn their loyalty. 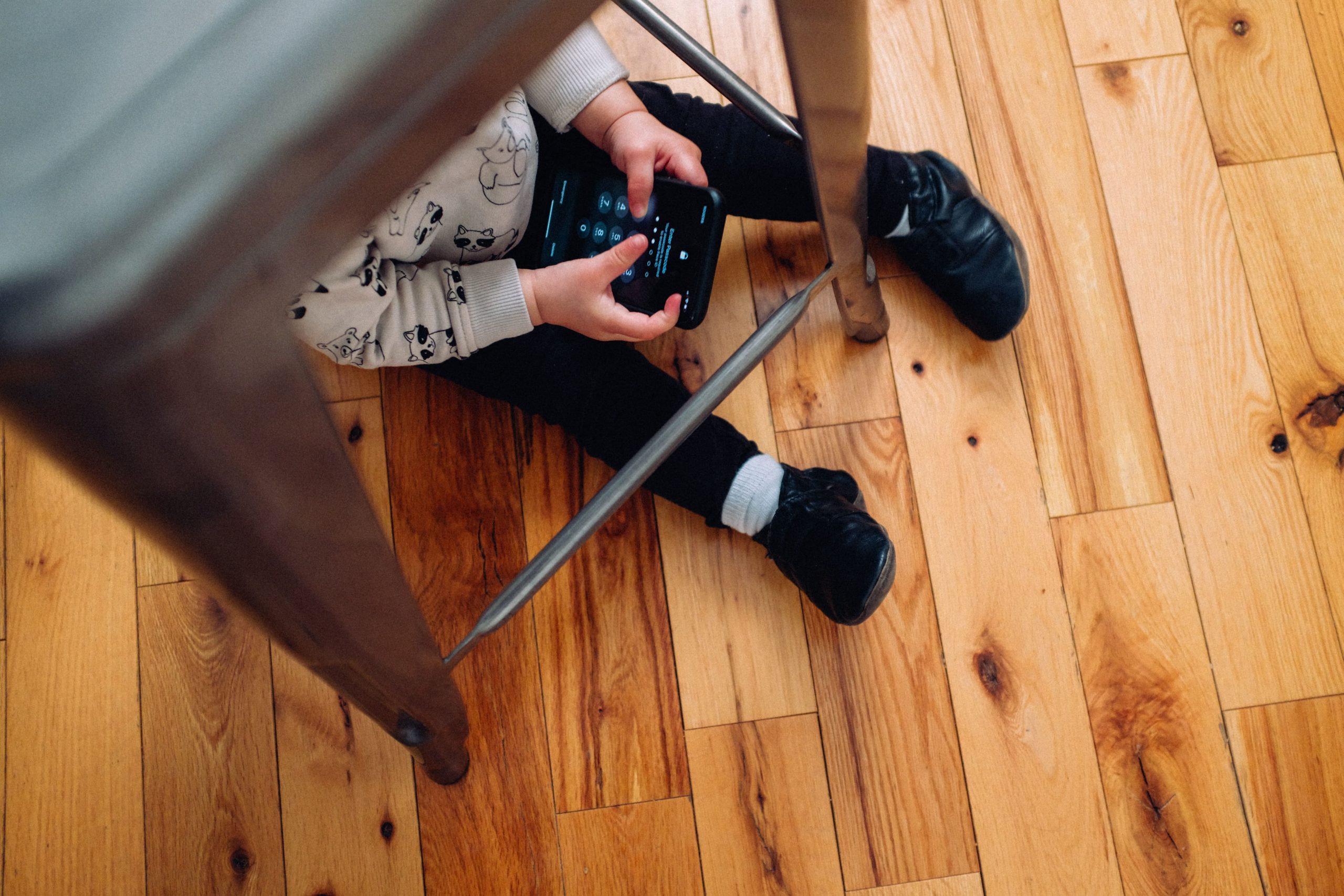 Reasons why you need a strong mobile strategy for Gen Z

Gen Z is the mobile generation

Gen Z is growing in influence

Using App Annie’s demographic data, here are the key actionable insights from the report listed below –

Growth of Gen Z users outpaced those 25+ in most markets, highlighting growing influence of Gen Z

While Gen Z is more likely to use games, they spend less time on top games than those age 25+ 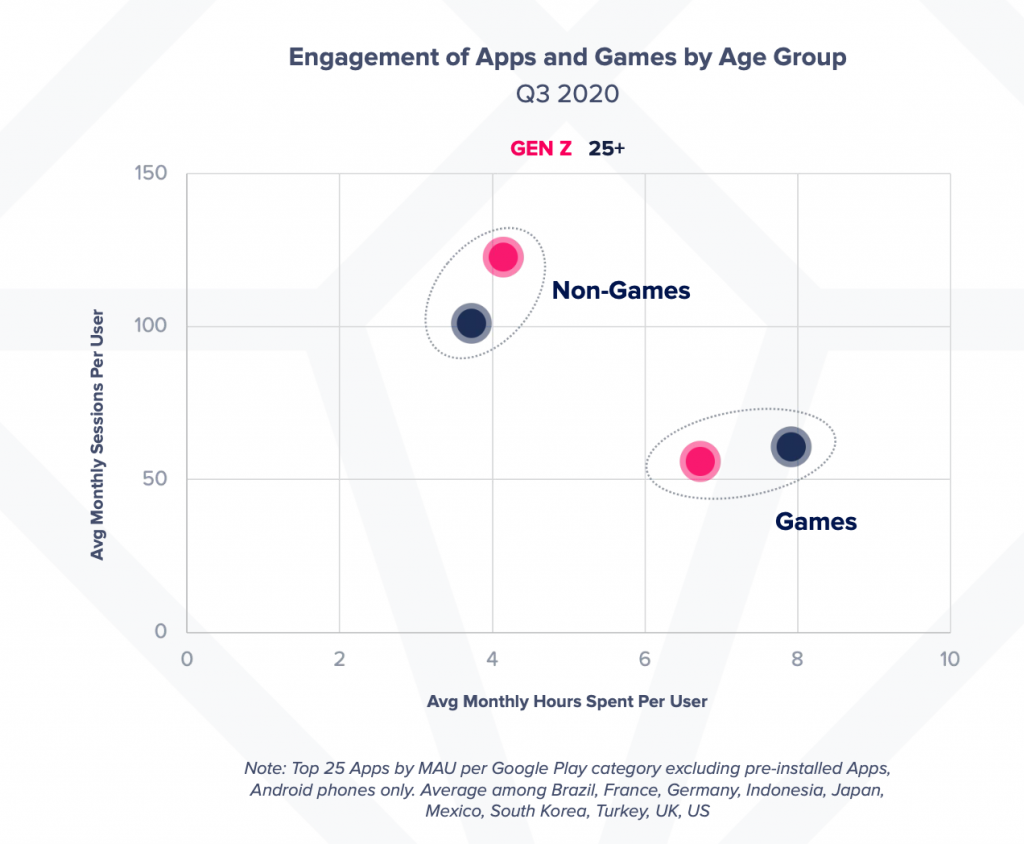 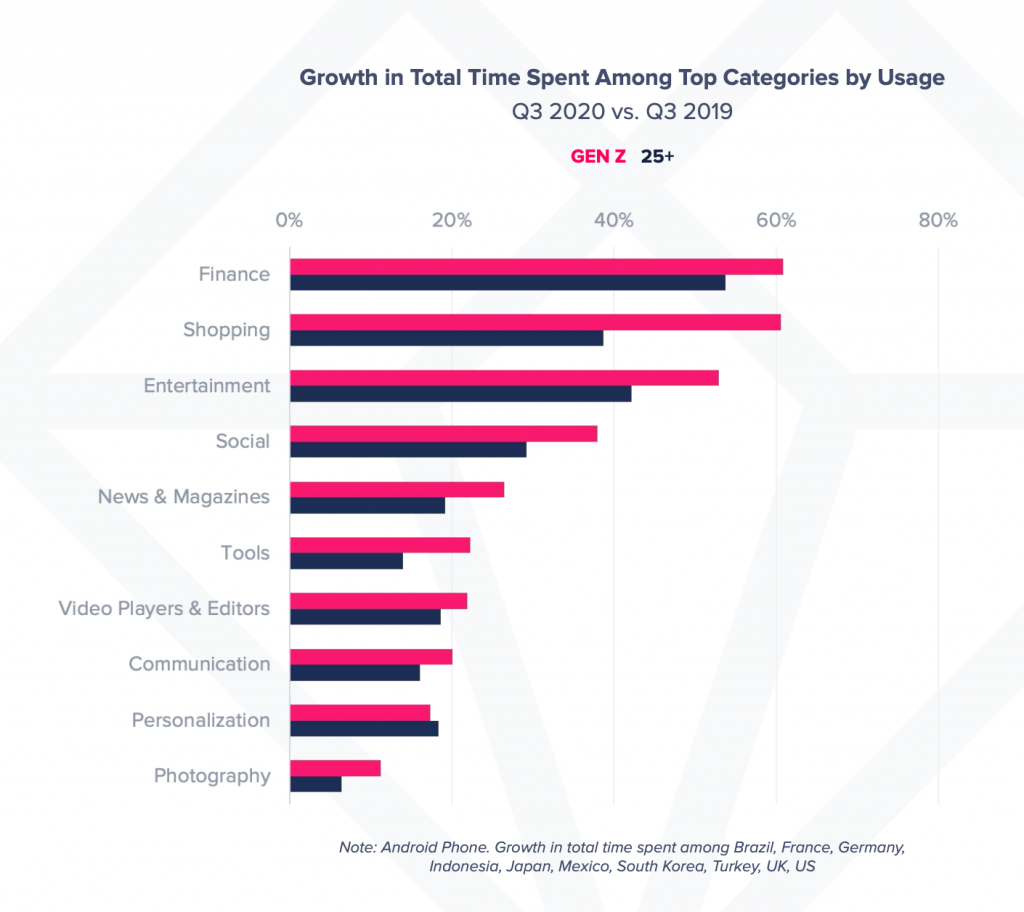 Not a one-size-fits-all: Gen Z behavior differs vastly by market and requires a closer look 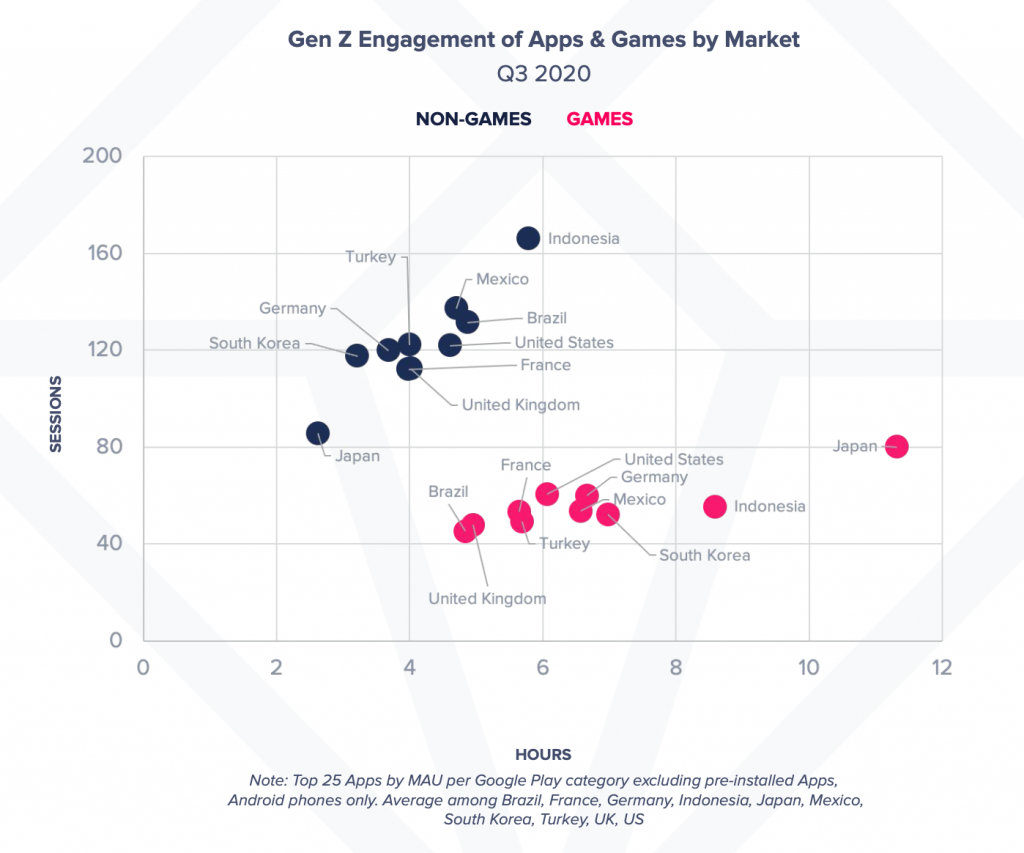 Gen Z Is a mobile and video first generation 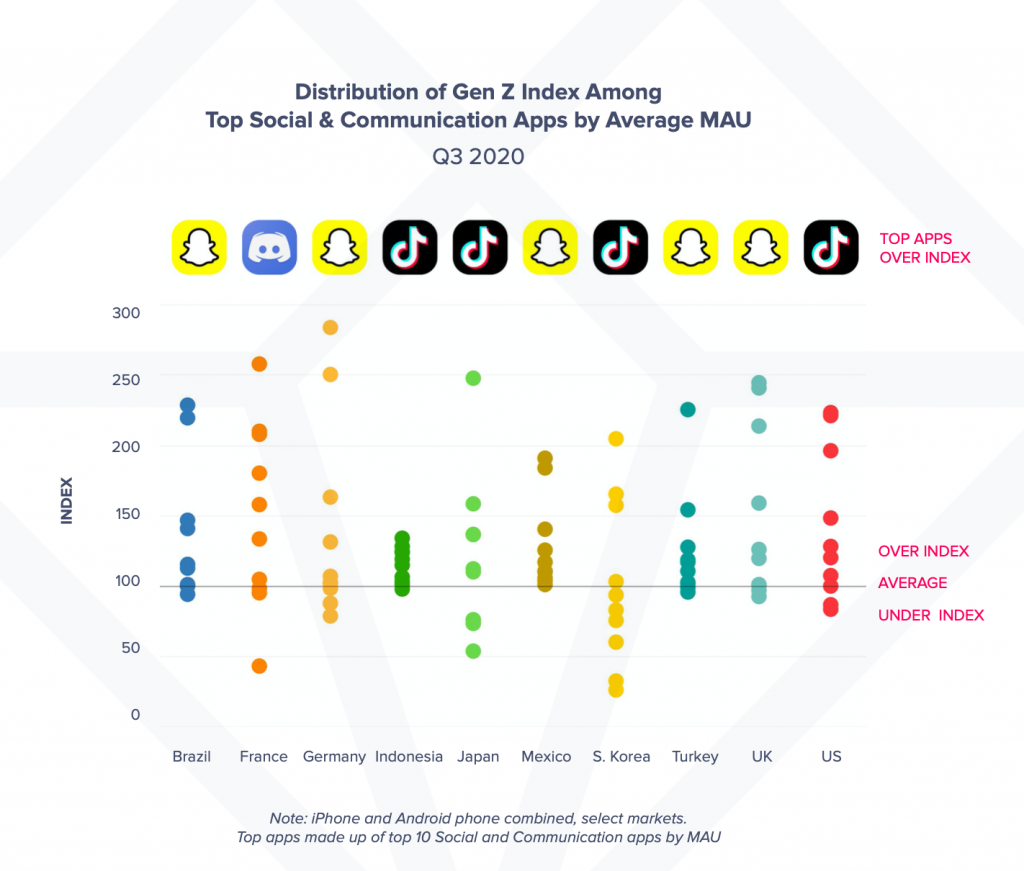 Among Us! became a Gen Z favorite 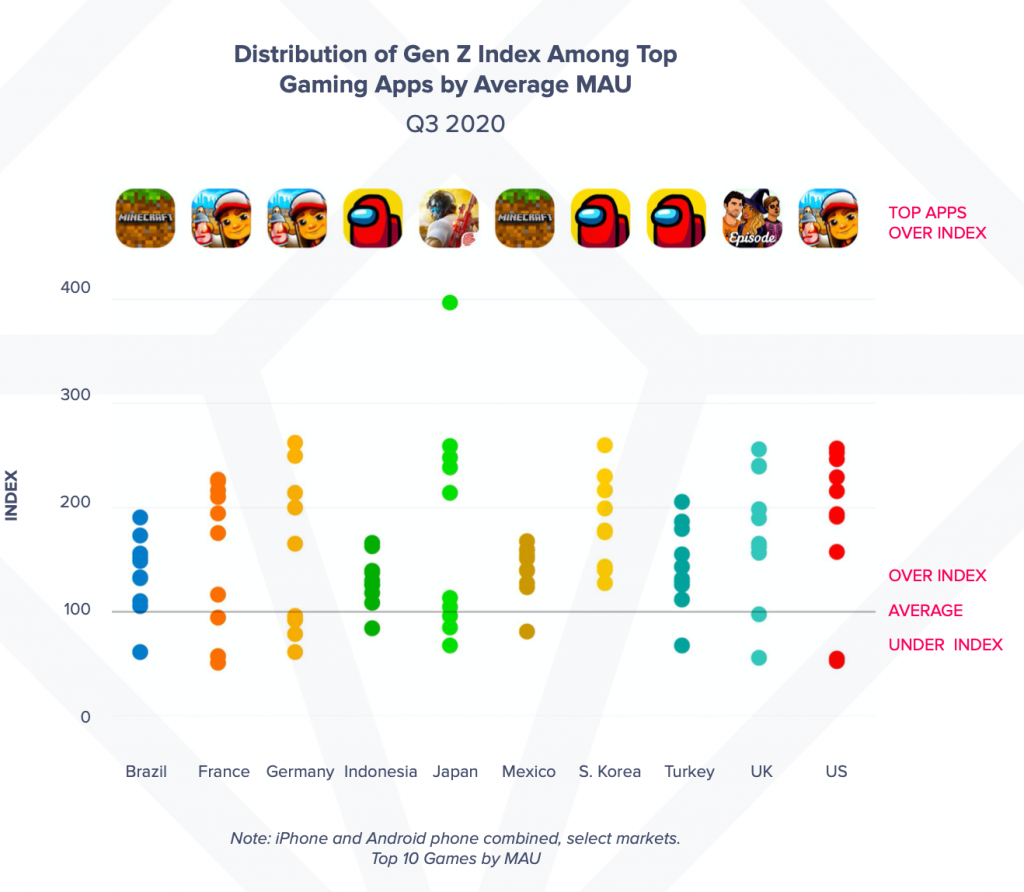 Area of opportunity: Finance apps gained momentum, but have room for growth