How Did The Middle East Use Social Media In 2020?
Insights Industry
Back

How Did The Middle East Use Social Media In 2020?

New Media Academy has published a new report that shares findings on how UAE consumers used social media in 2020. 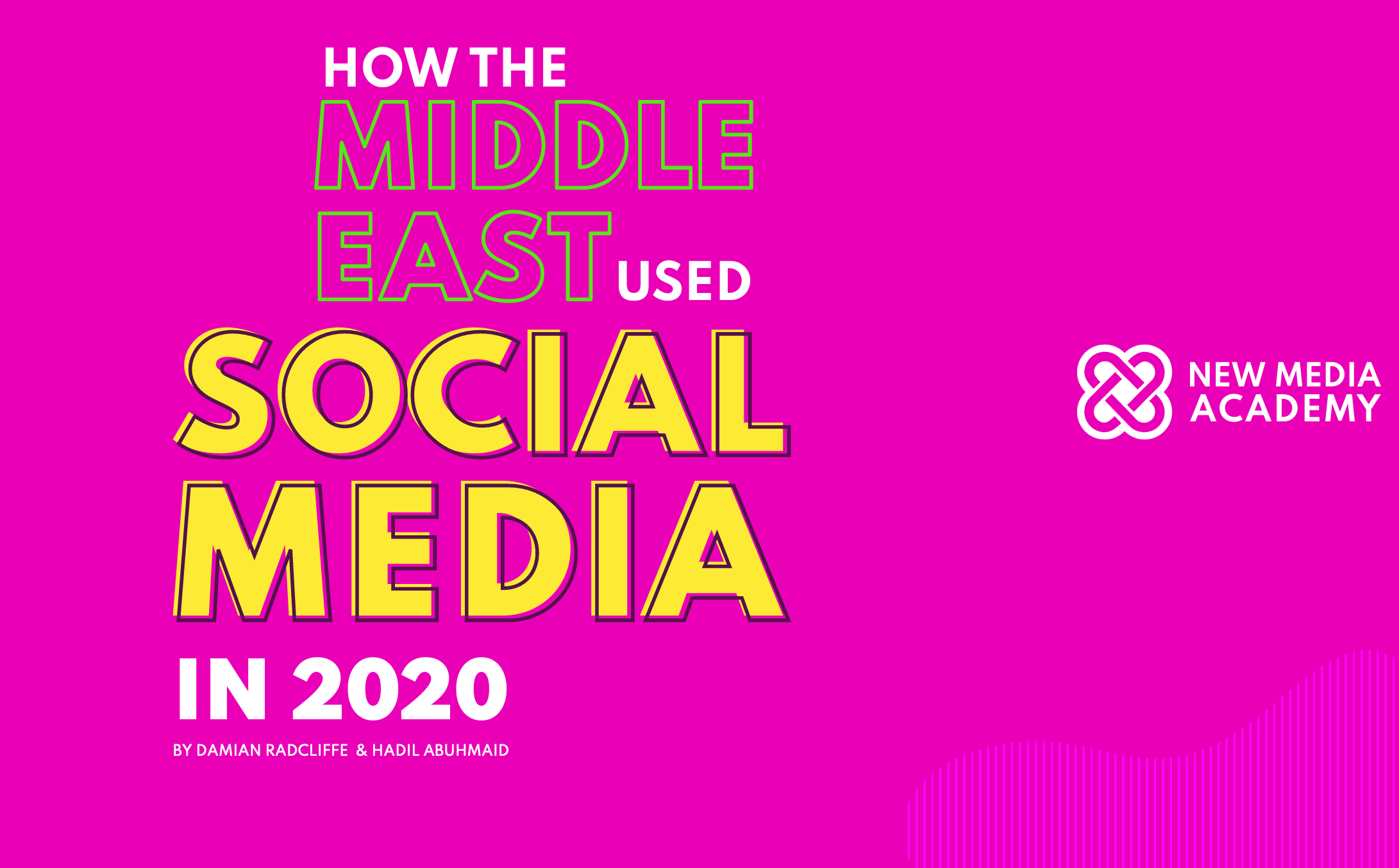 New Media Academy has published a new report authored by Damian Radcliffe, the Carolyn S. Chambers Professor in Journalism, a Professor of Practice, an affiliate of the Department for Middle East and North Africa Studies (MENA) and Hadil Abuhmaid,a Media Studies PhD student and a Graduate Employee at the University of Oregon. The report dives into the biggest stories that shaped MENA’s relationship with social media during 2020.

Social Networks are powerful platforms in the Middle East, as they are around the world and have managed to influence the way people consume news and entertainment, shop for products and interact with one another. The Beirut-based Arab Development Portal,notes that the percentage of individuals (% of total population) using the internet in the Arab region has more than doubled in 2018 at 54.7% in 2018 up from 24% in 2010. These numbers rose rapidly in 2020.

Social Media Users in MEA (Middle East and Africa) spend the most time on social networks, averaging over 3.5 hours a day. In May, more than half of users in those regions also told GlobalWebIndex that they were spending more time on social media as a result of the COVID-19 pandemic. They are among those most likely to use social networks to research brands. According to a study by We Are Social and Hootsuite, 49% of internet users aged 16 to 64 use social mediawhen they’re looking for information about brands.

News consumption and delivery has changed drastically in the last decade. The advancements in technology have allowed media outlets to report breaking stories within seconds. Individuals are even take it upon themselves to record and publish stories, or incidents they witnessed on social media. These kind of content pieces get circulated rapidly, thus getting more eyeballs.

The latest Arab Social Media report cited that 79% of people get their news from social media. These findings show, social media increasingly influences numerous aspects of digital diets in the Middle East. COVID-19, faster mobile networks and growing smartphone take-up has only increased these behaviors, creating social media habits which are only likely to grow. 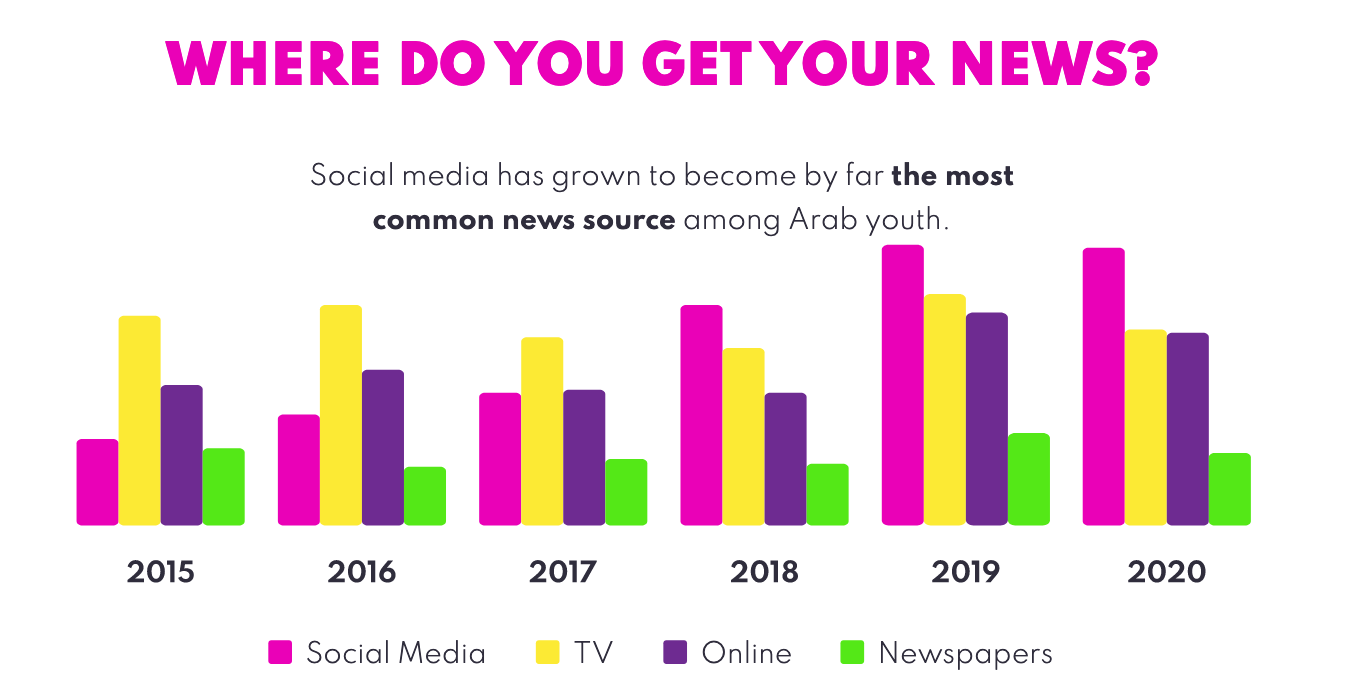 Let's now look at how these advancements in the social media landscape, impact various parties.

For Creators, Brands and Digital Marketers

It takes 21 days to form a new habit and 60 to form a lifestyle. During the lockdown, people began developing new habits with regards to where they devote their time and energy, how they shop, etc. While the UAE continues to transition back to a state of normalcy, some habits consumers developed during the lockdown continues to be present. Online shopping in particular is a habit that will not be going away anytime soon. In-fact, brands and companies have begun levergaing on it already by collaborating and developing tools for social commerce. It's imperative for brands and businesses to leverage on these growing trends and position themselves well before the landscape begins to settle.

Influencer marketing took a hit in 2020 due to COVID. It is unclear if this will bounce back to pre-pandemic levels, or if these types of relationships will evolve. The report cits that TikTok’s rapid growth, and the emergence of a new generation of influencers, for example, is a trend to watch.

It's still difficult to even fathom that today anyone and everyone can be their own media company. Majority of the online stars you see today are in a way their own brand and media company. Traditional media companies are trying to devote more and more budgets towards creating content for social media networks. But the challenge of getting the latest insights on behaviors continue to loom. And this holds companies back from making informed decisions. These data points are important because platform consumption varies considerably from country-to-country, making it very difficult  to deploy a “one size fits all” regional strategy.

For Governments and NGO's

Governments have embraced social networks as a key vehicle for both informing and supporting, citizens and residents during the coronavirus crisis and this trend is likely to continue. Influencers have been involved in numerous COVID campaigns - as voices advocating for behavioral change, or as amplifiers of key messages. A new kind of PSA startegy/trend that is going to be employed more in the future.

2020 was not only the year of the global pandemic but also considered to be the year of the global infodemic as well. Countries,Governments and Social Media platforms around the world struggled to contain the spread of fake news on the internet. But to be fair, this crisis of fake news has been present long before. But just like other things, the pandemic only managed to accelerate the seriousness of the issue.

As fake news spread in the Middle East, Governments took matters into their own hands by passing laws that penalizes anyone broadcasting fake news, regulation controls on platforms with over one million daily users, etc.

Arab speakers fell prey to false or inaccurate information related to COVID-19 and one potential reason was the lack of credible Arabic-language outlets that provided information on COVID-19, its symptoms, and many other related topics. Governments in the Middle East teamed up with social media platforms to develop solutions quickly before the situation got worse.

"The year 2020 was undoubtedly the year where shift happened. Industries far andwide accelerated towards digitization in a bid to go from crisis to opportunity. A developed digital economy can spur on economic growth in the region as a whole by offering an alternative yet seamless experience with advanced infrastructure, substantial access and mature level interaction. We have a civic duty to effect change to the entire region, beyond our home turf.The Arab world deserves to be seen and heard in a creative and authentic light based on the realities and aspirations of its key thinkers and culture shapers," said Rashid Al AwadhiChief Executive Officer at New Media Academy.