Highlights From the 2020 Edelman Barometer Report
Insights Industry
Back

Highlights From the 2020 Edelman Barometer Report 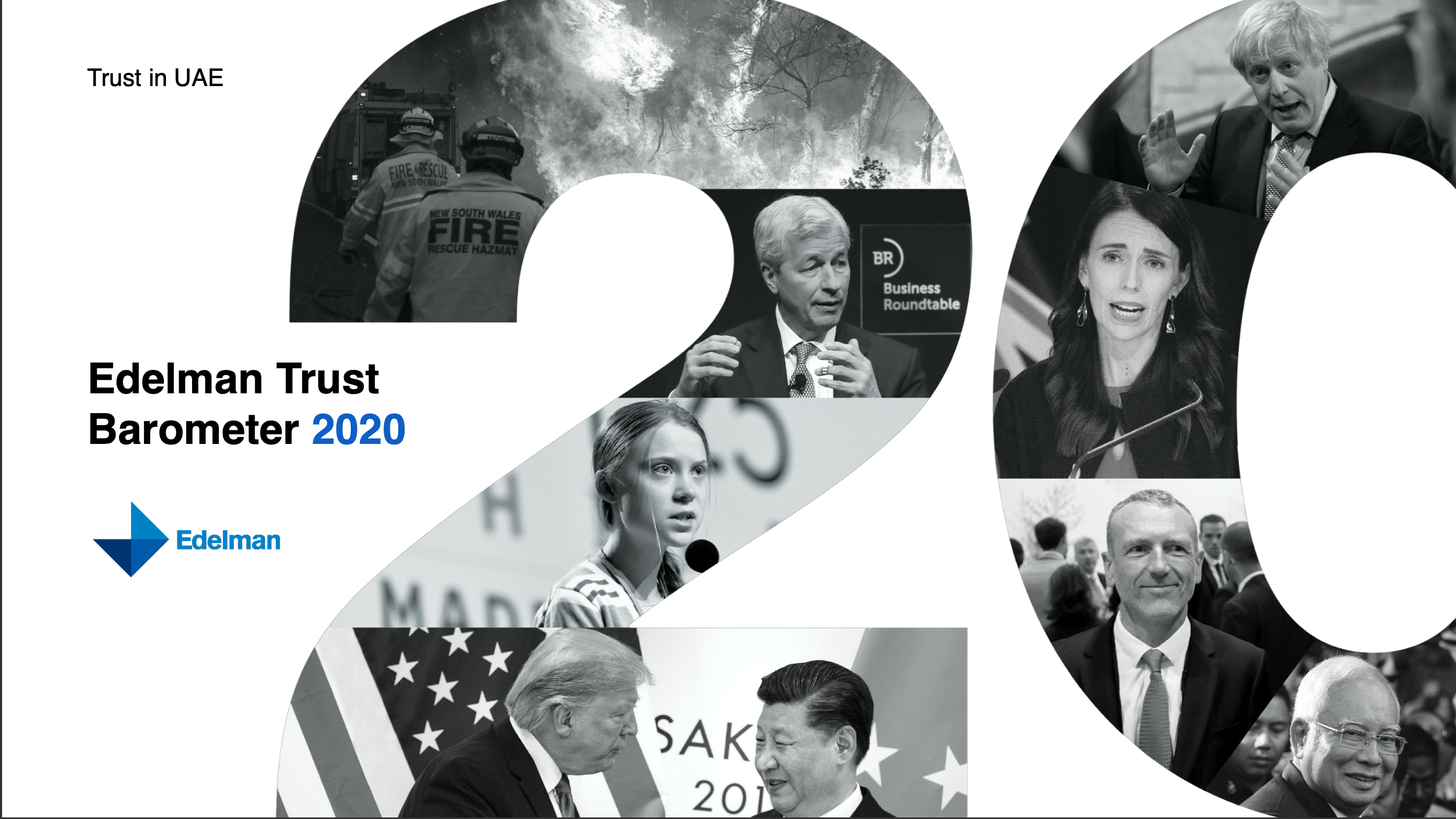 Edelman Intelligence, a global insight, and analytics consultancy releases the 20th edition of the UAE Trust Barometer report. According to the report, the UAE government remains the most trusted of all four institutions, above businesses, NGOs, and the media. A key moment to celebrate, especially during a time when major distrust is brewing between citizens and their governments worldwide. The report surveyed 34,000 respondents in 28 markets, expanded to include Thailand and Kenya for the first time, sampling the general population as much as possible. Here are the general as well as key highlights for each institution in the UAE.

The 2020 Edelman UAE Trust Barometer indicates that building trust for the future requires paying fair wages, focusing on education and retraining, embracing an all-stakeholders model, and fostering partnerships across institutions.