#FacebookDown: For a few hours, we were back in the 90s
Insights Industry
Back

#FacebookDown: For a few hours, we were back in the 90s 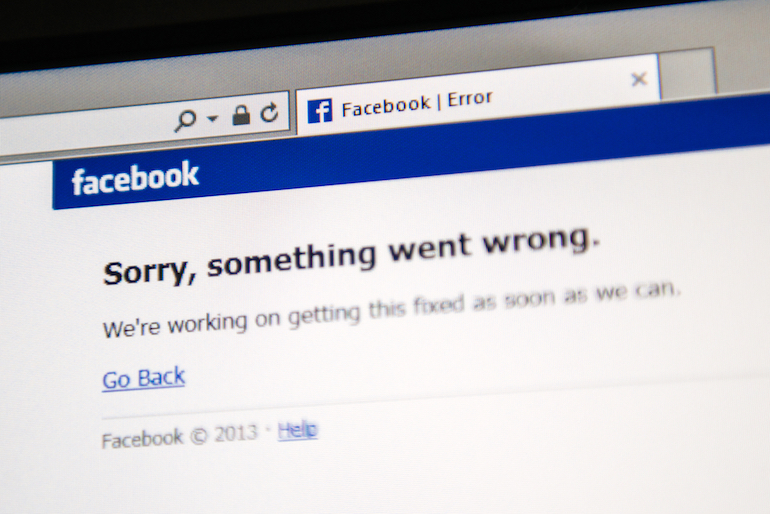 Facebook and its family of apps such as Whatsapp and Instagram all suffered an outage yesterday for several hours across multiple countries in the world, including the UAE, the US, Brazil, Lebanon, among others.

It’s safe to say that for a few hours, people across the world were transported back to the 90s. Just the thought of being cut off from our digital lifelines is enough to make some shudder.

Captains log March 13, 2019. Facebook, Instagram and WhatsApp have gone down. People are forced to socialize for the first time in a while and have come to the realization that we have forgotten how to. We are all just staring at each other. #FacebookDown

The extent of the outage differed for users, with some completely unable to obtain access, while others experienced limited functionality.

We’re aware that some people are currently having trouble accessing the Facebook family of apps. We’re working to resolve the issue as soon as possible.

However, the social media giant did explain that the outage was not caused by a DDoS attack, where hackers flood website or services with fake traffic to overload their servers.

According to DownDetector, and as reported by The Verge, “it looks like the outages are mainly in New England; Texas; Seattle, Washington; parts of Latin America, including Peru; the UK; India; and the Philippines. Users have written in from Canada, Las Vegas, and Turkey to note outages there as well.”

The site continued: “Other users noted that attempting to use Facebook to sign into apps like Tinder or Spotify wasn’t working either. Attempting to do so would bring up an error saying this feature isn’t available right now. If you were already signed into Spotify, it appears that your login is still valid, but once you sign out, you’ll be unable to get back in.”

While personal users are currently at the forefront of those most affected, the truth is that plenty of business have been even more affected by this.

Consider the amount of ad money that was lost in the hours when these services were down. Let’s take Facebook singularly. Mark Zuckerberg’s company reported $16.6 billion in ad revenue for Q4 2018, which means that it earns approximately $184.4 million daily from ad revenue alone (taking into account ad revenue from Instagram and other platforms as well). The Daily Mail says Facebook was down for about 14 hours – if so, that’s $107.56 million in advertiser money that’s currently unaccounted for. As such, Facebook has been reported by Bloomberg saying that it was still investigating the overall impact, “including the possibility of refunds for advertisers.”

Facebook is not in a very enviable position at the moment. Following last year’s Cambridge Analytica scandal, and the hack that occurred later that year, Facebook has been at the forefront of online privacy concerns.

This article was originally published on AMEinfo.