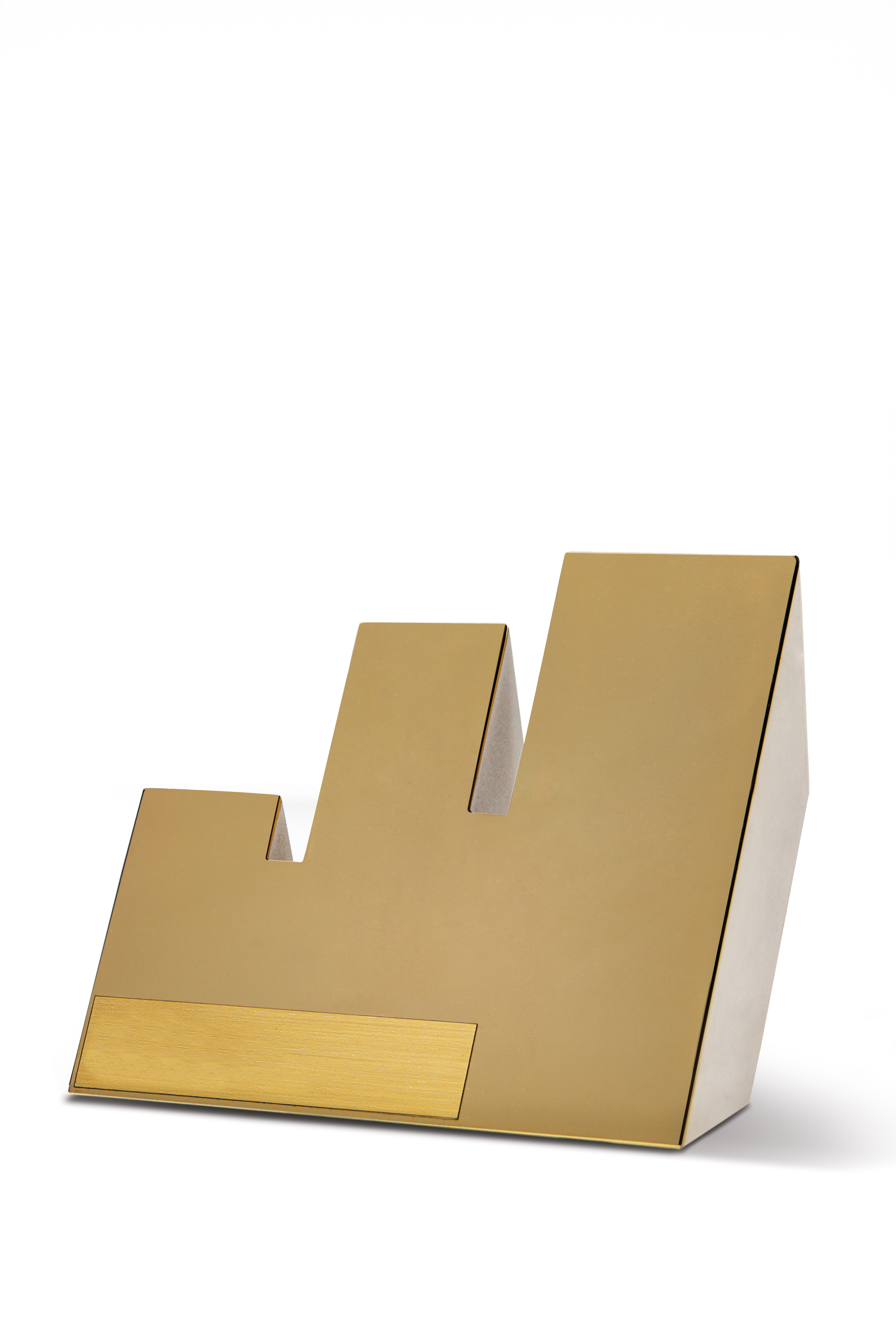 As the industry grows worldwide,“the core principles of marketing effectiveness and growth actually remains the same,” said Traci Alford, Effie Worldwide’s President and CEO in an interview with Communicate. However, Alford explains the significance of maintaining a vision that ensures that the short term and long term plans are aligned in order to maintain the brand’s effectiveness.

Traci explains that the Effie believe that a marketing campaign and good brand must have a clear sense of purpose, which are  essential to the consumers who will not be interested in brands that do not represent authenticity and purpose.

The Effie awards  are viewed as the go to awards among marketers on both the client and brand side. In previous interviews, Alford discussed the awards as a benchmark for excellence. We talk to her about the changes in the industry and how the Effie organization view these changes.

Could you give us an overview perspective on your stance as the industry is changing?

Effie’s mission is to lead, inspire and champion the practice and practitioners of marketing effectiveness. So that means we talk to everyone. We talk to people who create advertising, that be strategy people or the creatives, people who purchase or acquisition, brand marketers themselves. So we talk to clients, we also talk to platforms, Google, Facebook and Amazon, we also have an academic network as well.

Our view of the world is industry. So communications might be part of it but we consider ourselves talking to all marketing people. I think that’s important to make a distinction. My observation as things evolve is that the difference between a product and a brand is sometimes minimal.

In the last year, there’s been significant movement and change. In terms of consolidation, acquisition, new brands coming out, and I’m talking from both sides, it doesn’t matter whether that’s agency side, or client side. There is a  permanent state of change happening.

I think from an agency perspective, the core strategic principles around how you grow businesses remain the same. But the execution that sits behind that has changed significantly.

Is it true that bigger companies are taking over  smaller companies, so it is just the same pool of people?

I don’t think it’s the same pool of people. I think the skill sets are changing, the demand for the skill sets are very different. As a result of that, you’re getting different people. At a very strategic high level, we see people who win, they have to be amazing, creatives, but I mean that in the broadest possible sense.

It’s not about making an ad, it is about being creative and how you innovate.

What is interesting is that some of those people may not necessarily call themselves marketers. But they’re doing a job which a marketing person does. That’s the fundamentals of what you should be doing. So it’s evolving fast.

Is it a global trend?

I think this is happening everywhere. Different regions, or countries are in different places on that curve. A place like China is significantly ahead of the United States, in terms of how they communicate, the way they communicate, how everything is interlinked. For example Ali baba, you can bank with them, can shop with them, communicate with them,  buy cars, it’s such a very integrated platform on so many levels.

When you are judging the campaigns, what exactly are you looking for now that it is a broader spectrum?

Our model doesn’t change. Our model basically, is business context, strategic insight, idea, execution and results. At a certain level, the fundamentals don’t change, that remains the same, the percentage that we are weighted towards results because we are an effectiveness organization. But what has changed is the metrics to measure.

So how do you measure now?

We don’t do that. We don’t define effectiveness. And the reason we don’t do that is one, we want to be modern, we want to be flexible. As the metrics change, we want to evolve and that’s happening quickly. Two, if I have a very traditional brand that saw the concept of crisis, or is a bit flat, my object is going to be very different from a start-up. That’s why we don’t define that at all. But the metrics and how people measure have evolved quite a bit. You can get a little more data than historically. It isn’t a challenge to get data, it is understanding data where the challenges lie.

Lately, we have seen a lot of purpose driven advertisement. Why do you think this is evolving? Is it a trend that’s going to fade out?

I don’t think it’s going to fade, maybe the angles of purpose will evolve and change. There are two things, there are very short term trends. So if you look at the last year, it’s around women and they may evolve year by year, so it may be people of color, the next year. I think on an execution level, it might change. But purpose driven campaigns are here to stay.

I would say over the last two years, you probably couldn’t get an Effie if you did not have a very clear purpose, whatever that might be. That’s being driven by this expectation by consumers, is that your brand has to stand for something.

On the other hand, if your brand is not authentic in what it stands for, people will walk away. If you pretend to be something that you’re not, people are not going to be interested in you.

Is there another trend that we’re seeing alongside this one?

The other trend, more broadly, is the effective work, you have to be really brave. It’s not that we don’t see campaigns that don’t get good results. But to get exceptional results, you have to do something quite different and you’ve got to be prepared. Wherever that ideas may be coming from, agency  or client side, you’ve got to be brave.

What’s your definition of a brave campaign?

Some of the voices here [New York] said that their clients are not brave enough. Are the circumstances similar to the Middle East?

The Middle East has more constraints which are cultural and some of them legal. So by default, it’s constrained but if you look at the campaign that won in MENA, which was about female drivers, that’s brave!

That’s not the same in China, they are more on the track of bravery?

They are willing to fail. They are very driven by growth. I think the other thing that is probably quite distinct about the Chinese is simply the scale. So even if you fail, and you get 1 percent versus 5 percent probably it is still going to be very okay. Their risk profile is much higher.

Does it also have anything to do with the ecosystem of the industry in that particular country?

I’m unsure what actually drives their risk profile, but their risk appetite is high. This might be part due to their strong entrepreneurial culture as well the pace of change that they are dealing with.

How far does data help creativity in the industry?

It’s about people who are developing the creative. To be honest, I can’t really comment on that. I think it would vary significantly. There are some people who are just very instinctive and  some people in some organizations are outrageously structured. There’s no shortage of data. Some people know how to use it really well and others just simply can’t. If you think about, getting an insight, I see papers work to statement effect. But that’s just on the inside, which means they probably have an enormous amount of data but they just haven’t used the data in the right way.

How can any advertiser use data in the right way?

I think it’s been really clear on your business context. If  you don’t understand what arena you are playing in, and how you define that, that makes a big difference. You need to have people who know how to mine an insight. I would say, a lot of people don’t know. It’s very hard to mine an insight and be able to put some data to the side and make the other pieces work for you. But it’s definitely a skill and very few people have that.

In terms of mining data, mining data is simple. I think the mining piece is not the hard piece. We’ve got a lot of AI tools and a lot of instruments. It’s the human side [that is a problem]. So what do you do with that and what does that really mean?

From your experience, what should companies focus on within this spectrum?

There are some skills that probably haven’t been nurtured, invested in. There are more and more people who can code, more and more people who can add to the functionality behind the data, write it. We need to make sure that in the education system, we’re investing in people who can really take that and make that powerful. A combination of someone who knows how to not only see the functionality, slicing and dicing, but also see it from a different perspective. Generally, an insight is someone who has the ability to take the data and almost flip it on its head.

How can companies upgrade their game within the industry?

People need to stay on top of technology. I don’t think everyone needs to be an expert. You need to have this ability to know what’s happening, what’s new, what are the channels, how people measure them. That is really the key. What is sometimes being lost in short termism versus long termism, and that strategic ability to be able to do both. If you can do both as a client, and you’ve got an agency that can support you, I think it is the key.

How can they overcome the challenge then?

They need to have the skill sets to do both and that’s doable. I’ll give you an example, this year was our 5 for 50 and we had five winners. It was across the world. We put no time horizon on it. But only the constraint we had was they needed to have won an Effie to enter. But if you look at some of those brands like Nike, extraordinary ability to stay relevant in the history over the last 30 years at any point in time. They have grown their brand significantly and also their market. It is outrageously creative. So it is absolutely very, very, very doable.

If I was to sit back and say what did they have in common, they had an insight that was so strategically relevant, it had the flexibility to grow. Then you have got different teams, because over that time frame, you have different teams who have been able to stick to the big strategic idea, but evolve it culturally, to still make it culturally relevant over a period of time. So it’s absolutely doable but it’s hard.

They  need to have a vision, I think they need to have a very strong insight. And the other thing is, out of all of those five for 50, which is quite interesting is that they’ve all had long term partnerships with their agencies.

So there’s a human element that underpins that, if someone really knows your brand, they’re going to extract the best.

MENA Effie 2019 is here and will be taking place in November, deadlines:

For more info you can visit menaeffie.com

**Parts of this interview has been edited, for clarification, after publishing the interview upon request from the organization.”