David Droga On What Happened With Accenture
Insights Industry
Back

David Droga On What Happened With Accenture 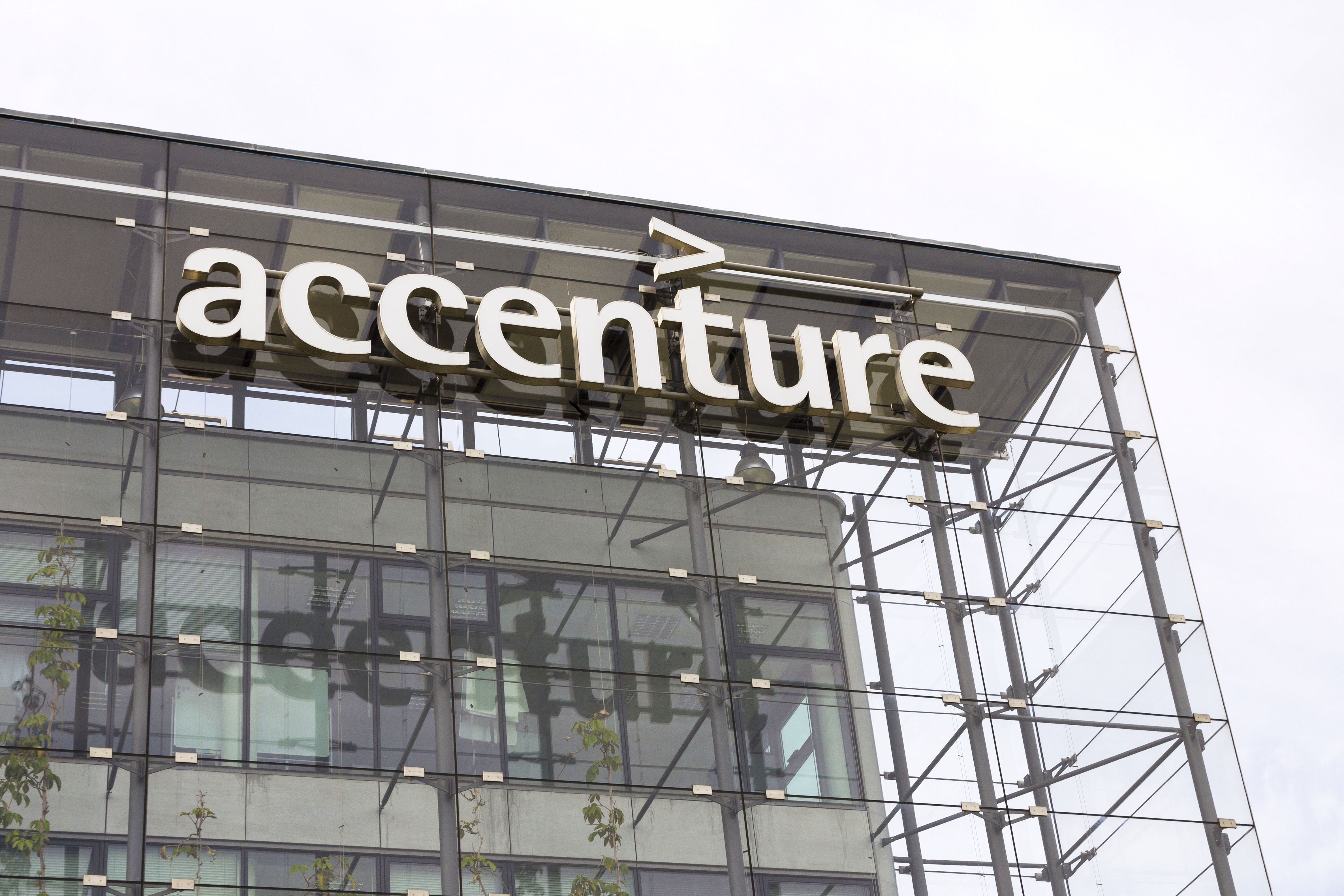 There don’t seem to be as many big, outsized personalities in advertising as there were in previous generations. Think Ogilvy, think Burnett, think Bernbach. It’s something that David Droga—himself no shrinking violet—says he thinks a lot about. “It bugs me,” he says.

He’s certainly doing his share to shake things up, though: The industry’s collective mind was blown when Droga announced earlier this year that his namesake agency Droga5 would be acquired by Accenture Interactive. The consultants are coming for the creatives, the narrative went. Not so fast, says Droga.

We sat down with Droga in New Orleans at the annual Ad Age Small Agency conference, where he delivered the keynote. Droga famously started his shop as a two-man operation in 2006 around a dining-room table. Today it has 600 employees on both sides of the Atlantic.

Here, Droga discusses the three-year journey toward acquisition … and what comes next.

So, any news in your world?
[Laughs.] Well I think that the big news of a few months ago has sort of died down now and now it’s back to just actually proving out the model and working hard. I’m sort of relieved about that.

Are you in any pitches at the moment?
We’re in a lot of pitches, yeah.

Did you have to put a pin in that while the deal was going through?
Yeah, just because it was so much going on and there was so much due diligence and all that sort of stuff. And it’s also just a distraction while you’re actually going through that. It’s not a normal experience that we’re used to. I think it might’ve made us sideline our natural momentum, which is kind of back now already.

You have about 600 employees on both sides of the Atlantic. Accenture has 459,000 employees. They’re more likely to change you than you are to change them.
I thought a lot about it. It was such a slow and long courting period of about three years. There was no urgency to do anything. We spent more time talking about how to retain our cultures, because they have their own culture as well, what the shared ambitions were, and how we were nervous about actually the question you asked. They realize who we are and that doesn’t mean we’re some precious little flower that’s dainty. We are quite a ferocious and thick-skinned entity. We are looking to grow. I don’t think they would destroy us. It’s not going to be like “Of Mice and Men” where Lenny pets the thing to death because he loves it so much.

About five years ago you sold a minority stake to WME, now it’s Endeavor. Did you take anything away from that that informed you as you were making this decision?
Probably indirectly. They’re very different companies with different ambitions, both forces of nature in their own way. I first came across [Accenture] in the most unlikely place where we did a joint pitch for a big government piece of business. So I saw them in their natural environment and they saw us in our natural environment, without any strings attached to it. I got to see how they were presenting the ideas and the thinking and the infrastructure they bring—and I was kind of blown away. And that was the precipice for when we started to talk.

What, aside from scale, are you gaining from them?
Well, their depth and their skillset is second to none. They can really build systems, they can run systems. They have the ear of CEOs and CTOs that no agencies have. I guess everybody was slightly intimidated in the beginning, but they can make stuff that we can never even dream of making.

Like what?
Well they’re making a medical device that’s going to fix heart operations. They do the special effects for “Game of Thrones,” they can create systems for Carnival cruises where they’ll build things that revolutionize the whole ticketing and customer experience. Imagine being able to take our thinking and our ideas and our ambition but having 10,000 coders and engineers that can actually build it.

When you said people were intimidated, did you mean your people?
Our people. Those that weren’t closest to it because a lot of people in our agency relish in our independence and those who don’t know were thinking “Oh, are we just being acquired and we’re just going to be rolled up into something?” And that’s not who we are. This is going to give us a three-dimensional canvas.

Did you lose anyone? Did anyone walk?
We haven’t lost anyone because of that. Look, our people are always the most poachable in the industry. But no, I think that’d be crazy to leave.

What do you think about when you hear people say, “Well, you’re looking for an exit,” or “You’re just selling out.” Do you care about that?
I don’t give a shit about that, actually, because the people who know me know if I was looking for an exit, I would’ve sold years ago. I’m not a retiring type of person. The two ends of the spectrum were: A, it’s the death of creativity, or B, it’s the future of the industry. The only thing I can impact is to try and prove the latter.

There are a lot of agencies that are just so tied up with the founder’s identity and yours is one of them. How do you put stuff in place so that Droga5 remains Droga5 after Droga’s no longer there?
Well this is one of the ways. And that’s not saying that I’m going, but this certainly is one of the ways because it means the agency will be known for more than just the founder’s name. And I’m also very fortunate I have some pretty spectacular partners and up-and-coming creative leaders there already. But when it does come time for me to go, I’m not one of those founders who’s like, “Oh, I hope it burns to the ground as I’m going.” I’m the exact opposite.

The 5 in Droga5, as the story goes, is that you’re the fifth boy? Do you ever think about what influence birth order has on you as a creative or as a person?
As the youngest boy, lowest on the totem pole, my competitiveness, wanting to prove myself has definitely come from that. Creativity probably also came from knowing where I grew up in a national park but also from the fact that my whole life was hand me downs and second rate shit so I’d always have to try and re-engineer it to make it relevant to me and more interesting.

Last year was challenging for you. Your New York Chief Creative Officer, Ted Royer, was accused of misconduct and you parted ways. You also parted ways with Pizza Hut and Ancestry and there was a first year of revenue decline. How do you come out of that?
It was a traumatic year. The Ted thing was very, very emotionally gutting for the agency. He was also a longtime friend of mine and we were very professional about it and it was very unfortunate. I was very fortunate that there’s a very, very strong culture in the company. Business-wise, we actually had to let people go for the first time in our history, which was devastating. But then, ironically, the second half of the year was spectacular. I think we won nine pitches in a row.

You did work for IHOP, for New York Times …
Tourism Australia. But we’d won lots of new business and that’s testimony to the culture of the company—our work wasn’t impacted at all. And friends in the industry, I said to them in the midst of all that chaos, I was like, “This is terrible.” And they were like, “Are you kidding?” They’re like, “You’re going through something that every agency goes through every two years.”

What role does ego play for you? You have a reputation for being confident.
I like to think that I have a very healthy balance between massive ego and massive insecurity. As you have that balance, then you can do stuff with it. But yeah, I feel like you’ve got to earn your confidence and I’m insecure enough to sort of realize how fragile that is. But all I care about is the work we put out and how we treat our people.

So during that troublesome year, 2018, the first half of the year, you were already in talks with Accenture?
We’d already been talking before that, actually. Again, nothing had been formalized. In fact, during that turbulent six months, I actually said, “I don’t want to talk to you.” I said, “There’s no way I’m going to talk to somebody when we’re on the back foot.” I said, “That’s not who we are.”

Ad Age’s Datacenter has calculated that Accenture paid $475 million for Droga5. Any way you can confirm that? Blink twice?
I can actually tell you that’s not true. All I’ll say is, “north.”

Did you buy yourself anything nice?
No, I didn’t actually. I’ve been very fortunate for a long period of time so I kind of have everything I want. As I say to my kids, money makes people more interested in you. It doesn’t make you more interesting.

When does Accenture’s capabilities start showing in the work? When do we start seeing it?
The next 12 months is where, hopefully, you can see this stuff. There’s certain pieces of business that we could never have pitched for.

You started as a small agency, you are no longer a small agency. Do you have tips for small agencies for navigating that growth?
There is great power in being small. You have the tenacity and the craziness to do what you think is right. At the bigger agencies, there are more responsible, smart people put in place to stop you doing great things.

Data has drastically changed the way the business is run just since you started it. How do you think about data’s impact on creativity?
I’m not intimidated by it. I don’t want data to write my things. But if we’re explorers, I want to do it with maps and compasses. And I feel like that’s our job.

What’s the biggest mistake you’ve made?
You assume that the culture touches everybody and that everybody’s having the same experience you’re having. I think when you are smaller, you have that opportunity, but when you get to be a big agency, you just make assumptions that everybody’s on the same [page].

What is it about being Australian, do you think, that has influenced how you create?
Being an Australian is a little bit of an advantage. I think that we’re a likable bunch. I think that we’re very open. We don’t come from a place of thinking we know better, so we sort of fit well in Europe and we fit well in America. I think that our accents make us sound more charming than we are and hopefully there’s enough intelligence behind there to justify it. Because we’re gypsy travelers, we sort of are not afraid to go and explore. We don’t have to make it just in our home town.

Who’s an Australian that you wish were more famous in the U.S.?
Maybe people do know him. If they don’t know him, I think he’s amazing. He’s a musician and comedian, a guy called Tim Minchin.

This article has been published in collaboration with Adage.com
RELATED TOPICS
Accenture David Droga
MORE IN Industry