Self-described “personalized retargeting company” Criteo, which is reported to be bought out soon by Publicis Groupe, recently released the Mobile Flash Report, compiling figures on mobile behavior and usage and the opportunities that lay in them for advertisers and retailers. We’ve recapped the key findings: 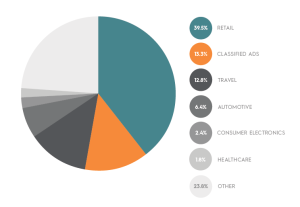 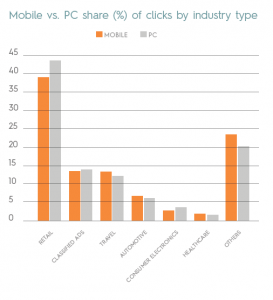 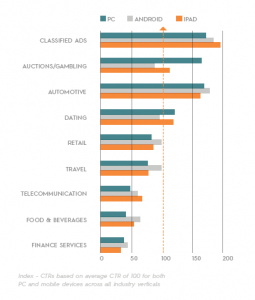 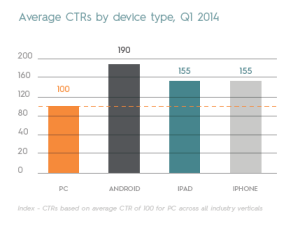 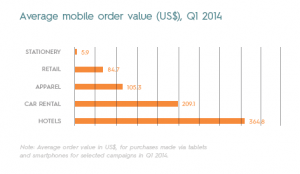 Methodology: Criteo ads reach 924 million unique Internet users, according to comScore figures in March 2014. Criteo collects purchase data from the sites with which it partners in order to provide personalized display advertising. For each purchase that occurs on one of its partners’ sites, the platform records the items bought and their prices, and link this information to an anonymous unique identifier stored in a cookie. The findings in this report come from analysis of consumer data on Internet browsing and shopping behavior in Q1 2014

In this report: “Mobile” refers to both mobile phones and tablets.  “Sales” refer to the online purchases of goods/services from users after they clicked on a Criteo delivered ad. The purchase must happen within 30 days after clicking to qualify as a sale. “Android” includes both Android tablets and smartphones. “PCs” include both desktops and laptops.