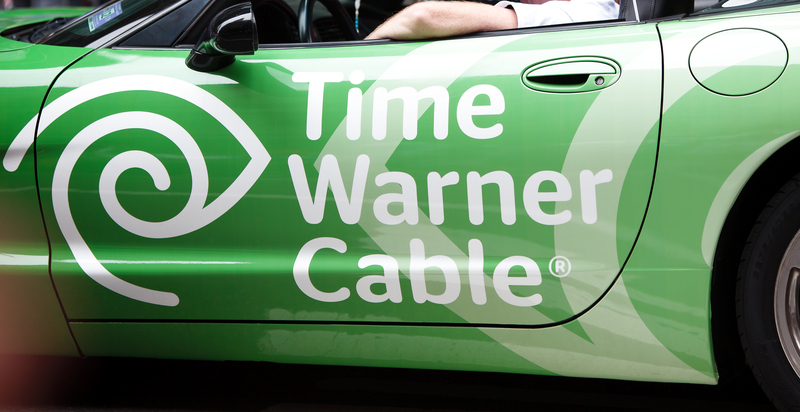 Comcast Corp. and Charter Communications Inc. have discussed a joint bid for Time Warner Cable Inc. to divide its assets between them, people with knowledge of the matter said.

The talks between Comcast and Charter were preliminary, and a Time Warner Cable breakup is one option amid several under consideration, said the people, who asked not to be identified because the deliberations are private. Portions of Time Warner Cable would complement each company’s coverage area, the people said.

A tie-up between Comcast and Time Warner Cable would face tough scrutiny from the Federal Communications Commission, said Craig Moffett, founder of research firm MoffettNathanson. The merged company would have 33.3 million video customers in the U.S. That would account for almost three-quarters of the cable industry, according to the National Cable Television Association.

“The FCC would be concerned that Comcast would have de facto control over what content would be available on television,” Mr. Moffett said. “If a TV programmer couldn’t cut a deal with Comcast, they wouldn’t exist. Comcast becomes a behemoth.”

Comcast didn’t see insurmountable regulatory obstacles to the transaction, since the companies don’t overlap in many regions, while Charter, backed by billionaire John Malone, has been in discussions with banks, including Barclays, Bank of America and Deutsche Bank to borrow funds for an acquisition, two people familiar with those talks said.

But a joint bid could ease any difficulties either acquirer would have on its own.

The renewed takeover speculation sent Time Warner Cable shares up the most in years. CNBCreported on Comcast weighing a Time Warner Cable bid earlier today, while the Wall Street Journal said last night that Charter was in talks with banks to obtain financing.

Mr. Malone, whose holding company acquired a 27% stake in Charter in May, has pushed for more consolidation in the cable industry, saying it will help providers cut costs and get better rates from the networks.