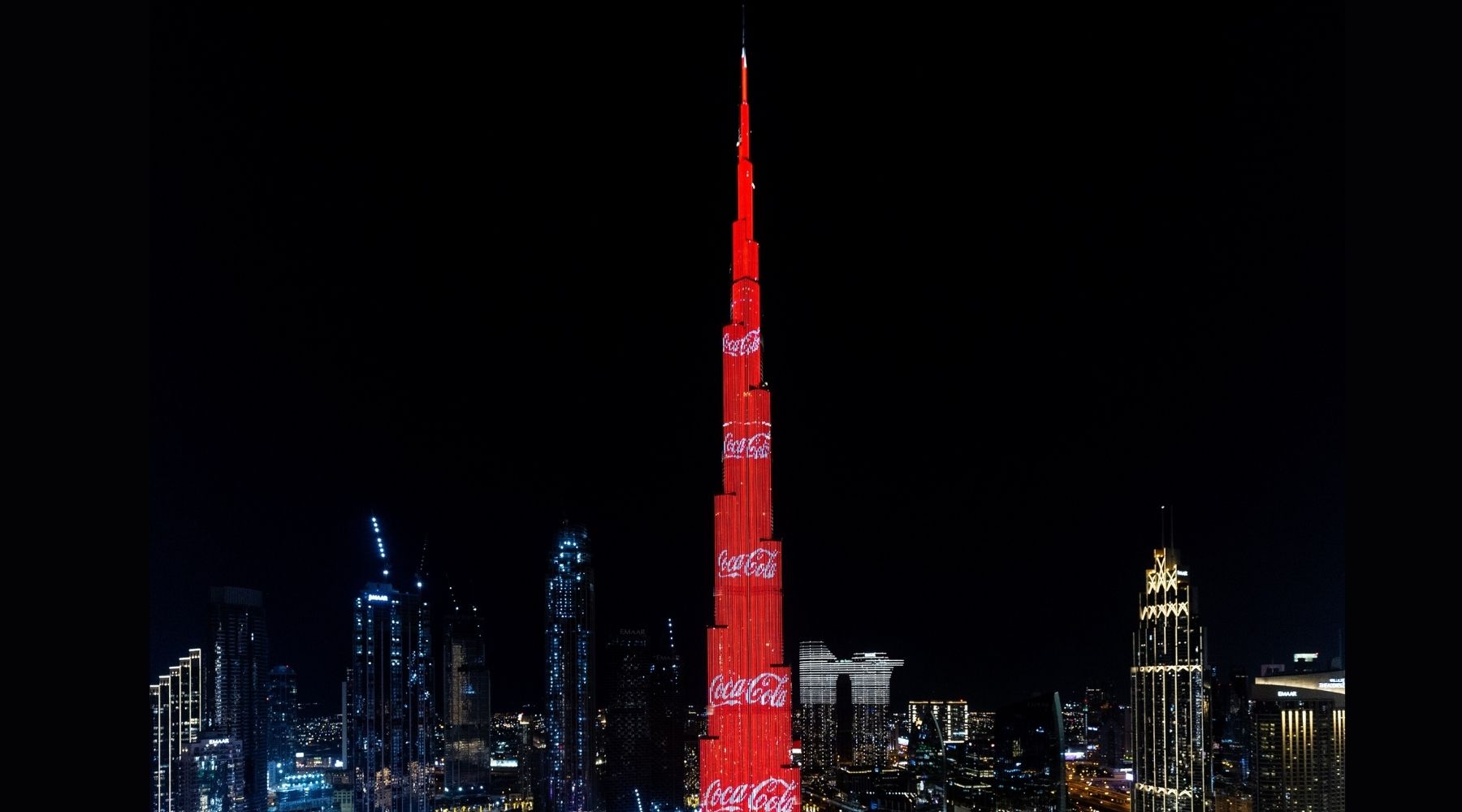 The Coca-Cola Company illuminated the iconic Burj Khalifa to officially unveil its new global philosophy, ‘Real Magic’, alongside the ‘Hug’, a new perspective on its famous logo.

‘Real Magic’ marks the first new global brand philosophy for Coca-Cola since 2016. It refreshes Coca-Cola’s promise, to unite and uplift people every day with renewed relevance for the world we live in today.

The philosophy is built around finding magic in unexpected moments that elevate every day. It also acknowledges the many contradictions experienced as new generations find harmony and human connection in a virtual and divided world.

“Magic isn’t about the unbelievable or mystical, but about those moments of real human connection. Real Magic can happen at any given moment and can be extraordinary,” said Tarun Sabhlok, Region Marketing Director – the Middle East at The Coca-Cola Company. “The Real Magic philosophy is rooted in the belief that differences can make the world a more interesting place, so there was no better place to celebrate the Real Magic of humanity than in the most diverse nation in the world, on the most iconic landmark in the region – the Burj Khalifa.

‘Real Magic’ was launched alongside a refreshed visual identity and a new perspective on the brand’s famous logo. Inspired by Coca-Cola’s classic packaging, the hug logo lifts the curved Coca-Cola trademark on bottles and cans to provide a visual signature that will embrace and frame moments of magic.

“Coca-Cola has existed for over a century, recognized the world over as a universal symbol of optimism. It is more than just a drink; it is magical, and the new Real Magic philosophy captures that perfectly,” added Sabhlok

Coca-Cola is collaborating with renowned artists, photographers, and illustrators to bring the concept of real magic to life by embracing the hug logo. Through their own distinct and unfiltered lenses, the artists will create moments of everyday magic in ways that are inclusive and collective, yet individual and expressive. Design partners include global companies Wieden+Kennedy London, KnownUnknown, and Kenyon Weston.