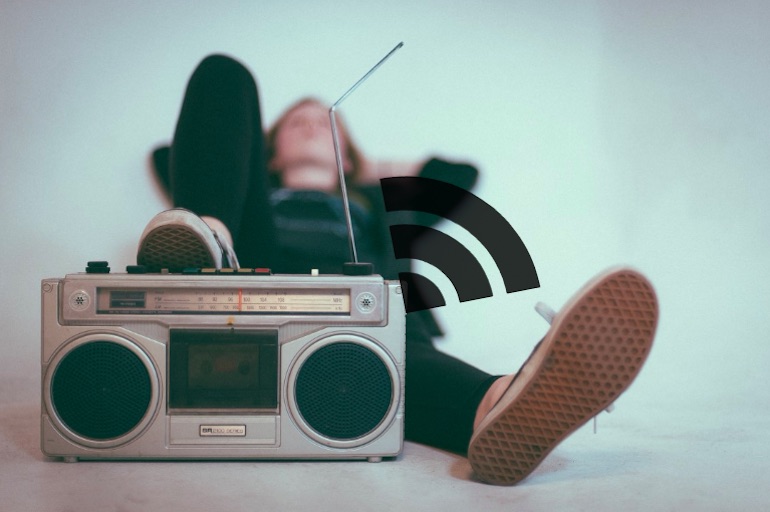 The show was hosted by James Piecowye, a professor at Zayed University and co-founder of Creative Mornings Dubai, who announced that he would be going ahead with a new podcast platform.

“We are going to keep the content that was Nightline alive via a podcast,” he says.

The podcast was downloaded 56,750 times this year. Its current title is JamesCast, but will soon take the working title of Sofaologo, conversations from the sofa, says Piecowye.

“What we learned over the last 11 years is that people like the comfort of regular consistent content. Listeners also like to be spoken to with respect and not spoken down to – this is obvious. We have also discovered that people who listen on the radio will migrate to podcasts when they cannot listen in the car or if they move,” explains Piecowye.

Andrew Thomas, managing director of digital marketing agency Nexa is creating the local podcast distribution portal. CarTalk, CarClinic, TechTalk, GetFitRadio, JukeBox and a feature interview program will make up the podcast in addition to Arabic language content focusing on marketing among other things.

Piecowye asserts that the new podcast is a labor of love more than a pursuit for money. “All of the people involved in Nightline want to stay on as they never did the show for money,” he says. “We do hope to monetize the platform. [However,] that would be a bonus… Our prime goal is to communicate the ideas that people have grown to love.”

MUST READ: The REAL reason behind the decision to let Saudi women drive. No, it’s not equality.

The business model for the podcast will be based on sponsorship rather than a paywall or subscription. “Each podcast could have a sponsor such as Jumbo for TechTalk, Nike for GetFitRadio and that sponsorship will be communicated at the start of the podcast,” explains Piecowye.

Despite no new content, the podcast received over a 1000 downloads in the last week, which “tells us that there is an appetite for what was on Nightline and that if we promote the content more aggressively we can scale our audience,” he adds.

The new podcast is scheduled to go live in mid-August with a full launch in September.