The 50/50 Vision NFT from BinSina has been released as part of the pharmacy’s tribute to the UAE’s 50th anniversary – and has already attracted considerable attention. 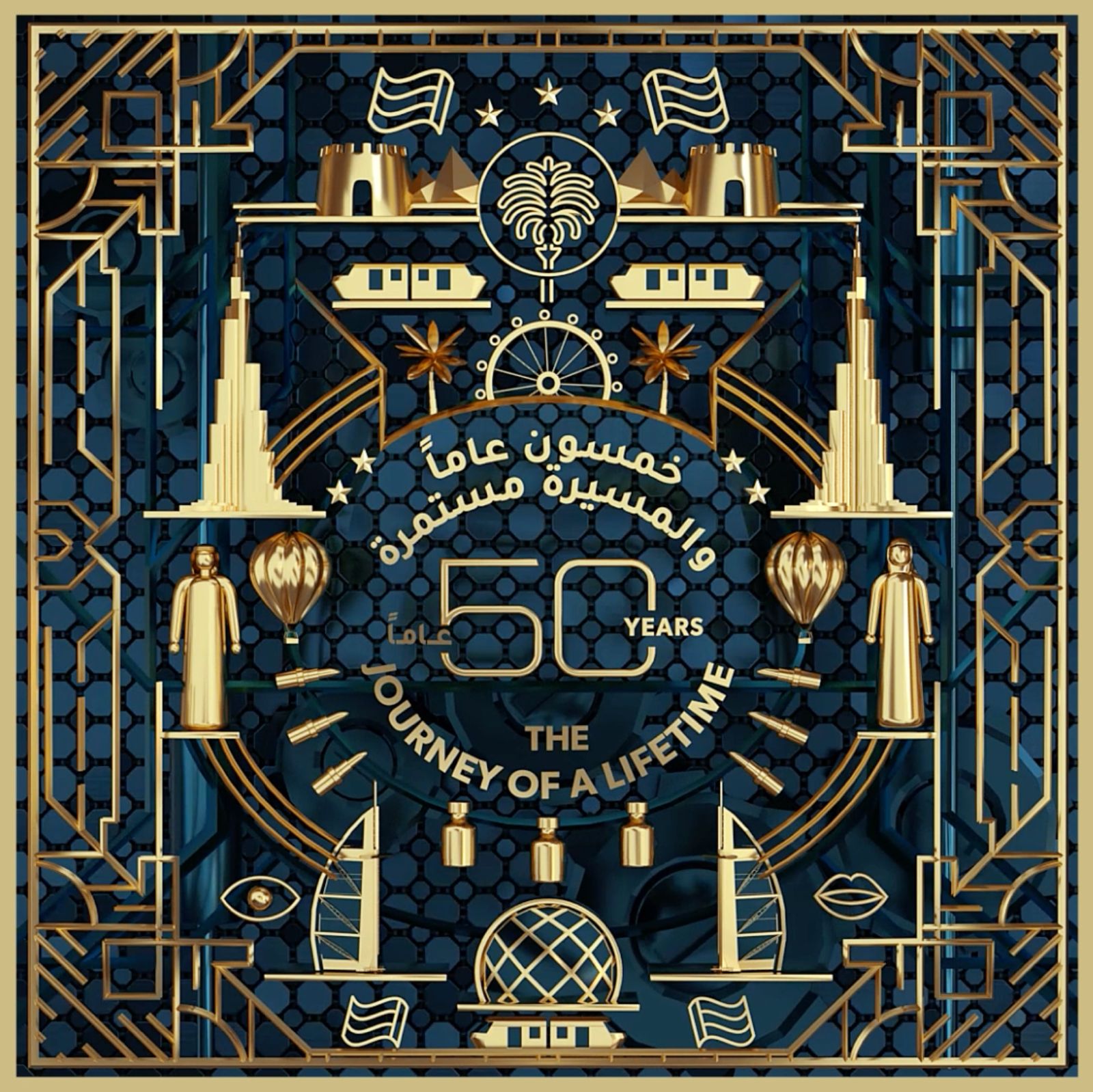 BinSina, the country’s oldest pharmacy chain, originally captured the golden jubilee spirit by using traditional media. It created a mural that told the country’s story, evolution, and progress in the past 50 years. That mural was showcased in its 120 shop windows.

To capture the future’s spirit on the 50th anniversary, BinSina used a new form of media, turning the mural into a non-fungible token – better known as an NFT.

Adding effects and animations to the mural design, communications, and advertising agency, LivingRoom transformed it into a memorable work of art that appeals to the digital marketplace. It then created a MetaMask wallet and uploaded the NFT on OpenSea. The NFT’s Discord server had a boost of 500+ new members shortly after its OpenSea release.

“It is interesting to see if this new art form can be a new revenue stream for clients. There is the potential to see a massive return on investment by turning good advertising into great art,” said Seyoan Vela, Chief Creative Officer at LivingRoom.

The potential for clients to turn advertising into NFTs remains to be seen, but this could be the first of a new norm. The metaverse has the potential to shake up marketing the same way the internet did, with clients and their agencies having a new challenge and a new opportunity. Agencies, which have only relatively recently adapted to social and content creation, will in the near future have to incorporate the increasing development of AI and the employment of VR and AR in their communication solutions.

As one of the first NFT creators in the region from the communications community, LivingRoom tries to inspire and build a community for local-based NFT artists of today and tomorrow.

The auction is now happening on OpenSea via Ethereum.